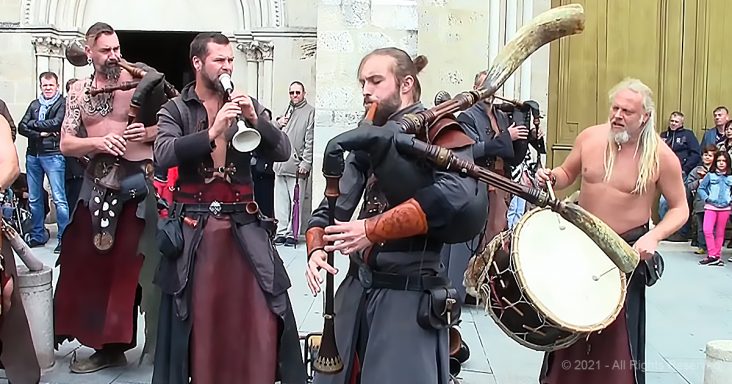 We’re all well aware that different cultures have unique forms of entertainment. The Irish musical group Prima Nocta sticks to their roots when they perform jaw-dropping songs on the streets of France.

They’re dressed head to toe in full Celtic attire and have found themselves with quite a loyal fanbase thanks to social media. Prima Nocta regularly performs anywhere they can to bring people a bit of excitement.

The electrifying group was visiting Brie Comte Robert, France, when they decided to hit the streets. Dressed in traditional kilts, they start with a show-stopping bagpipe solo that gets the whole show going.

Every band member puts their entire being into this performance, and you can see it.
The crowd continues to grow as the song keeps going. They’re energy builds, and when the song comes to an end, the street was left mesmerized.