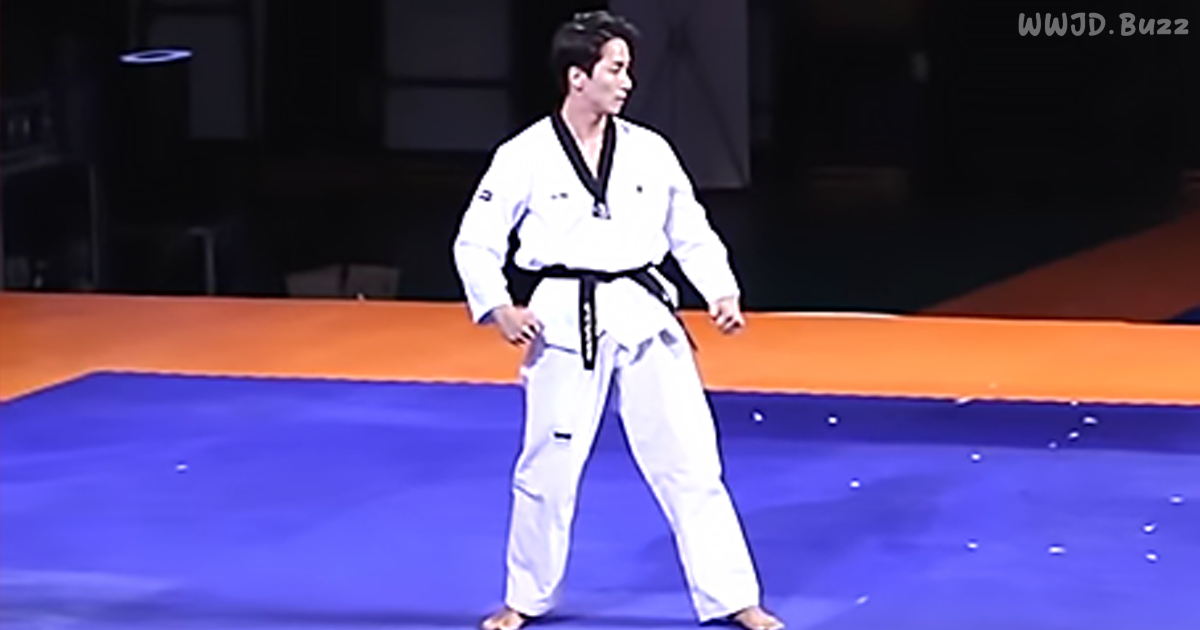 Martial arts is a combination of skill, strength, and years and years of practice, especially when you are involved in a group routine. This video of a martial arts team highlighted just how true this is.

The Jeju World Taekwondo Hanmadang is a huge annual international martial arts event. The 2018 season was opened with a jaw-dropping opening ceremony presented by the Kukkiwon Demonstration Team. The South Korean martial arts team put on a nearly twenty-minute-long routine that had people gasping all over the world. In fact, they showcased several brand-new taekwondo techniques that had never been seen before.

The team put on such a brilliant display of their Taekwondo skills, showing just how well-trained and talented they were. Their stunts included intricate, synchronized shows of self-defense, Taekwondo gymnastics, and many other almost unbelievable stunts. There was nothing ordinary about their demonstration.

Each individual of the team knew exactly where to be and when to be there. The level of skill, timing, and synchronicity is astonishing. One especially impressive stunt during the demonstration was when two team members broke ten boards in a row with spinning kicks.

Throughout the clip, you’ll see boards being broken like they were wet paper bags. Some jump kicks were so high that the assisting team members had to hold the boards on extendable sticks.

No Rae, a taekwondo master from the NRG Taekwondo Institute in Hong Kong, spoke to ABC News about the demonstration, “It definitely is a historic performance…The moves overwhelmed the world audience in awe as they incorporated double two-story-high jumps on the practitioners, smashing boards as high as 42 feet up in the air.”

As with nearly anything, there were some people who felt like they had to criticize the demonstration after it was posted online. They thought the martial arts stunts would be “impractical” in legitimate combat.

One commenter responded best: “The display of agility and precision is outstanding…if they were giving these strikes with a stable platform on the ground it would cause damage.”

Whether or not you feel this is practical for actual combat, the skill and strength the Kukkiwon Demonstration Team showed must be respected. Each member of the team performed his stunt or role flawlessly and in complete uniformity. You won’t believe your eyes.