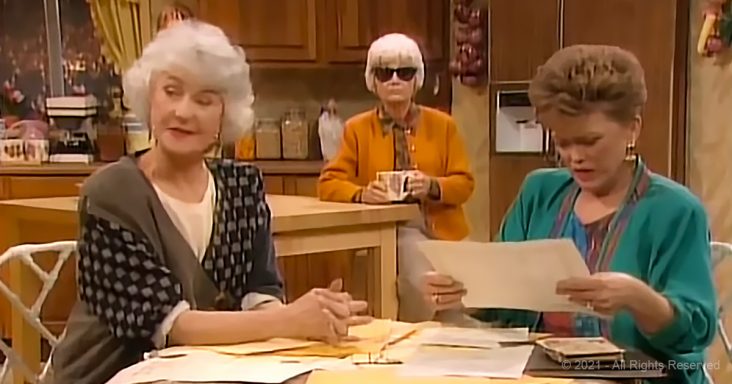 Blanche is upset that she’s actually a Yankee and Sophie can’t see in this hilarious clip from the 6th season of The Golden Girls. We can’t stop laughing.

The Golden Girls are up to their usual shenanigans in this clip from Season 6. Even if you’ve never seen an episode of the show, it’s easy to see the appeal just from this scene alone.

Blanche is trying to get into the equivalent of the Daughters of the American Revolution, toting her Southern heritage proudly as always. As she and Dorothy open the results of her genealogy research, Sophia walks in with a pair of sunglasses.

Apparently, she’s lost or broken her own glasses, so she has to wear these. They’re prescription, so she can see a little. However, everything is dark. “Who’s the black guy?” she asks Dorothy, referring to Blanche.

As Dorothy reads through the genealogy results, she finds that Blanche’s great-great-grandmother was Jewish and from New York, which puts her membership in the club at risk. She can’t believe it, but Dorothy can’t stop herself from making jokes about it.

“I can’t be Jewish!” she exclaims before Sophia walks back over. “I’ll be damned,” Sophia tells Dorothy. “The black man is prejudiced!” The layers of humor in this scene are very typical of this show. This is why its loyal fans keep coming back for more! 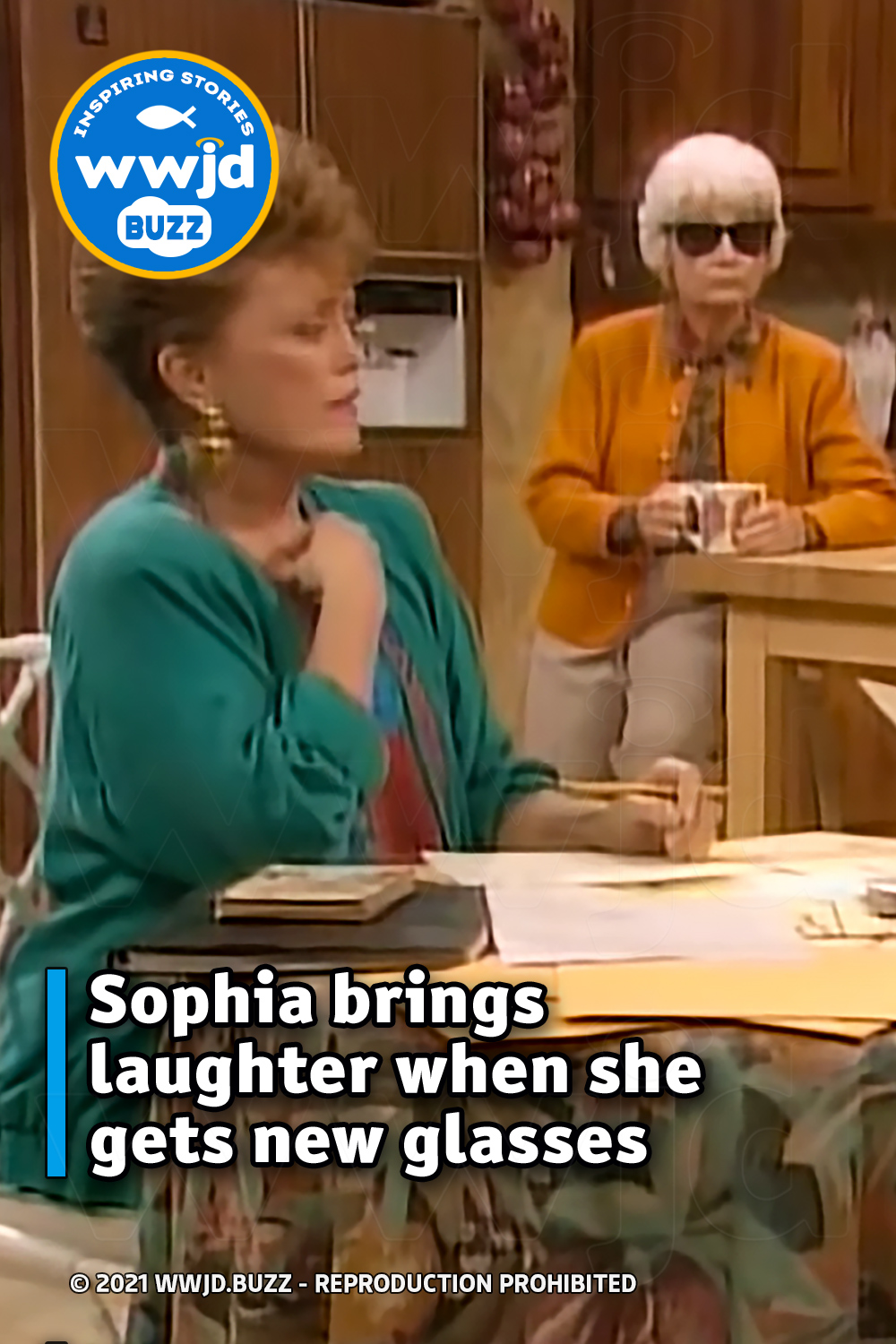