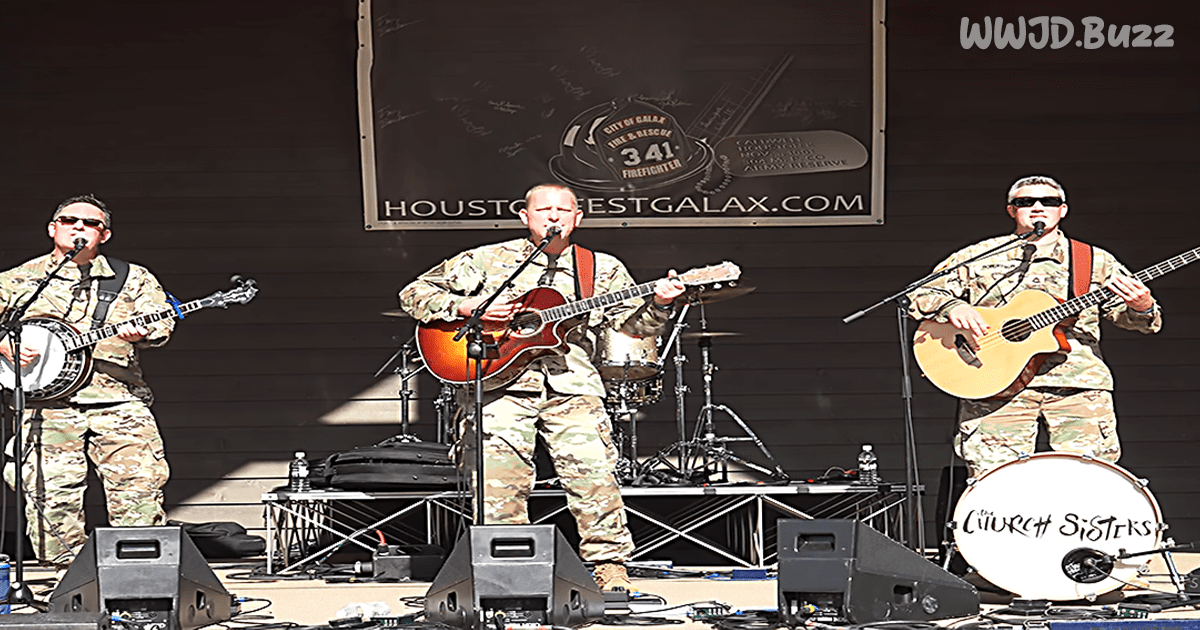 The Military is full of talented musicians.  Every branch has a particular group that goes and performs in front of audiences all over the country.  It is a way for them to not only utilize their creative talents but also promote Patriotism.

The Army has a famous group known as the Six-String soldiers, and they are well known for doing covers of Country and Western, Folk and some Bluegrass songs.  They play several string instruments, and they do so flawlessly.

At Houston Fest, in Virginia, the group performed in front of a large audience who was excited and enthusiastic about getting to see them live.   This band is an internet sensation and has 100’s of thousands of views on YouTube and Social Media.

The group entered the stage with their guitars in hand and began to sing one of the most famous songs ever written, “Seven Spanish Angels” that was originally recorded by Willie Nelson and Ray Charles.

The musical gifts were on full display as the Six-String Soldiers performed this song with perfection.  As they sang together the voices meshed perfectly as if they were professional musicians.  You almost forget that their real job is fighting for our country.

They performed with such emotion that it was sure to create a joyful experience for the audience.  You could see the band smiling during parts of the song when the people in the audience gave very audible reactions to the surprising shifts in their old school harmonies, reacted to those tight harmonies.

The United States Military is the best in the world, and it is built up of men and women across the country that have multiple talents. The military officials who allow the tradition of these musicians to continue should also be commended.  Look for more from these talented musicians.

Also check out this version with Willie Nelson and Ray Charles, too.