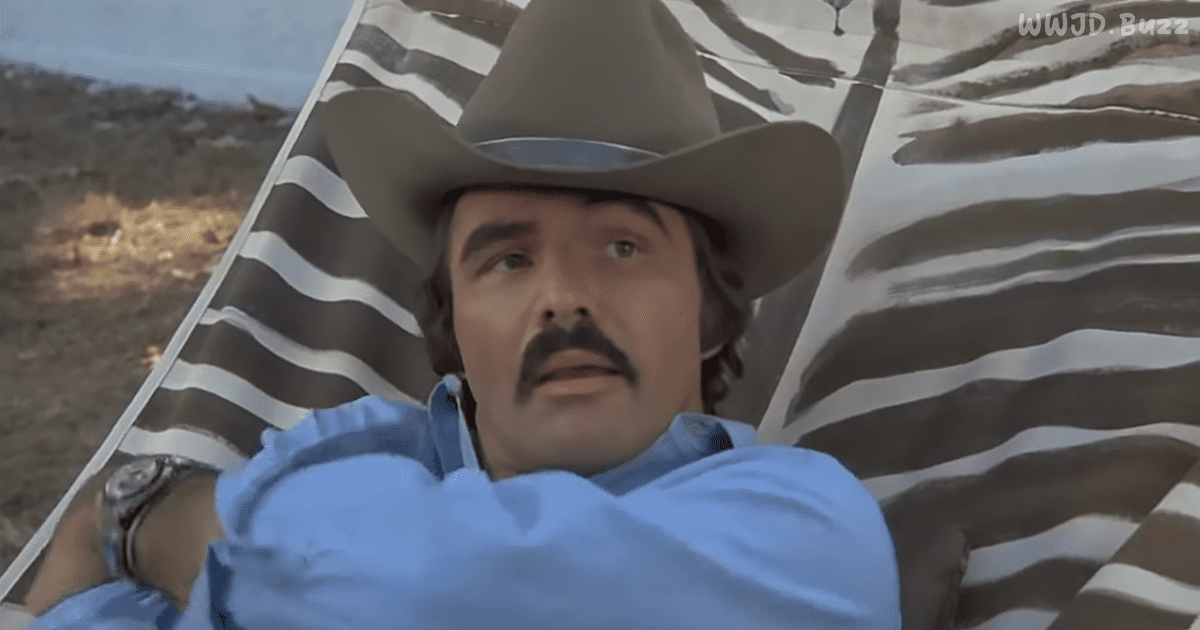 Packed with fast car chases and lots of action, Smokey and the Bandit delighted millions when it hit theatres on May 27, 1977. Years later, this classic film still maintains its iconic status today.

With Burt Reynolds in the lead role along with country music artist Jerry Reed, Smokey and The Bandit is a strong favorite among country fans. The film’s musical score and soundtrack feature some of our favorites, including Reed’s signature piece “East Bound and Down” which song reached #2 on the country charts.

The movie’s talented line-up of stars included not only Burt and Tim but also Sally Field and Jackie Gleason. With a well-thought-out script and these stars leading the charge, it’s easy to see why people are still talking about it (and watching it) today.

But I bet there are a few facts you probably don’t know about the film and the stars that you’ll find surprising, if not shocking. Head on down below and let’s dish!

This was director Hal Needham’s first film. He came up with the story behind it and had a lot of faith in it but the producers didn’t feel the same way.

As Needham confessed in a later interview in Fortune magazine, no one seemed to like the idea of him directing a film. Of course, they quickly changed their minds when they heard Burt Reynolds was going to be in the film.

At the time, Reynolds was the country’s biggest star and he was in high demand. Once Needham reframed the movie as a Reynolds project, the money came pouring in from producers.

They didn’ think the could get Burt Reynolds Because of the films limited $1 million budget. However, after Burt Reynolds agreed to appear in this film he was given the lead role with originally assigned to Tim Reed.

Reed was re-cast in the role as Bandit’s friend Snowman, and we can’t imagine him as anything else. He pulled it off with aces.

Just imagine how different the movie would have been with Reed as Bandit…and no Reynolds at all!

Everyone who saw Smokey and the Bandit immediately fell in love with Snowman’s pet Basset Hound called Fred. Although the pooch was playing the role of Reed’s pet, Reynolds was really the one responsible for choosing the canine.

Presumably, the dog in the movie was specially picked by Reynolds. The reason why he decided on that special dog? Because she refused to obey commands!

Fascinating way to go about casting, but it looks like it worked wonderfully. I don’t think the same strategy would work casting human actors though!

Cast as Sheriff Justice in the film, Jackie Gleason established firmly in the minds of America that he was one of the most exceptional actors of his era. Believe it or not, Gleason improvised 90% of his lines!

Now I didn’t know that! When you can make up instantly funny material on the spot with the cameras rolling, that is a real talent, my friends.

It takes a great deal of talent to be able to make material up on the spot like that. But Gleason was a pro at it, and his performance benefited as a result.

Everybody remembers those Trans Am’s. This movie featured not one but two different generations of the Pontiac Trans Am. Unfortunately, the cast and crew only had use of three Trans-Am cars during the entire film because of the limited budget, but that’s not the worst of it.

The cars they had taken a lot of abuse from the rigors of filming and all of the astounding vehicular stunts. When they finished filming, the cars had just about had it. During the final days of the filming, mechanics were on hand to get the cars running when they weren’t cooperating.

Funny though because with all the high-speed chases from beginning to end, you wouldn’t know they were basically clunkers when they wrapped up the film.

Reynolds reported in a later interview that an executive at Pontiac assured the that Pontiac would give him a free car, just like the one in the film.

As soon as the film hit the theatres, the 1977 T-Top Trans Am started selling like wildfire. But despite the films massive success at the box office and the soaring sales figures, no Trans Am materialized. Reynolds, being the humble man that he is said nothing.

Later he learned that the executive who promised him the car had retired. The new man in charge refused to honor his predecessor’s promises and so Burt never got his car.

Every movie has to have an iconic theme song. That’s why I need him at Reed to tap into his country music talent And come up with Hey Catchy tune For the film. Reed was more than happy to oblige and matter hours he came up with “East Bound and Down.”

When Needham heard the song for the first time, he was shocked to silence. He knew this was an instant classic. His reaction was priceless, “If you change one note, I’ll kill you!” he said. Thus “East Bound and Down” became his signature song.