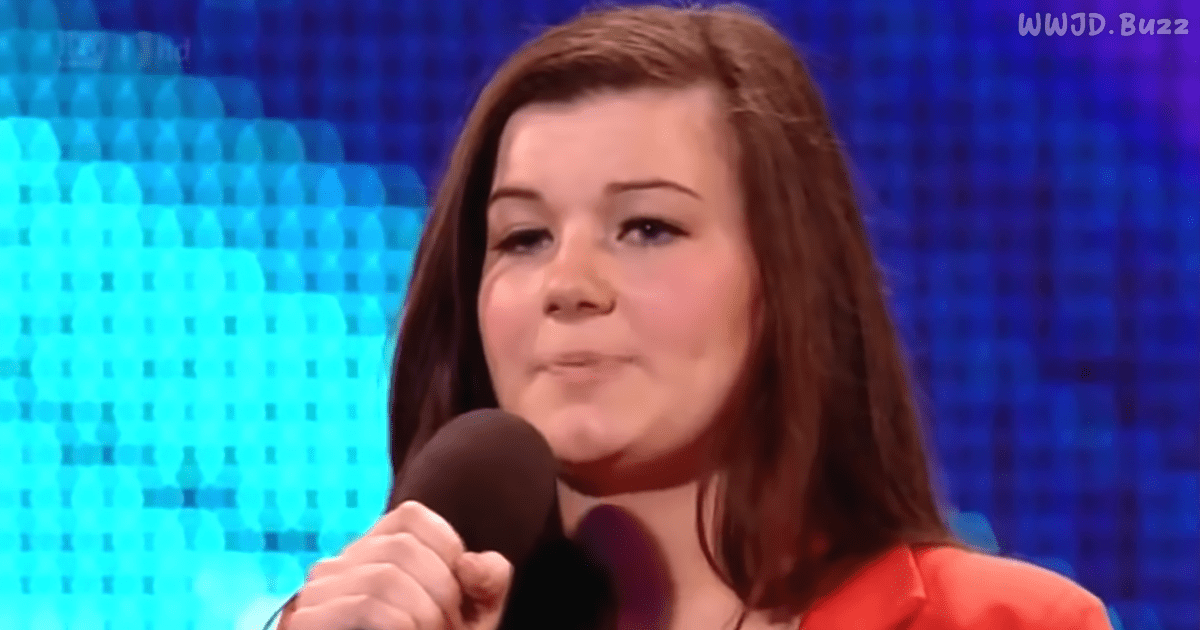 “Don’t judge a book by its cover” is an old phrase that still rings true today. This is especially true in the case of Jonathan Antoine. Growing up, Jonathan was constantly bullied at school for his weight. Now, at seventeen years old, his self-confidence has really suffered because of it.

You wouldn’t expect someone like this to be auditioning for Britain’s Got Talent. However, thanks to the support of his loyal school friend, sixteen-year-old Charlotte, the two decided to step out of their comfort zone and audition for the show.

Dressed in jeans and an oversized, worn sweater, Jonathan walked out onto the stage with Charlotte. The judges had seen many acts that day – quite a few of them pretty painful – so when the pair came out onto the stage, the judges looked very unimpressed. Simon Cowell even whispered, “Just when you think things couldn’t get any worse…”

Simon asked the pair a few questions about themselves, and timid Jonathan let Charlotte do most of the talking. For some reason, though, Simon didn’t like that and gave him a hard time about it. The duo gave the production team cue to start their song. They chose the song The Prayer, a well-known duet sung by many other famous singers.

Obviously nervous, Jonathan stood holding the microphone with a shaking hand. The audition started off on the wrong foot after a false start by Jonathan, but once Jonathan started singing, everything changed. The judges’ eyes grew wide in astonishment at the huge, booming voice that was coming out boy in front of them. Jonathan’s appearance hid the fact that he was an operatically-trained tenor.

Their voices filled the auditorium, but when Jonathan started his solo, it was clear that the crowd favored him over Charlotte. At the end of their performance, both the crowd and the judges stood to their feet in excitement.

The judges gave the duo rave reviews, but Simon frankly told Jonathan that he should “dump” Charlotte and go on as a solo act. Jonathan wouldn’t hear of it, though. Charlotte had stood by him and defended him during all those years of bullying, and he was going to stand by her now. He replied, “We started as a duo; we’ll stay a duo.”

Alas, it was not meant to be, but it’s great that Jonathan and Charlotte are both doing well in their solo careers. What I will never forget is that Charlotte filled out the application for the show without telling Jonathan. At that time, Jonathan was depressed and believed he was going nowhere in life. Charlotte gave Jonathan and the world the greatest gift imaginable. What a great story.

If this amazing performance gave you chills, please share Jonathan and Charlotte’s audition with your friends and join the conversation going on down below.

Watch Jonathan and Charlotte Perform “The Prayer” For The Finals