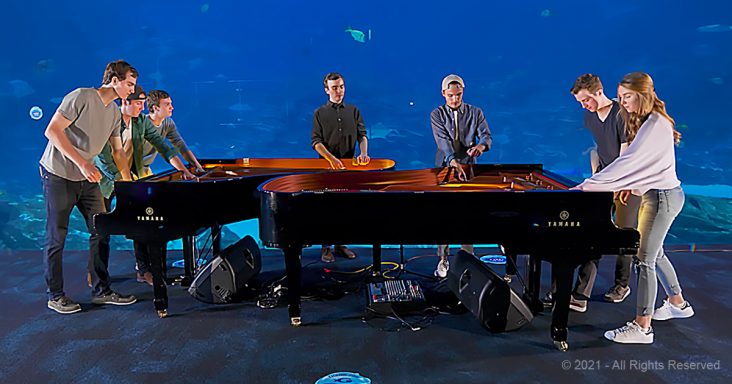 Fish in the Georgia Aquarium had a front-row view of this incredible performance by The Rogers Family.

The world-famous Georgia Aquarium was home to an incredible performance when The Rogers Family covered ‘Under the Sea.’

The family musical group used two pianos as well as several percussion instruments to produce a charming version of the Disney classic, with a clever musical arrangement. 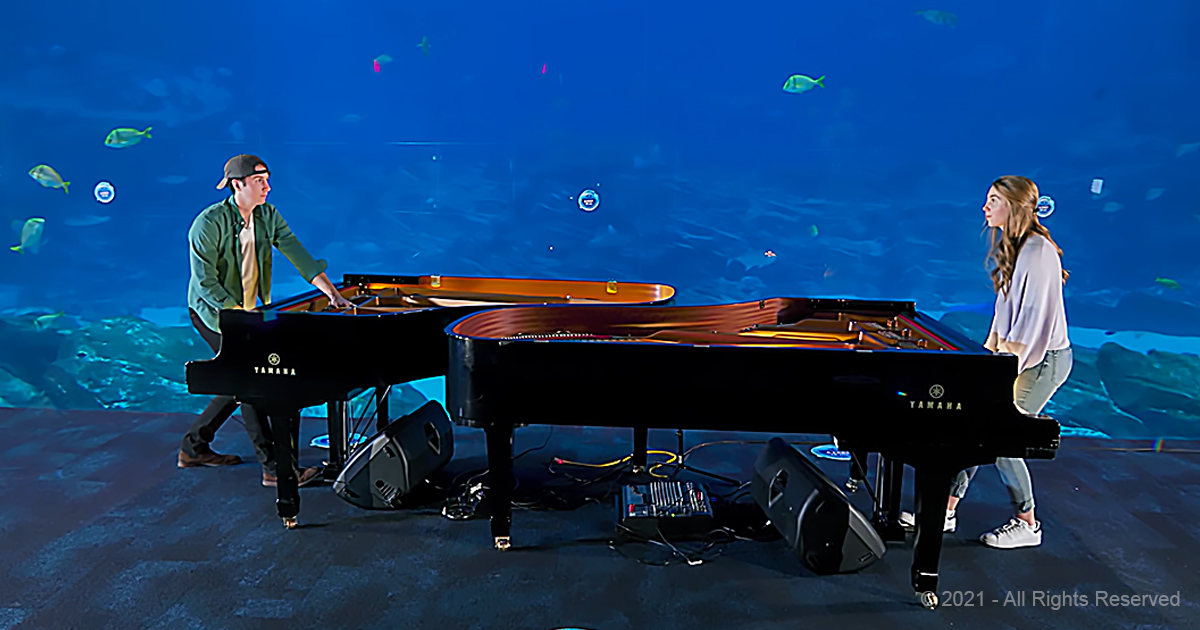 The scene of the performance was as beautiful as the show itself, with gorgeous sea life swimming slowly in the enormous tank that served as the backdrop for the show.

As the song played, the siblings continually switched positions and parts, giving each member the chance to contribute in each part of the production.

They also briefly covered another hit from the same film with the song ‘Kiss the Girl.’ Overall, it was an enchanting performance by a talented group. 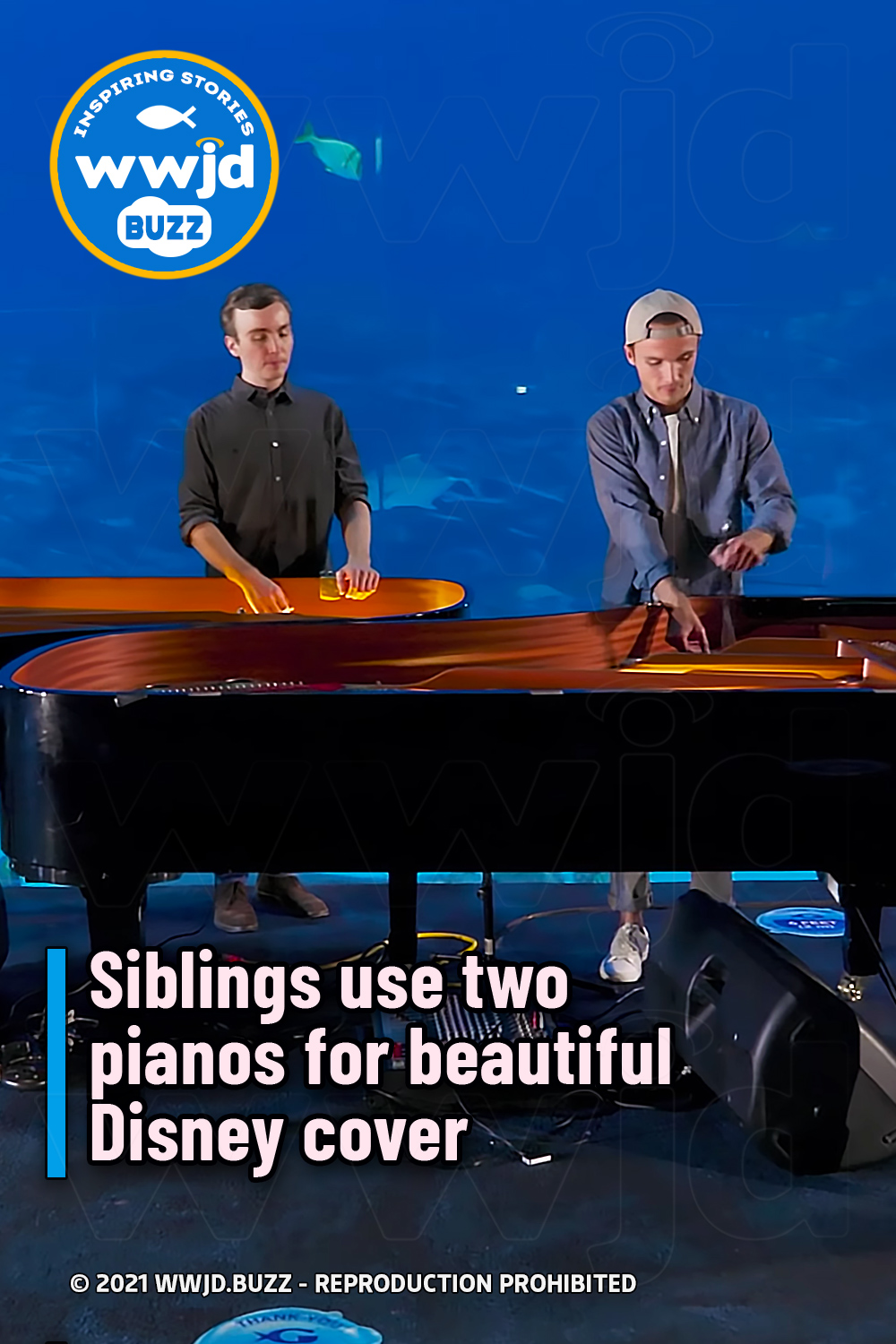