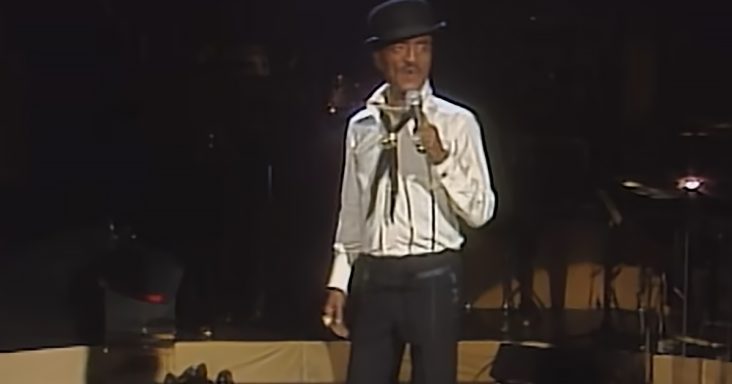 Sammy Davis Jr. was a man of many talents. Audiences from all over the world loved to see him perform, whether it was a comedy sketch or a jazz concert.

In his sold-out show in Germany, Sammy told the crowd that he would perform one of his favorite numbers. This was a song that he sang at every concert.

The lights dimmed. Sammy put on a black bowler hat and began to whistle. The crowd cheered because they knew what song he would sing. It was a favorite of theirs too.

Sammy told the tale of a man he met in the South named Mr. Bojangles. Mr. Bojangles loved to dance and laugh his way through life. Sammy eloquently portrayed his carefree style.

Sammy had such a talent for telling a story that made you believe you were sitting right next to him, talking to Mr. Bojangles too. Sammy showed off some of his classic dance moves as he sang.

The emotion he conveyed through his voice, on his face, and with his body was captivating. He ended the tale the way he began, whistling in the dim light.

The audience gave Sammy a standing ovation for his performance. He thanked them for their love and support with a charming smile and bow. What an absolutely talented performer he was!