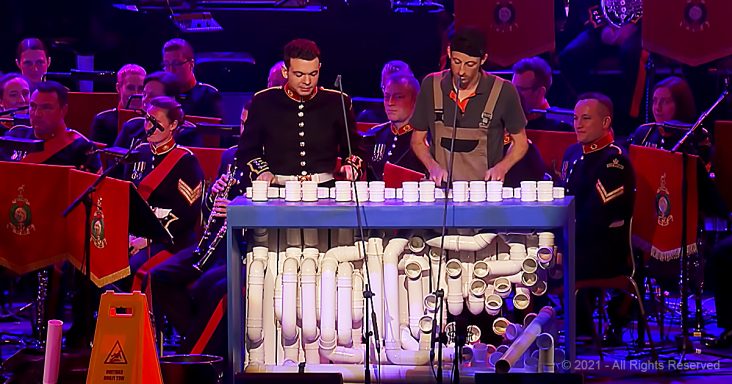 This hilarious percussive duet by the super talented Royal Marines band will be the funniest thing you’ll see today.

The British Royal Marines band is known worldwide for being an incredibly talented musical ensemble. This pair of percussionists show us that they are also absolutely hilarious!

Playing to a packed-out Royal Albert Hall, one percussionist leads the show, playing classical hits on his xylophone. Unfortunately, there seems to be a leak somewhere as a loud drip keeps interrupting proceedings. 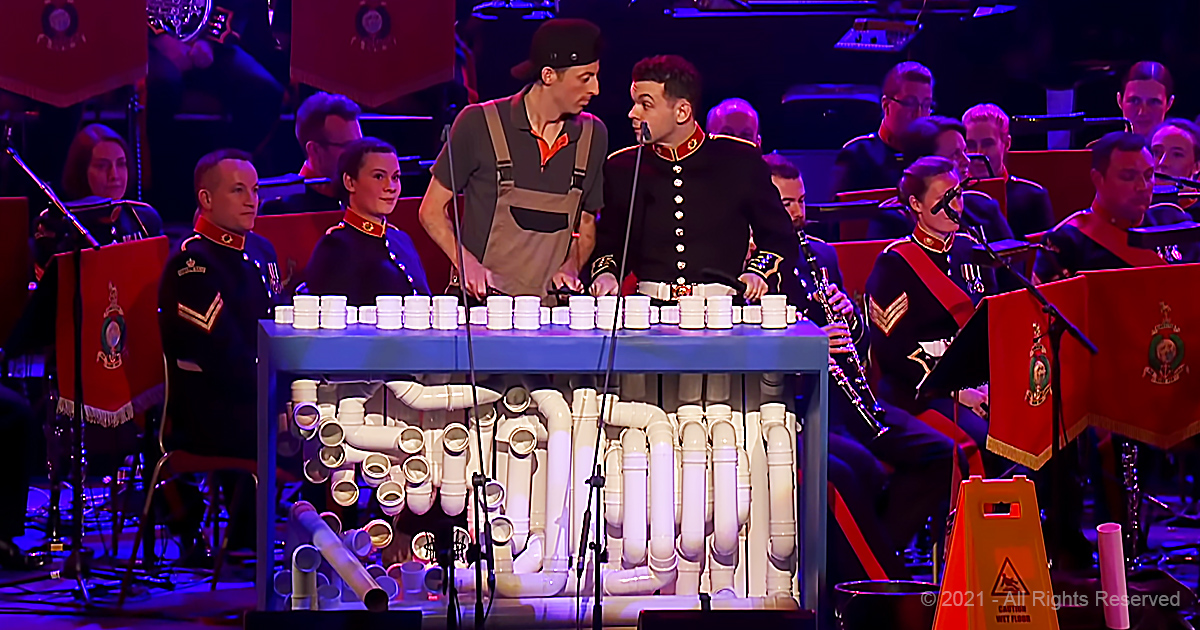 The marine’s comical timing is impeccable as he incorporates the dripping sound into his playing. Continuing with true theatrical flair, the marine decides to call a plumber…

We are then greeted with the hilarious plumber who produces a VERY large pipe to fix the problem, getting an enormous laugh from the audience as the joke is revealed.

The pair then proceed to play a duet of well-known musical hits on the xylophone and plain old plumbing pipes! The sound is truly unique and has to be heard to be believed.