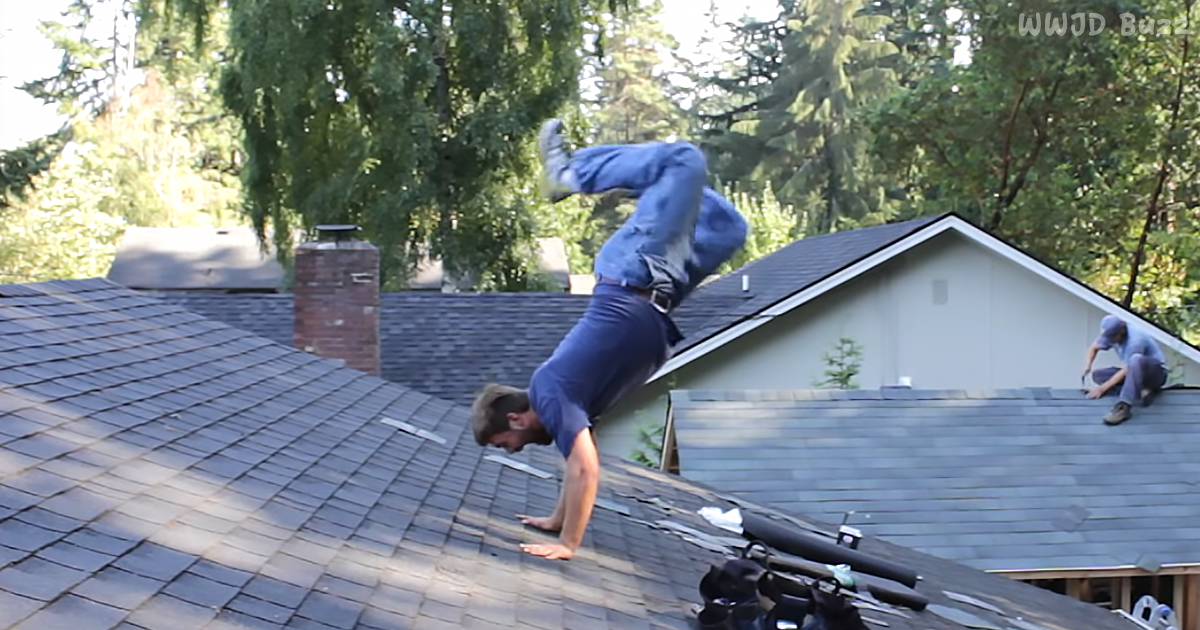 Roofer Andrew Wilcox was part of a group erecting a shed near a house when he couldn’t resist the urge. “Bailando,” the hit song by Enrique Iglesias, blasted from the radio, and Andrew’s reaction has gone viral. He heard the music, and then he couldn’t stop himself from feeling the music.

Andrew busted a move so funny it has everyone who sees the video howling. He couldn’t resist the urge to sway and shimmy, grooving to Iglesias’ upbeat ditty. The video is a hoot. Thankfully someone was there to catch his spontaneous rooftop maneuvering.

Andrew himself uploaded it to YouTube, where it has become a growing sensation. It’s gotten over three million hits and counting, with numerous commenters offering effusive praise for Wilcox’s groovy rooftop dance steps.

Surprisingly, one commentator who also identifies himself as a roofer insists that he and his coworkers also drop their tools once in a while for an impromptu dance-off. Andrew, who is clad in the dark blue top, maneuvers across two structures as he performs, going for broke with his arms and swinging hips. He attempts to salsa, then pulls off a few other steps atop the shed.

Some of his steps look downright dangerous, as though he might slip off his slanted dance floor. His jump is amazing, even if alarming, considering his location. And he doesn’t stop there. He also clicks his heels and manages an awe-inspiring, unbelievable handstand.

Before long, his coworker can’t resist the urge to jump into the fun, joining in on the show. Both men are hilarious to see. You won’t be able to tear yourself away. Andrew shimmies free of his tool belt and brings down the house. His grand finale will leave you in stitches. Click on the video below to see his awesome rooftop dance show for yourself. 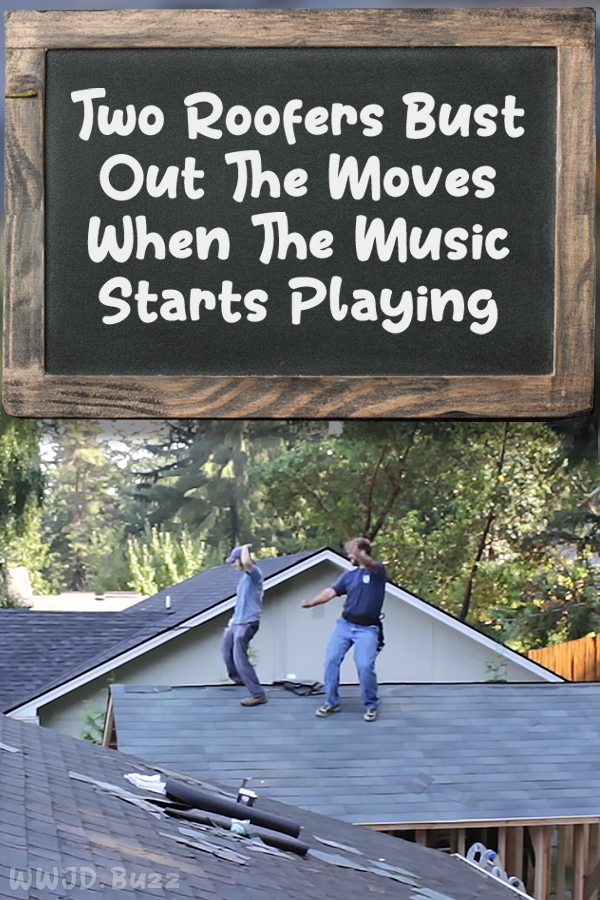