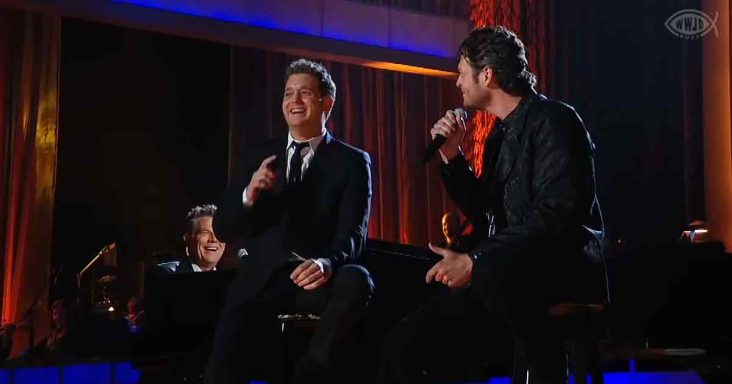 While talented performers sound beautiful alone, there is something special about what happens when two singers come together for a duet. That is even truer when those two singers are Michael Bublé and Blake Shelton. 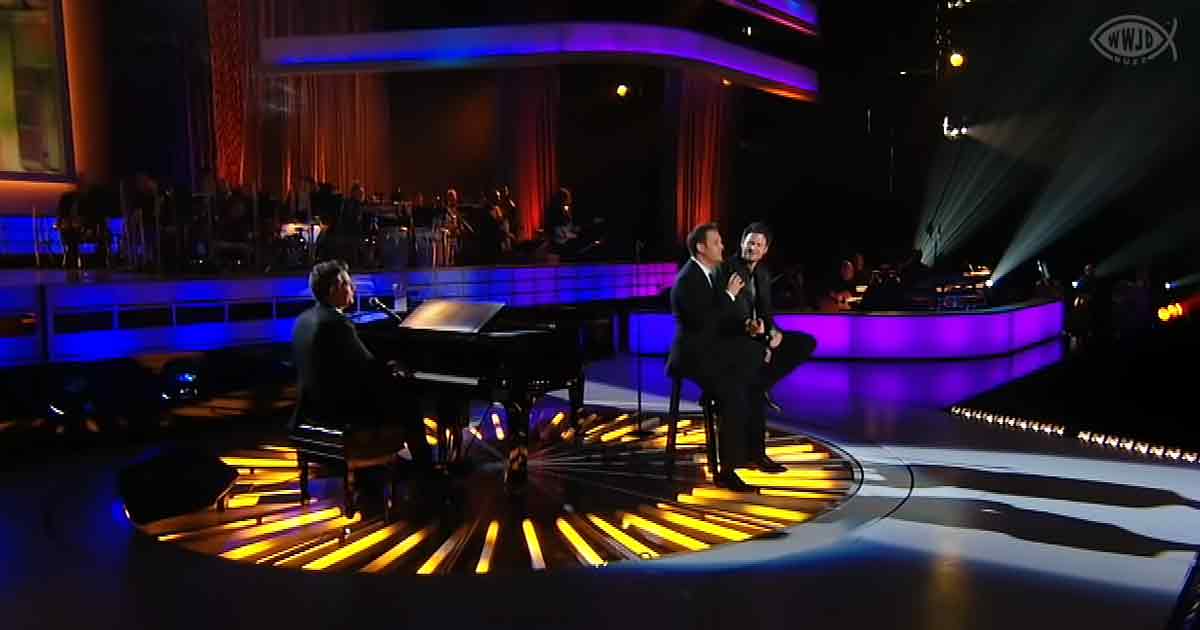 But before the audience knew that these two singers would be singing together, Michael was the only one on stage with David Foster. When the song started, he decided to approach it with a country twang, but as Foster said, that did not sound right at all.

“What was that?” Foster asked. When Michael explained he was trying something new, Foster said, “You know the guy who actually has a country hit with that song is here. Should we do it together?” 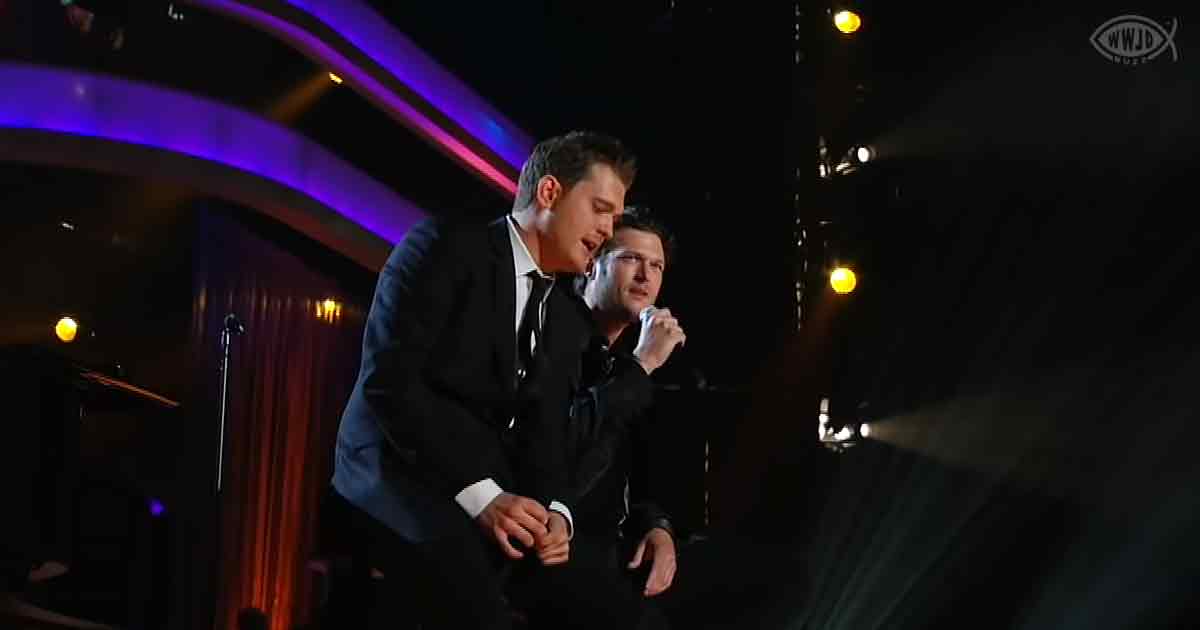 Despite having completely different sounds to their voices, the two of them were a perfect match for this song that had even the most stoic fighting back a few tears.

Choosing these two singers for a duet might seem surprising, but there was a good reason the two of them were singing “Home” together. In 2005, Michael came out with the song and two years later, Blake gave it a country spin. 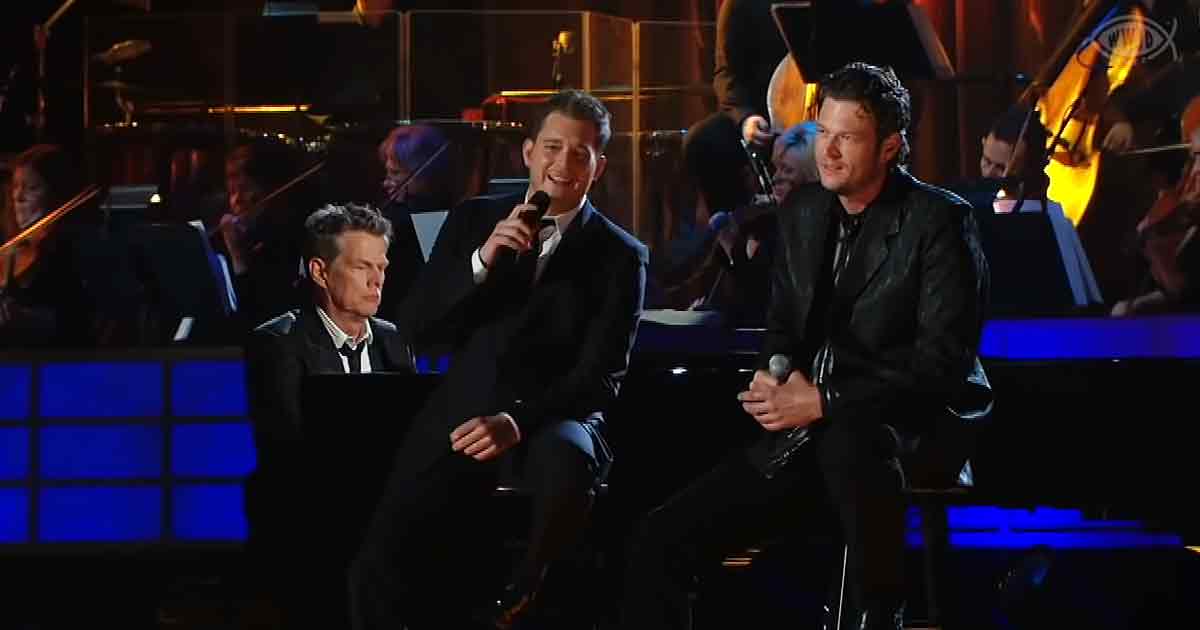 Michael took the lead, singing the first verse of the song, and the crowd erupted with applause. The applause grew louder when Blake’s rich country voice sang the second verse.

Through the rest of the song, the two talented performers weave their voices in and out the way that master weavers create a gorgeous quilt. And the audience loved it!