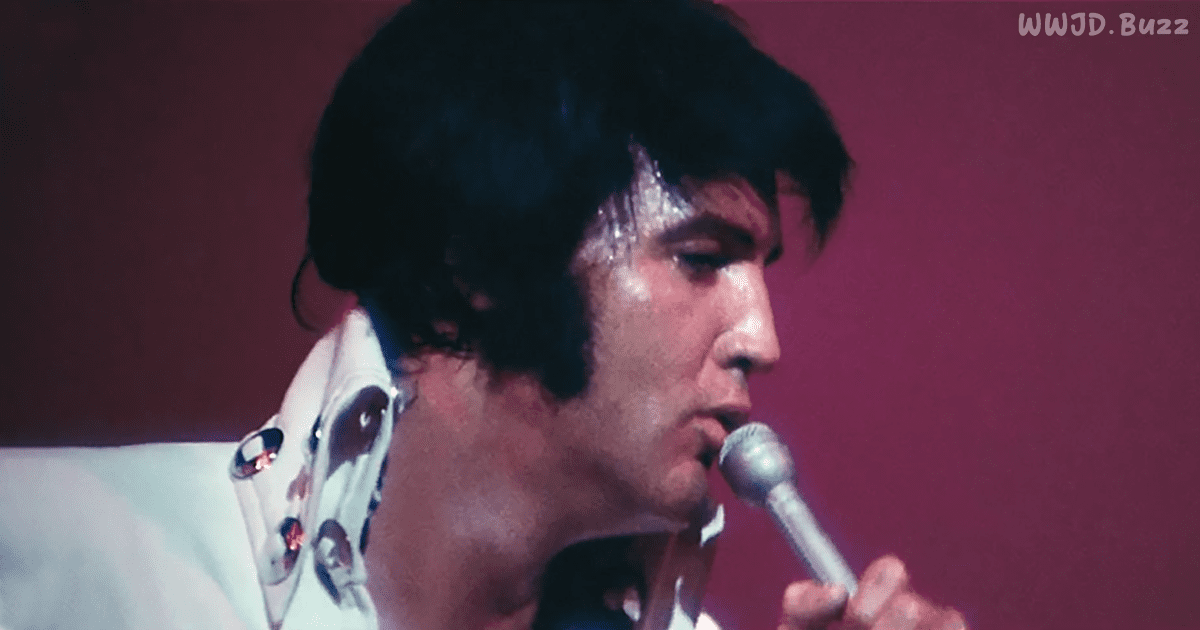 On August 11, 1970, Elvis Presley took the stage of The International Hotel in Las Vegas, Nevada. The crowd was on fire that night and there was the added excitement from the presence of numerous cameramen.

This was one of six performances being taped for the feature film “Elvis: That’s the Way It Is,” set for release the following November. The concert was being recorded for an album of the same title.

When I saw this video, I couldn’t believe it. My old friend Pete Alexis, has shared stories of being at that very concert. I wanted to share the perspective of somebody who actually got to feel the electricity in the air that night. A first-hand account of what an experience it must have been. Pete tells us, in his own words about that night in Vegas.

“Las Vegas was a much different place in those days. Considerably reduced were the size and glitz factors; the town did not have nearly the number of full-time residents with all the amenities that entails…

My best friend (now brother-in-law) and I were two college students on vacation there in August ‘70. Las Vegas was absolutely seized up in an Elvis frenzy. His face was ubiquitous: billboards, posters in shop windows, newspaper stories, television features, Elvis fever everywhere.

Through a set of lucky circumstances, we were able to score tickets for the midnight show on the 11th. The International Hotel, where Elvis was playing, opened the year before: it was the largest hotel on the planet, featuring a 2,000 seat showroom, one of the most capacious venues in town.

The only appropriate word to describe Elvis’s performance is stellar. He was in clarion voice, the band was tight, and the backup singers (The Sweet Inspirations) helped redefine him in a 1970’s uptown trendy fashion.

Setting the tone for the evening was Elvis’s charismatic entrance: he took the stage to Richard Strauss’ blaring theme, Thus Spake Zarathustra. The audience exploded. Highlighting his lean shape was the later maligned white costume which somehow fit him and the occasion perfectly. Remember, bohemian dress defined the world then.

This was a no greatest hits, jukebox concert: surprisingly, the number of covers of current material was notable. And, he gave fresh, not rehashed, readings of his old hits. Spontaneous throughout, Elvis appeared not to have a set playlist. There was an abundance of funny free flowing interaction with the audience. For example, he scratched his head, looked at his fingers, and said “beetles everywhere.”

Highlight selections for me included ‘I Just Can’t Help Believing, Proud Mary’, and his always effective closing number, ‘I Can’t Help Falling in Love with You.’

That night’s I Just Can’t Help Believing eventually was included in a version of the film ‘Elvis: That’s the Way It Is’, and was on the album of the same name. The reason I know this is, he blew a lyric on the song and laughed about it (I actually mentioned this to my friend when it happened). It is disconcerting to hear applause on an album when know you were a part of it. Like a time capsule.

Elvis seemed to kiss every lady in the audience during the show. As an instrumental version of Don’t be Cruel played, he invited all of the females down to line up for a kiss. Everyone seemed to comply, some got not only a kiss, but also an autograph. Something that probably would not happen at a concert today.

Catch The Righteous Brothers before you go singing their rendition of ‘You’ve Got That Loving Feeling’ and enjoy!