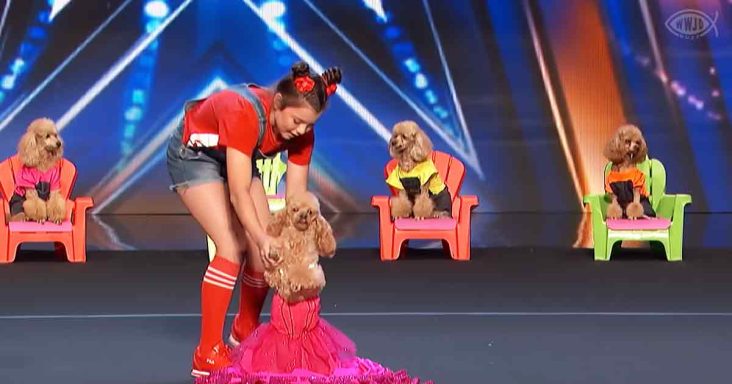 Bringing the dazzling nature of quick-change and dog training is sensational 12-year-old animal trainer Veranica who began her performance with a fun, and playful cartwheel, followed onstage by her amazing friends.

Performing to hit song “Butter” by famed k-pop group BTS, Veranica commanded the stage with her presence as she moved quickly across the stage, showcasing her skill at training dogs as her playful friends made their way across the stage displaying colorful outfits.

Who knew poodles could be this cute? Judge Simon Cowell certainly knew as he couldn’t keep his eyes off the playful performers as they jumped rope, danced, and simply kept the theatre alive like kids on a playground.

The leading showcase of Veranica’s performance was a quick change performance from her four-legged friends that had judge Howie Mandel starstruck as he would let out a shocked “quick change.” At the same time, his co-judges could be seen taking in the music by dancing along.

The audience, now alive more than ever, continued to flood Veranica with cheers and excitement, which had the 12-year-old animal trainer all smiles as the smooth sound of BTS’ hit single played in the background.

The judges, filled with happiness, would interact with Veranica’s dogs as they continued to be playful on stage, clearly showing off Veranica’s know-how regarding the difficulty of training any animal.

Sending Veranica to the next stage of America’s Got Talent, Veranica would thank the judges and audience for allowing her to showcase her showstopping talent until next time. 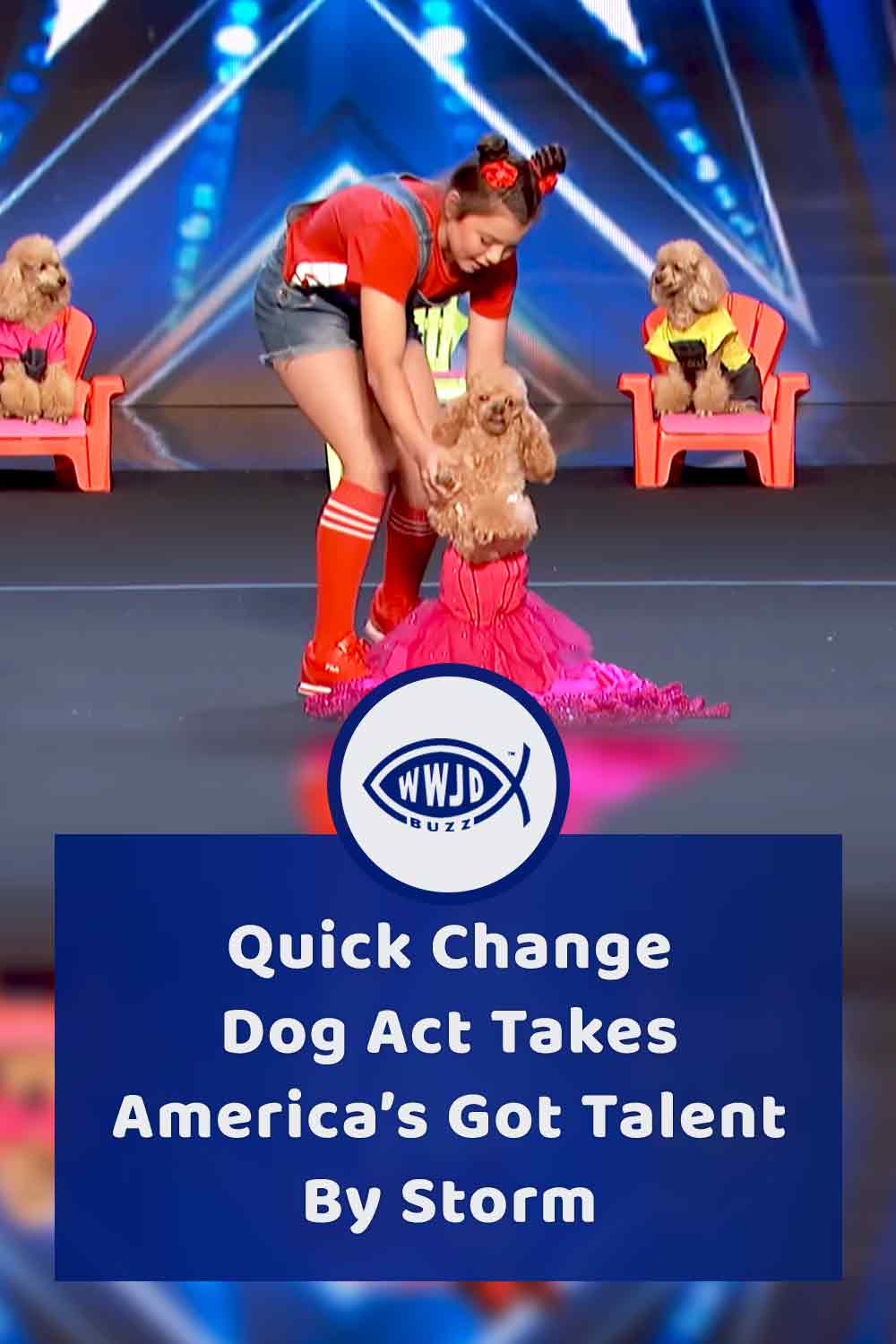