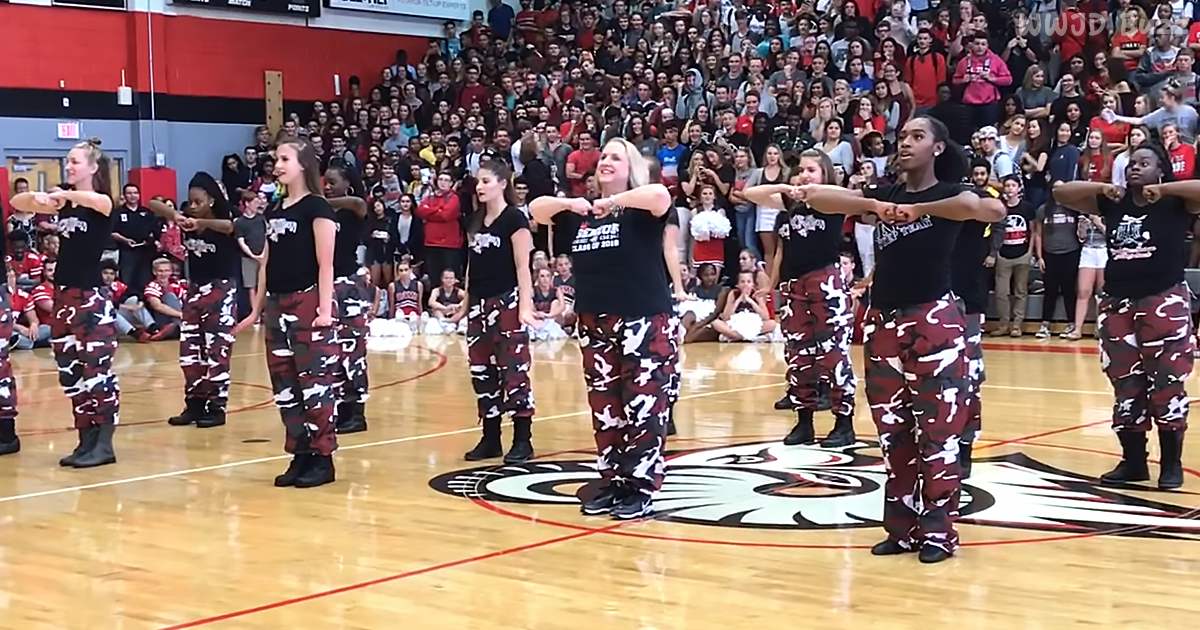 When we hear the term “Step Dancing” we usually think of “Riverdance” or the “Lord of the Dance” shows that were so popular a few years ago. That Michael Flatly fellow sure started something when he hit the boards with his version of traditional Irish dance. But now there is a different style of “Step Dance” that is taking US high schools by storm.

This energetic dance style has put a whole new slant on cheerleading and is being enjoyed in high schools every day. One such school is “Lake Mary High School,” where their step team has taken the step of adding a guest dancer amongst their ranks to surprise all their fans.

The team was preparing for their pep rally and were set to perform at their school when their surprise caught everybody off-guard. For those who may have been involved in their school’s dance teams or cheerleading, you will know the thrill that you get when, after all those hours of rehearsals, you pull off the routine without a hitch. The adrenalin that flows through the veins is something that you will never forget.

Students at high schools are known for their fickleness when it comes to welcoming new teachers at their school. Lake Mary had just appointed a new principal, 49-nine-year-old Dr. Donna Reynolds, who was determined to fit in with her new students. She took the brave move to join the step team and perform in front of the whole school with them.

Donna had no idea of the reception that was waiting for her when she stepped onto the gym floor with the other dancers. To fit in, Donna wore the same outfit as the rest of the girls and looked right at home, taking her place in the formation. Now it’s pretty unusual for a school principal to take part in these sorts of occasions as other than in an official role, but Donna being forward-thinking decided that this was her chance to show the students that she was just like them, an out-of-the-box decision that was going to prove that she had made the right choice.

The music started, and she waited for her turn to do her thing, then as she completed the first move, the crowd went berserk, supporting her all the way. As she moves around the arena, students and teachers alike stood and applauded her, whether being for her bravery or her performance we are not sure, but when you look at the video I think that like me, they were definitely applauding her for her moves, as she kept up with the super-fit teenagers by her side. Click on the link below and enjoy all the fun that the brave woman is having with her new best friends, her students.