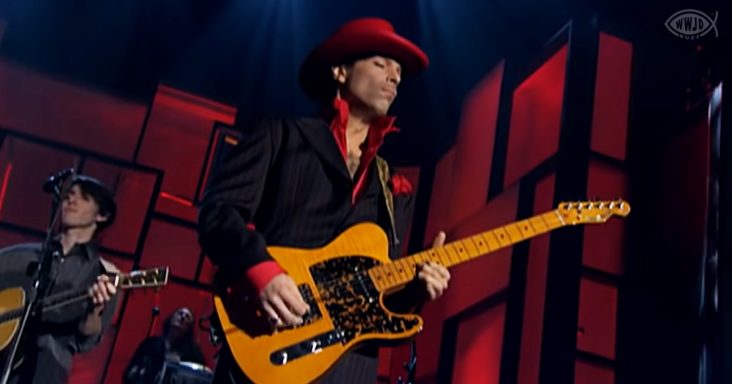 The name Prince is etched into the hearts of rock and roll fans across all generations. The superstar has a distinct look, sound, and showmanship unmatched to this date. Sadly, all we have of him are memories.

However, Joel Gallen, famous tv producer and director of 2004’s Rock Hall concert, had an ace up his sleeve. 17 years later, he re-edited the section of ‘While My Guitar Gently Weeps’ from the concert with new unreleased footage of Prince.

This is the fifth year after his passing. The fans never forgot him, though. The original video has more than a million views by now. Except, Gallen wanted it to be even better. 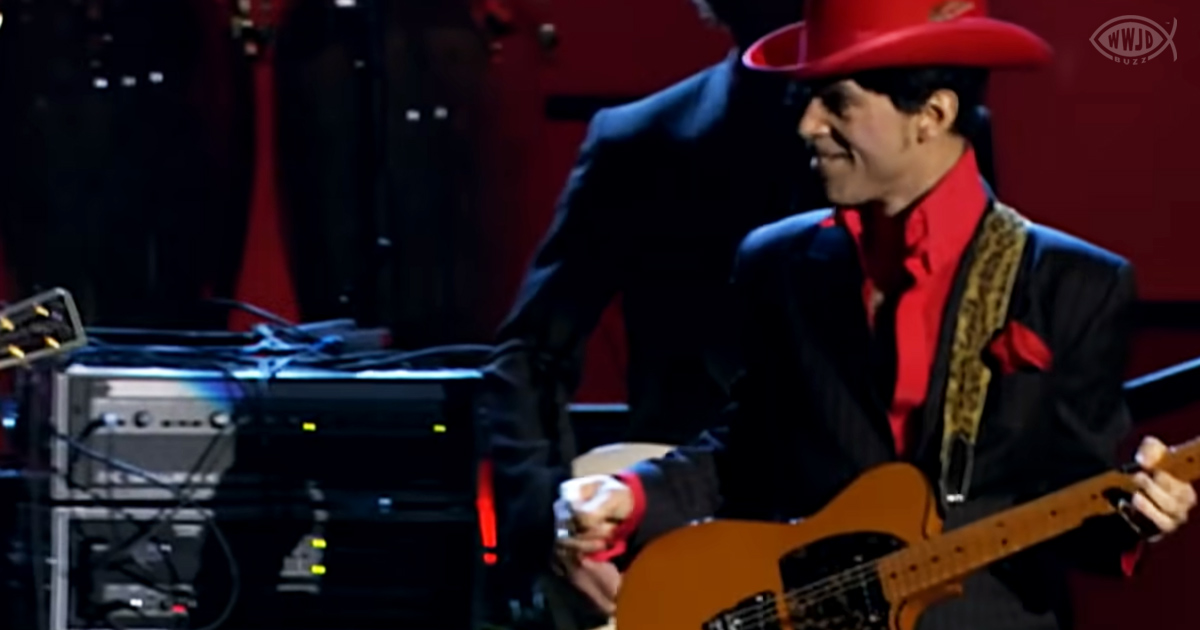 And that’s exactly what he did! The video received an extreme upgrade through expert hands. When a guitarist is as good as Prince and looks amazing too, you’d want to show him off!

This special edition has more close-ups. Also, Prince appears more lively with the audience in the new footage. There are some shots focusing on his magical fingers too! Eye-candy is the word that describes the feeling when you see the video for yourself.

This video is a testament to what Prince is and will be in our hearts. Not only is he seen making the guitar weep and wail, but he’s also engaging the audience with the cadence of the music in a meaningful way!

If any man can sport a red hat and sequined shoes, it’s this man. He’s sure to soothe your ears. Watch him do it the way he wanted to be seen – in all his purple glory.