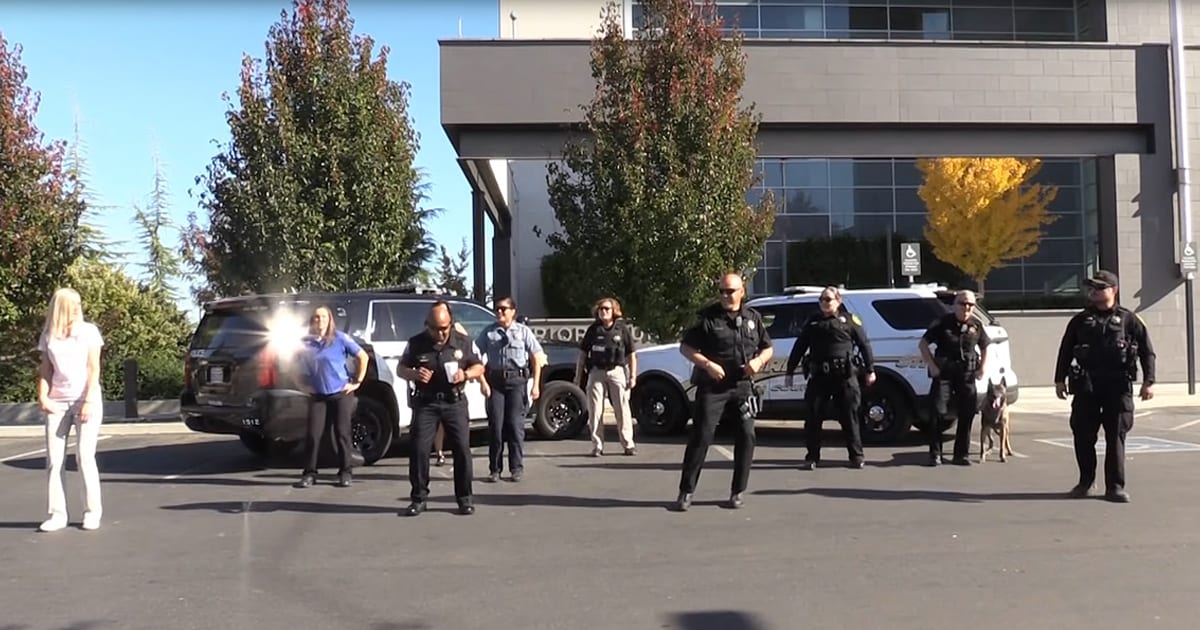 Police departments around the world are finding themselves preparing for the most epic battle of their careers to date – crushing other officers in an internet dance craze, “The Git Up Challenge.” In this video, four California offices take the gold with their special furry guest.

It all started when one man, Blanco Brown, created an instructional dance video to accompany his single “The Git Up.” Fast forward to today where hundreds of police departments have joined in the fun by challenging one another to Brown’s viral challenge.

This video remarkably features not one, but four local CA departments who all teamed up to deliver an unbeatable performance. With a simple parking dispute serving as the catalyst, the staff members suddenly find themselves participating in the dance battle of a lifetime.

However, the best part about this video isn’t the choreographed dance – it’s the police dog happily following along in the background. This pup certainly has moves, and he isn’t afraid to steal the show from his human partners.