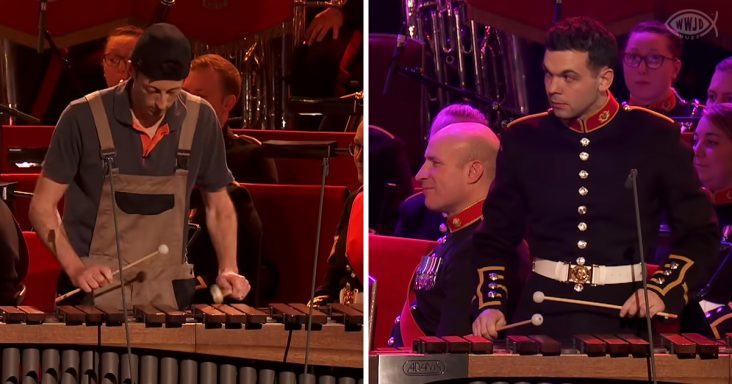 The Royal Marines have uploaded a show-stopping performance to their Youtube channel. In it, two percussionists are seen dueling over a xylophone and a tubophon.

The xylophonist kicks things off with a solo that is constantly interrupted by the sound of water dripping on the stage. So he calls a plumber who arrives a moment later to “fix the xylophonist’s pipes.”

At this point, the plumber pulls back a large piece of cloth to reveal the tubophon, which is also a prop for the leaky pipes. 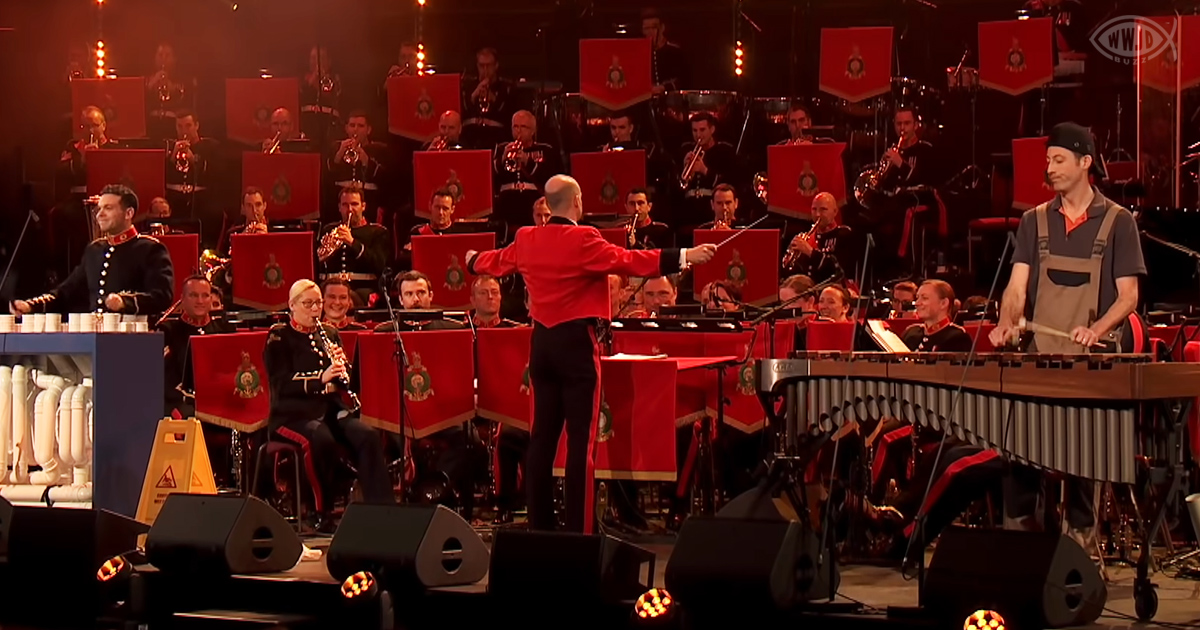 After a few cheeky jokes referring to the size of the plumber’s pipes, they start to play a duet, gradually working their way into the theme song from Lone Ranger.

The two percussionists show incredible coordination and impeccable timing in their playing and even switch places at one point during the performance, with the plumber on the xylophone and the xylophonist on the tubophon.

The star of the show was definitely the plumber who took the stage in the garb of a plumber and played the part to a T.

While it does appear that they are making mistakes at times, it is all actually a part of the performance as the Royal Marines are some of the world’s most disciplined and dedicated musical groups. 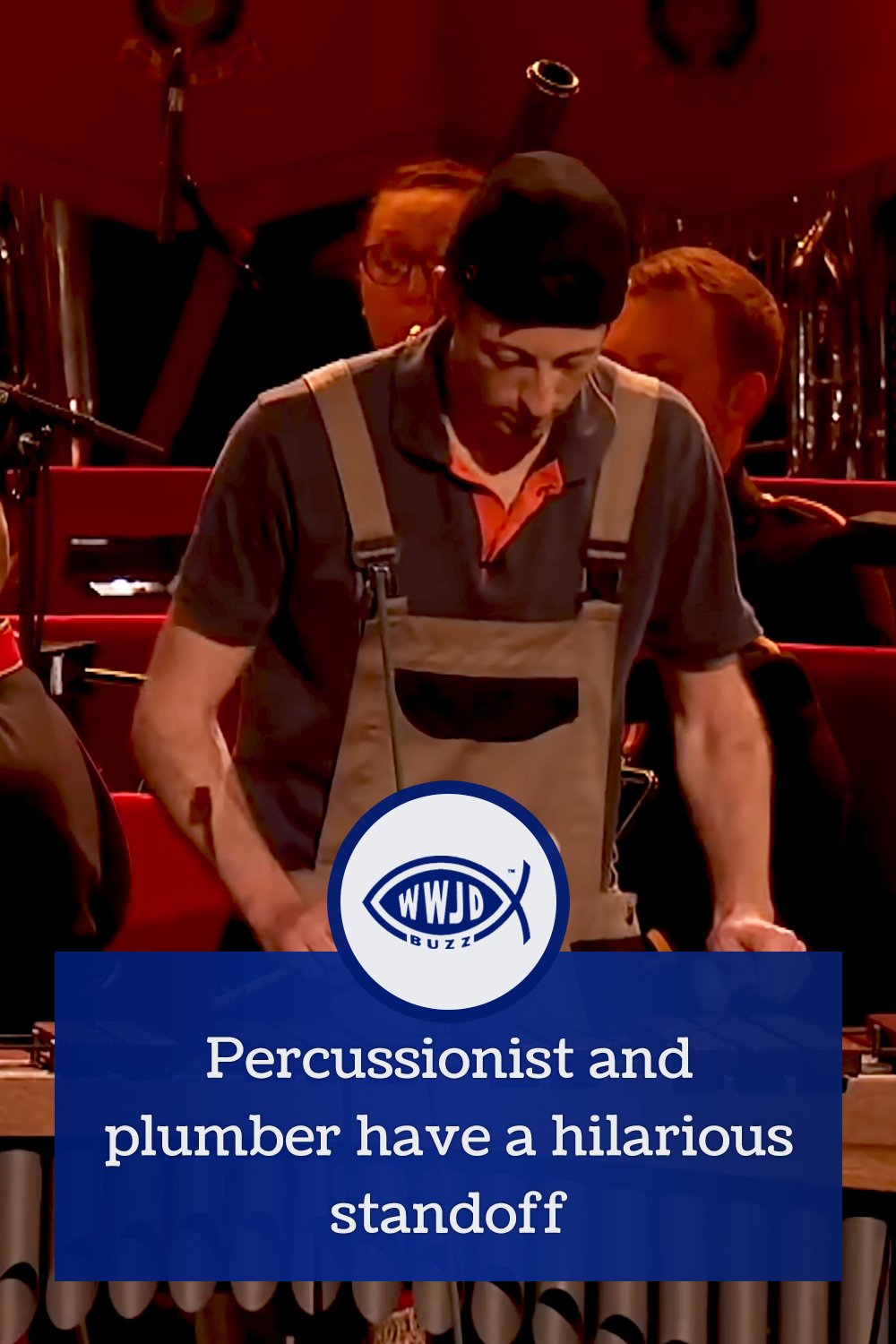