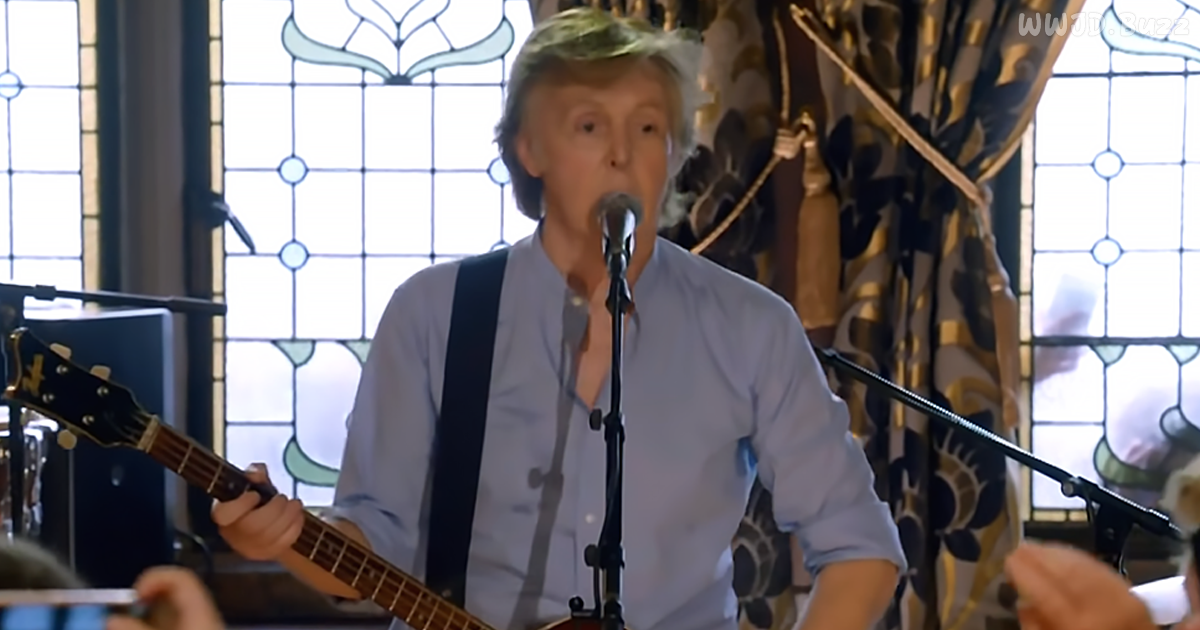 The Late, Late Show With James Corden featured a special segment of Carpool Karaoke, and opened with a clever lead-in. James sat in his car talking to someone on his smartphone. “Help. You know I need somebody,” he said plaintively. “Help, not just anybody…Can you please, please help me?”

He was, of course, quoting the Beatles’ hit, “Help.” Soon the passenger door opened and none other than superstar and former Beatle Paul McCartney hopped inside. James cranked up the music on the stereo – all Beatles classics – while the two sang along together.

Their crooning was interspersed with James’ casual interview with the star, which soon became a walk down memory lane, starting first and foremost with the actual Penny Lane, which inspired the nostalgic Beatles song of the same name.

McCartney seemed sincerely moved throughout their trip, excitedly pointing out the church at which he was a choir boy, the spot where the nurse referenced in “Penny Lane” used to stand “selling poppies from a tray,” the barber shop, and other sites from McCartney’s humble childhood that wound up having a profound influence on his songwriting.

Before long, McCartney had been spotted walking the streets and was mobbed by locals wherever he went. While visiting his modest childhood home, now a museum, McCartney showed James around, pointing out the spot where his father did the laundry, and the room that served as Paul and bandmate John Lennon’s rehearsal studio.

He fondly recounted the moment that he and John had finished writing their smash hit “She Loves You” and eagerly played it for Paul’s reserved father, who was also a musician. His father told them it was a nice song but could they please lose the “Americanisms,” and change the hook from “yeah, yeah, yeah” to “yes, yes, yes.”

The most climactic event of their trip came at day’s end, when James Corden and his camera crew entered a packed pub, ostensibly to film a segment for his show. Their pretense was that James wanted to work as the bartender for a few minutes to get some laughs.

When a waitress put a quarter in the jukebox, a curtain across the room flew open to reveal Paul McCartney and a full band breaking into “It’s Been a Hard Day’s Night.” All of the stunned patrons, young and old, were soon on their feet singing along and dancing together.

Watch these magical moments for yourself. You’ll see why one fan said, “I do not think I have ever had a video touch me on such an emotional level before. The stories about Penny Lane and his childhood and the absolute joy on people’s faces when they saw him had me going from the very beginning. And then that moment in the car when James was talking about his grandfather. I actually had to pause the video for a few minutes. This is poignant and beautiful and I am so very thankful that it exists.”