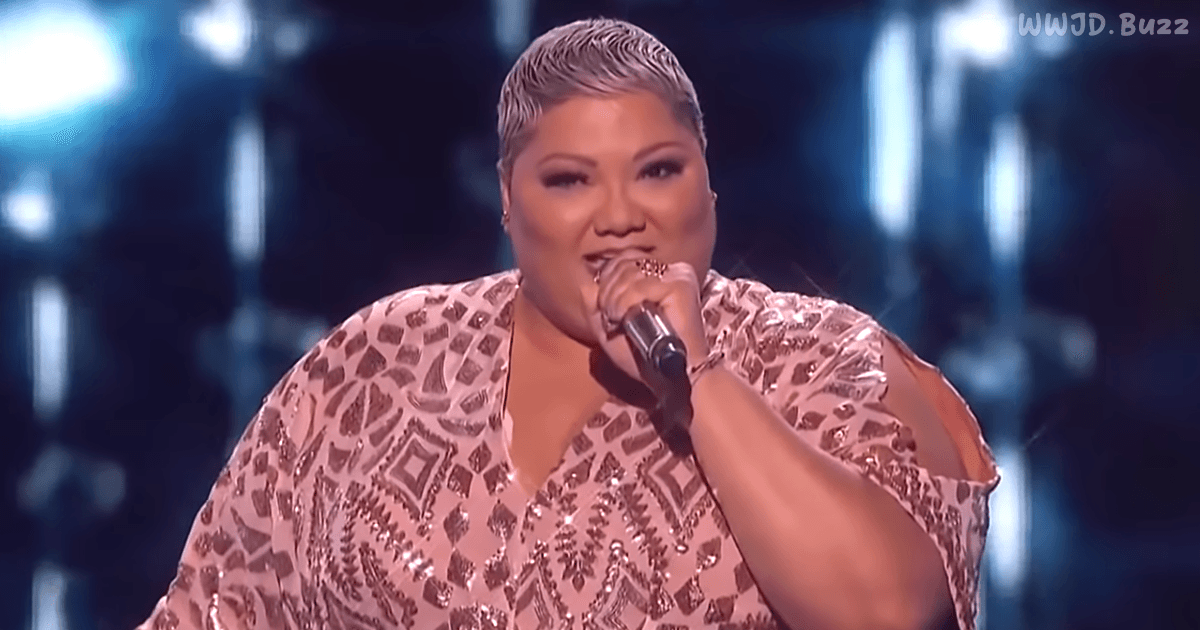 Christina Wells was the opening act on Tuesday’s America’s Got Talent semifinals with a powerful rendition of one of Aretha Franklin‘s classics you are sure to enjoy.

The nurse and mother of two from Houston, Texas, delivered a stunning rendition with mindblowing vocals from 1967 hit much to the pleasure of Judges Mel B and Heidi Klum, not to mention the show’s host, the lovely Tyra Banks.

“We all know that Aretha Franklin is in the Dolby Theatre tonight. Yes, she is,” Tyra intoned as she looked up to the heavens.

Meanwhile, Judge Heidi Klum said, “I think you are the only person in this competition who has the moxie and the talent to sing that song on this very stage.”

Unfortunately, her performance of ‘Natural Woman’ was not well-received by all of the judges on the panel, especially Simon Cowell.

You can’t please everyone it appears. The cantankerous Simon Cowell was not happy and neither was Howie Mandell, but many fans think they’re just protecting their own Golden Buzzer choices (father of 6 Michael Kettering was chosen by Simon while Howie gave his Golden Buzzer “ticket” to teen singer Courtney Hadwin — so it’s no surprise.)

Cowell was harsh in his critique, “I had a feeling you might be singing an Aretha song tonight. For me, the song was over orchestrated maybe nerves, you hit some bum notes,” sour-faced Simon said. “But I am hoping that we forget all that and remember the great singer that you are and the person you are. This was not your best performance.”

Christina was due her say and defended herself following Simon’s harsh words, telling her fans: “I stand here for people who don’t think they’re perfect. People who are maybe too heavy or maybe they thought they weren’t the right color or maybe you just didn’t feel like you fit in. So every minute that I stand here whether I sing every note right or not, I stand here and I am proud that I stand here.”

Later in that evening, Klum called out cranky Simon for being “grumpy” during another vocalist’s performance. Ain’t that the truth. He needed a long nap that night or something. Seriously. He was cranky and it showed. Oh well, that’s why we watch, isn’t it? For the drama and suspense.