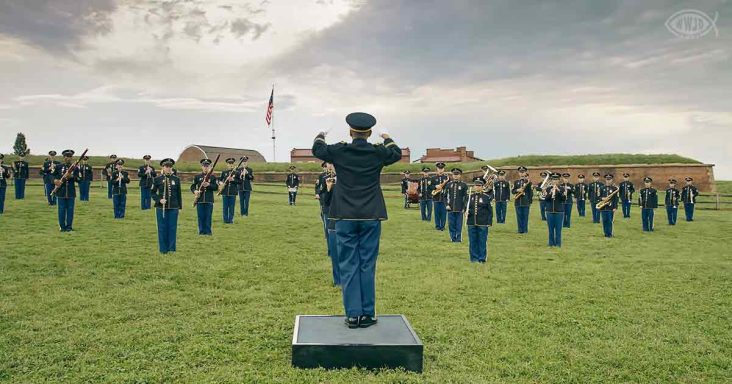 Few things in American history can make someone feel more patriotic than the “Star-Spangled Banner.” As our national anthem, this is played at nearly every single event.

Initially written by Francis Scott Key in 1814, the “Star-Spangled Banner” tells the story of the American flag being hung at the Battle for Baltimore, representing a significant victory in the Revolutionary war.

While so many different musicians of all kinds have made their versions of this song, The United States Army Field Band might be the most familiar group with it.

In this video, The United States Army Field Band gives us a fantastic performance of this song. But, what’s even more important is where they are performing it.

Taking place at Fort McHenry for Defenders Day, The United States Army Field Band is paying the highest honor to our fallen soldiers and the background behind this song.

The video is theatrical, as it shows the various musicians at different places in the fort for their multiple segments of the song. It truly doesn’t get any more patriotic than this.

Seeing The United States Army Field Band paying respects to our fallen soldiers and country’s tumultuous history is truly unique. Nothing will make you feel as patriotic as watching this video.