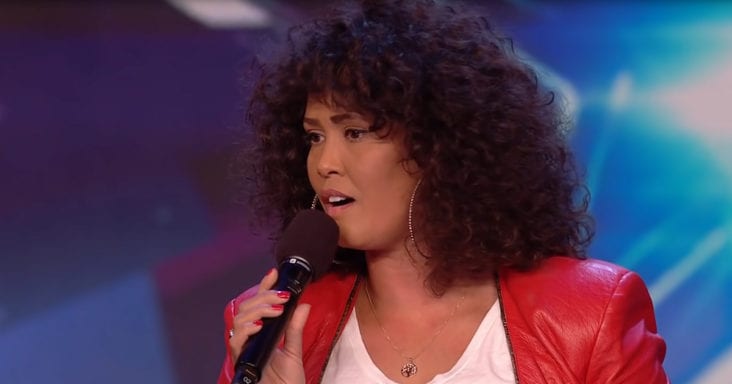 Chasing after your dreams is something many people wish to do, and few people actually end up doing. A mother of two chose to audition for Britain’s Got Talent in hopes of paving the way for her two sons.

Belinda chose to sing “One Moment In Time” by the legendary Whitney Houston. As she stepped on stage, the beautiful singer heard a touching story from judge Simon Cowell about his interactions with Whitney Houston in the past.

With her nerves at bay, it was time to give the performance of a lifetime. Before the 43-year-old woman finished the first line of the song, the audience was cheering her on. The song may start slow, but it ends with a soulful vocal belt that takes an immense amount of talent to sing.

All four judges gave resounding praise to Belinda before she walked off the stage. You could tell be the uproar of applause that the crowd adored her just as much. Simon Cowell mentions that Belinda’s audition is the one they’ve been waiting for, and she’s what the show is all about.