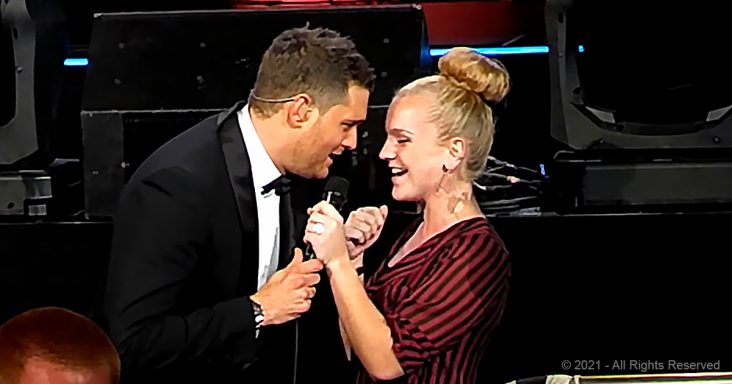 If you’re a fan of Michael Bublé, then you know being on the same stage as she is a dream come true. For Chelsea Hebert, it’s a moment that will live on forever.

Lots of music fans would never say ‘no’ to going up on stage to meet their favorite singer. But for Chelsea Hebert, she always wanted to sing a song with Michael Bublé.

The teen went to a Michael Bublé concert in Hartford, Connecticut with a sign in her hand saying “let me sing with you, Michael”. What she didn’t expect was that her wish came true that night.

When she was brought up on stage, she was nervous but excited. Having a talented voice of her own, she managed to put it to good use by belting out ‘Feelin’ Good’, one of Bublé’s songs.

The crowd went wild and Chelsea managed to nail the song. Despite the butterflies in her stomach, she even impressed the Canadian crooner himself.