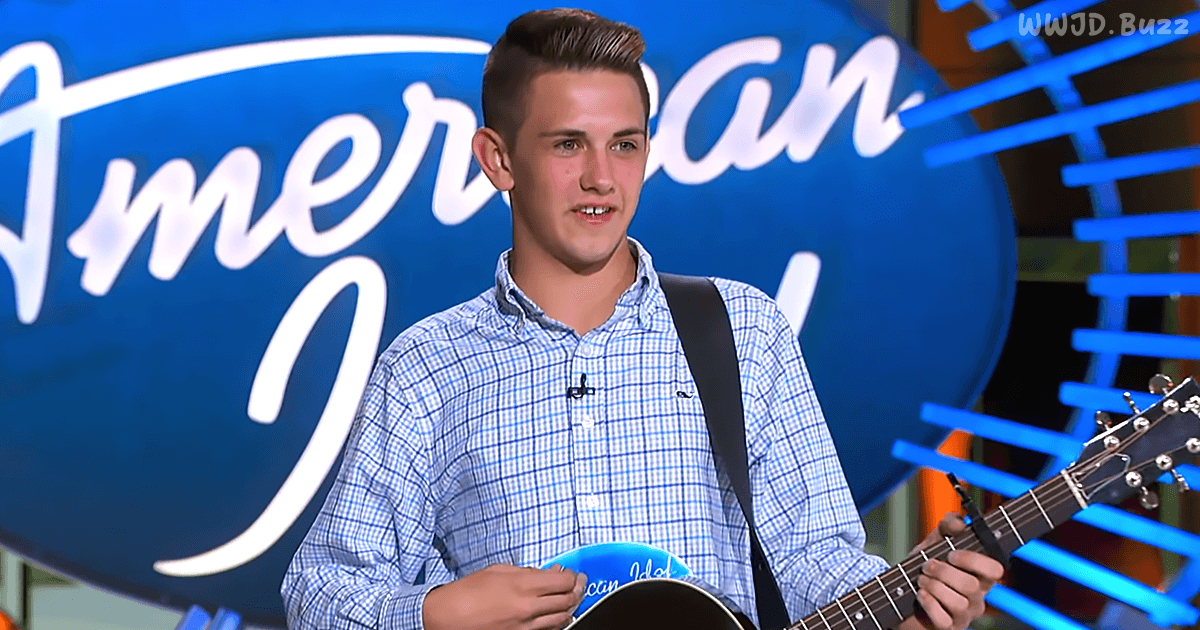 Back in 2016, Ethan Payne finally got his wish – to meet country singer Luke Bryan.  At the time, Ethan had waited for two years for his wish to come true through the Make-a-Wish Foundation.  The young Luke Bryan fan suffers from cystic fibrosis, a disorder that affects the exocrine glands and often leads to respiratory infections and issues with the lungs.  It is very often a deadly disease.

When Ethan finally got to meet Luke Bryan in Dallas, he asked the singer to perform a song for him.  Not only did Luke perform for him, but he also asked Ethan to join him on stage in concert to sing a duet with him of the much-loved song “Do I.”

In his pre-audition interview, Ethan gushed about how much that meant to him, being in front of an audience of 50,000 with Luke. He exclaimed, “I felt like the whole world had just shut down, and it was just on me and him…My heart genuinely exploded. I wanted to cry.”

To make the experience even more memorable, Luke Bryan sent Ethan home with his own personal guitar that he had used for years. “He said, ‘It’s gonna change your life; you’ll never be the same,”  Payne recalls. “And here I am now. It’s true: My life has been different ever since that night.”

Now, three years later, Luke Bryan is a judge on American Idol, and the fifteen-year-old from Macon, Georgia has made good use of the guitar Luke gave him.  Ethan chose to audition for the show in Iowa, wearing the guitar Luke had given him.  Luke instantly recognized Ethan when he entered the audition room, and they chatted like old friends.

Before he began, Judge Lionel Richie asked Ethan if cystic fibrosis affected his ability to sing.  Ethan responded, “It really affects my lungs and my breathing, yes. There’s no cure for it, but singing is definitely my cure for it.”

Ethan fittingly chose to sing “I Do” for his audition and put Luke on the spot by asking him to come up and sing with him.  Ethan’s infectious smile, easy manner, and mature voice wowed the judges.  He got applause and a standing ovation from judges Katie Perry and Lionel Ritchie. The three unanimously voted to send Payne through to the Hollywood round of American Idol competition.

“Absolutely, 100 percent, the best day of my life,” Payne says of the moment.

American Idol  launched the careers of superstars Carrie Underwood, Kelly Clarkson, Jennifer Hudson, Katharine McPhee, Jordin Sparks, Adam Lambert and Chris Daughtry among many others. I do believe we can soon count Ethan Payne among their celebrated company as he makes a name for himself  this season on Idol.

After his audition, Ethan emotionally told the cameras, “Absolutely, 100% the best day of my life.”  Watch out, Hollywood, here comes Ethan Payne!