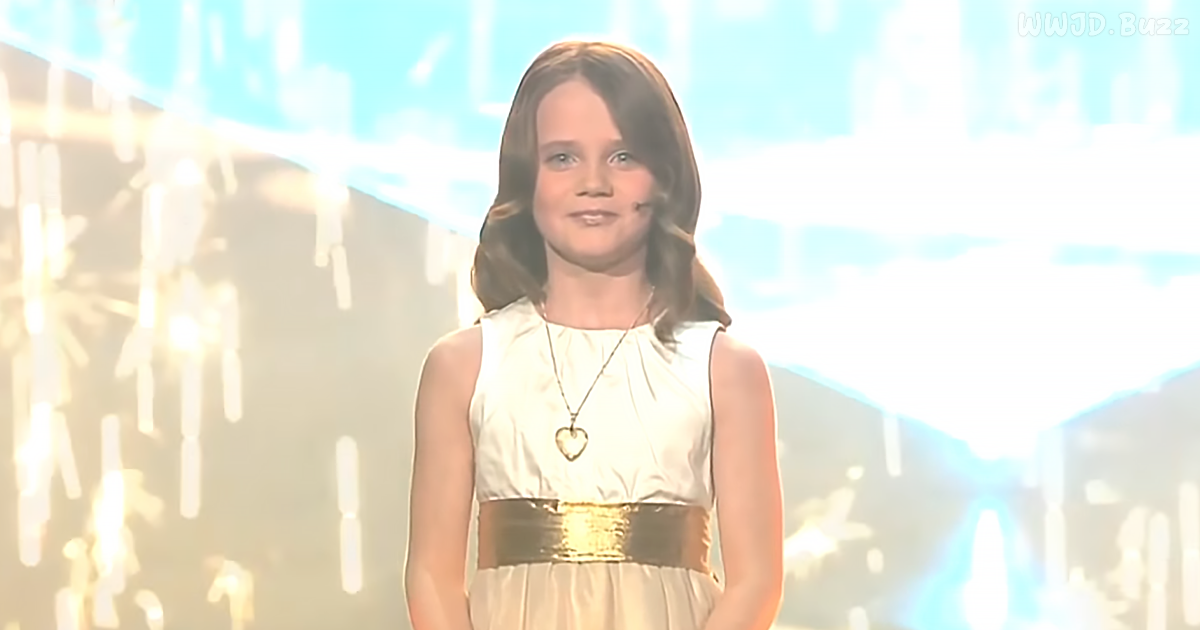 She is a real angel. Amira Willighagen’s got talent, and she’s using it to build playgrounds for needy kids. Read on and see why we love Amira!

Dutch soprano singer Amira Willighagen’s season finale for Holland’s Got Talent was “Nessun Dorma,” a famous aria from Puccini’s opera Turandot, a tragic romance about a cruel Chinese princess. How cruel is she?  Any potential suitor must correctly answer her three riddles or get beheaded.

Enter Calaf, the prince for whom she finally falls. This song is Calaf giving himself a pep talk, convincing himself that he’s sure to win and gain Turandot’s hand in marriage.  You know what they say: only fools fall in love.

Now, how on Earth can a 9-year-old capture all the spirit and emotion of such a serious love ballad? Just ask Amira. She had already floored the judges in her audition with another Puccini classic. Fans watching at home had already made her a viral web phenomenon, so her entry into the final round came as no surprise.

Spoiler alert: she went on to win the grand prize by audience vote after her heartfelt rendition of “Nessun Dorma.” Just watch, listen, and swoon as her booming, melodious voice sends the audience into rounds of cheers and applause. A full choir singing backup makes the perfect complement to Amira’s angelic, heavenly voice.

This kid’s not only got a big voice, she’s got a big heart. She has started a nonprofit organization called gelukskinders.org to which she donates half of her earnings. The charity uses the funds to build “Amira Parks,” which are playgrounds around the world for economically at-risk youth.

Can you believe this video has been viewed over ten million times? One fan explained part of the reason in the comments section: “I’ve probably seen this video a hundred times. I’ll probably see it a thousand times. I can’t get enough of hearing Amira’s voice. She has the voice of an angel, pure, clear and perfect…I view Amira’s videos daily because, in this hard world, her voice, her performances bring me peace. What a wonderful young lady she is; intelligent, a talented performer, humble and down-to-earth.”

Prepare to be dazzled when you watch Amira’s stunning, heart-wrenching performance by clicking the video below. It’ll leave you shouting brava!