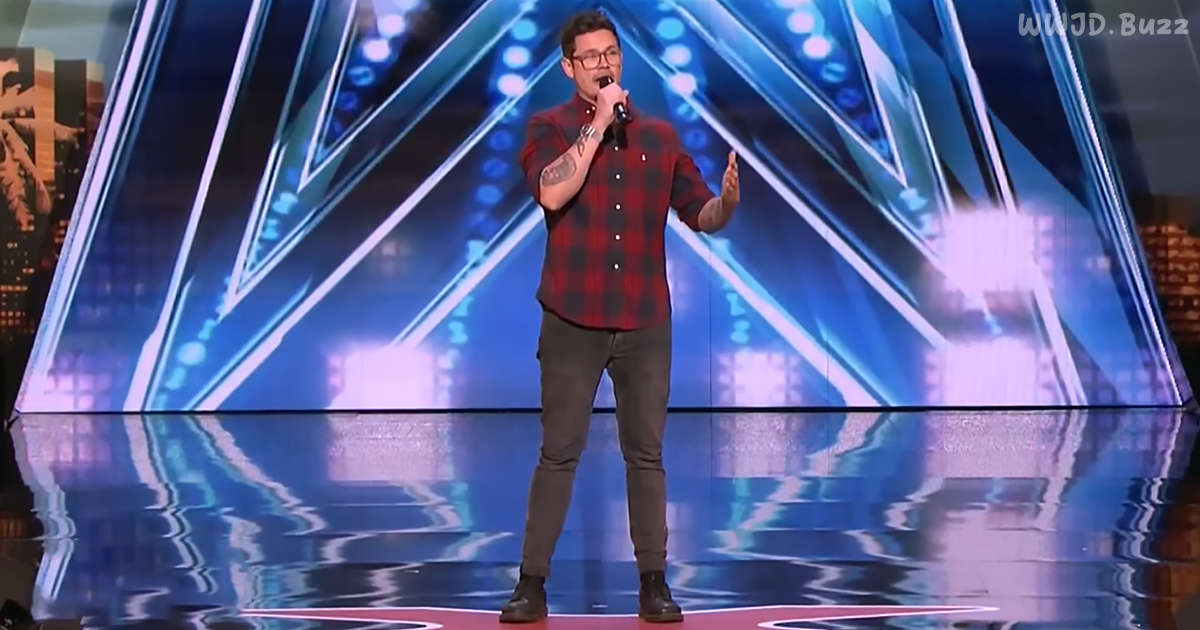 Michael Ketterer earned Simon’s Golden Buzzer after his moving performance dedicated to his six beautiful children. When you watch their adoring faces, you will be moved to tears and inspired.

Michael and his beloved wife have one biological daughter and five beautiful adopted boys from foster care. He also works as a pediatric mental health nurse and has recently started the first inpatient care center in Orange County that accepts children as young as three years old.

Michael’s enthusiasm for music and acting was sparked at a very young age when his dad, a music teacher and man of God, taught his son how to sing with harmony and confidence, opening new vistas and dreams for the young man.

Now as a father, Michael has done the same for his family, In the Ketterer Home music is a daily part of everyone’s lives. It’s a welcoming place where love and acceptance and healing happen, and the freedom to dream is a core value.

But there’s only so much mere words can do to describe a person. You really have to see this nurse for yourself. Little by little, each video reveals more of the amazing man and his moving personal back-story.

Watch Michael Ketterer’s First Audition: This was the moment when Michael walked on stage and into our hearts on the first episode of Season 13 and earned Simon’s Golden Buzzer, advancing him all the way to the finals. Brace yourself:

Michael Ketterer’s second performance (below) was dedicated to his children. Here he performs an emotional rendition of “Us” by James Bay and shows his children that they can follow their dreams:

Michael’s third act (below) did NOT disappoint. The nurse moves all of our hearts with a beautiful cover of “When I Look At You” by Miley Cyrus. His voice and stage presence are just perfect for the song. You can just feel the emotions bursting from him:

Michael’s fourth act (below)  was “dedicated to God.” His fourth performance sealed the deal for his fans when he  belted out the moving lyrics of “Ain’t No Mountain High Enough” and he said he “was dedicating to my God because he moved mountains.”

With three previously consecutively strong performances, and being Simon Cowell’s personal Golden Buzzer pick, the smart money was on Michael Ketterer to be declared the winner AGT Season 13.

Then Garth Brooks wrote a song for Michael Ketterer to perform for the finale of AGT. Watch Michael sing an emotional rendition of “The Courage To Love” by Garth Brooks:

The shocking news: With all of the acts finished, the final viewer votes were tallied and we never expected this to happen. We were all so surprised:

As one fan said, “God isn’t done with Michael Ketterer yet,” and that is so very true.