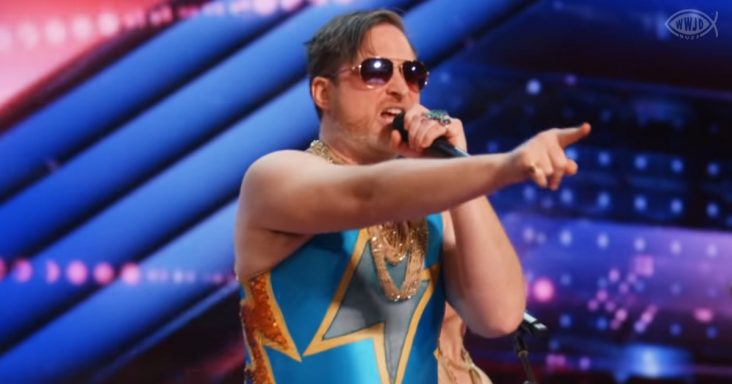 Simon Cowell reveals to a performer that he was irritated at him at first, but after seeing him sing and dance his opinion changed. Johnny Showcase is this performer and he was able to get all the judges of America’s Got Talent to give him their yes.

As he performed his original song, it became clear that it was easy to sing along to. The crowd and the judges couldn’t help but dance and cheer for his charismatic act.

The song is called, “Sensual” and it is certainly a humorous song. The chorus is about how he cannot be sexual so he should be sensual because he’s married.

Accompanying him is his spiritual advisor Rumi Kitchen and two women who he refers to as The Truth. They had difficulty taking him seriously at first because of his ridiculous appearance. 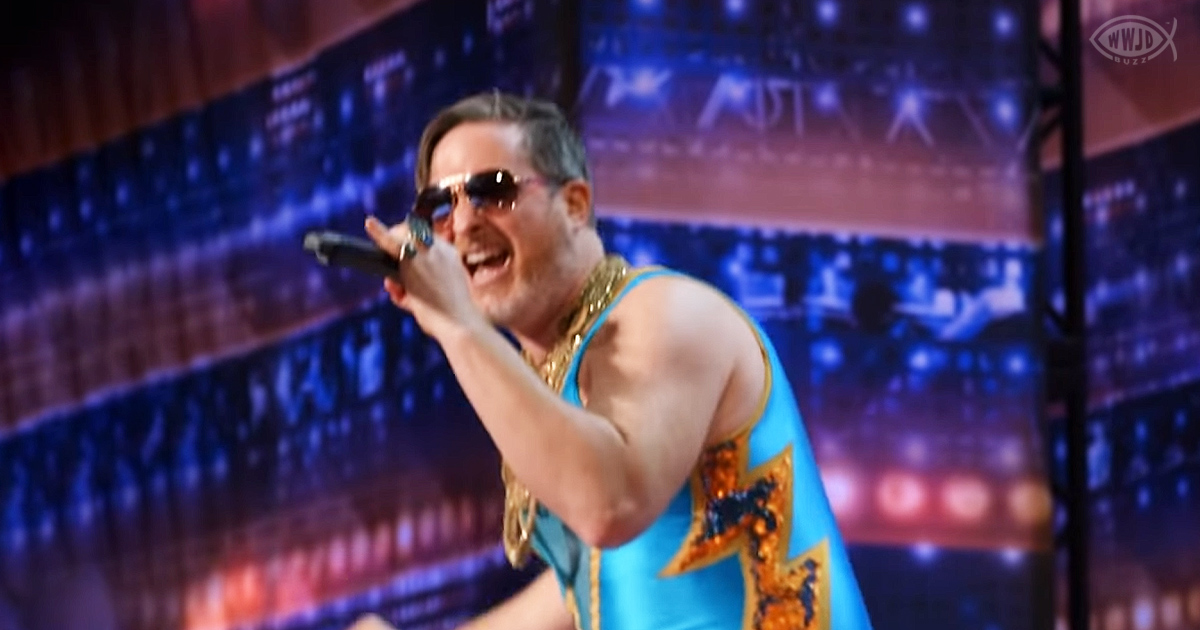 Johnny Showcase wore an obnoxiously blue unitard that had yellow lightning streaks on his chest and the sides of the outfit. He was putting on a satire act that the judges may not have picked up on.

He stayed in character from start to finish, and he said a lot of funny comments about himself. He mentions how you got to fake it ‘til you make it, and he’s been faking it for 15 years.

The first time you see him he’s standing in front of a mirror checking himself out. He puts on a shiny blue ring that is designed to look like an octopus. If he isn’t playing a character then he is definitely a unique gentleman.