Just sometimes, there are an audition at one of the “Got Talent” shows, which is so unexpectedly fantastic, you can watch it over and over again, and still get the chills every time. This is one of those ever-memorable performances.

Five young men step on the stage of ‘Britain’s Got Talent,’ and the leader announces proudly that they are called Collabro. When the judges hear that they have only been together one month, Simon rolled his eyes, clearly thinking, “here we go again, another boy band tryout.” “What make you think you can win Britain’s got Talent after a month,” judge Alesha Dixon asks. The prompt reply, “Natural chemistry I think.” This time judge Amanda Holden bows her head to hide her smile.

“Lovely,” said Alesha, “then take it away.” Collabro did just that. With a strong and beautiful, audience quieting, solo intro, they started with ‘Stars’ from ‘Les Misérables.’ Then a second strong solo piece by another member and then the chorus let the jaws drop. Sarcastic smiles changed to smiles of awe. In very short, what followed was a goosebump creating performance, with spontaneous applause and standing ovation even before they completed their song.

Never before have so many judges ate so much humble pie after one performance. After her initial sniggering at the group, Amanda probably described the performance the best, saying, “that was bloody brilliant.” Like a fairytail, the one month old group’s “natural chemistry” took them right through to the finals, where they won ‘Britain’s Got Talent’ 2014. Join over 25 million viewers and enjoy this fantastic performance. 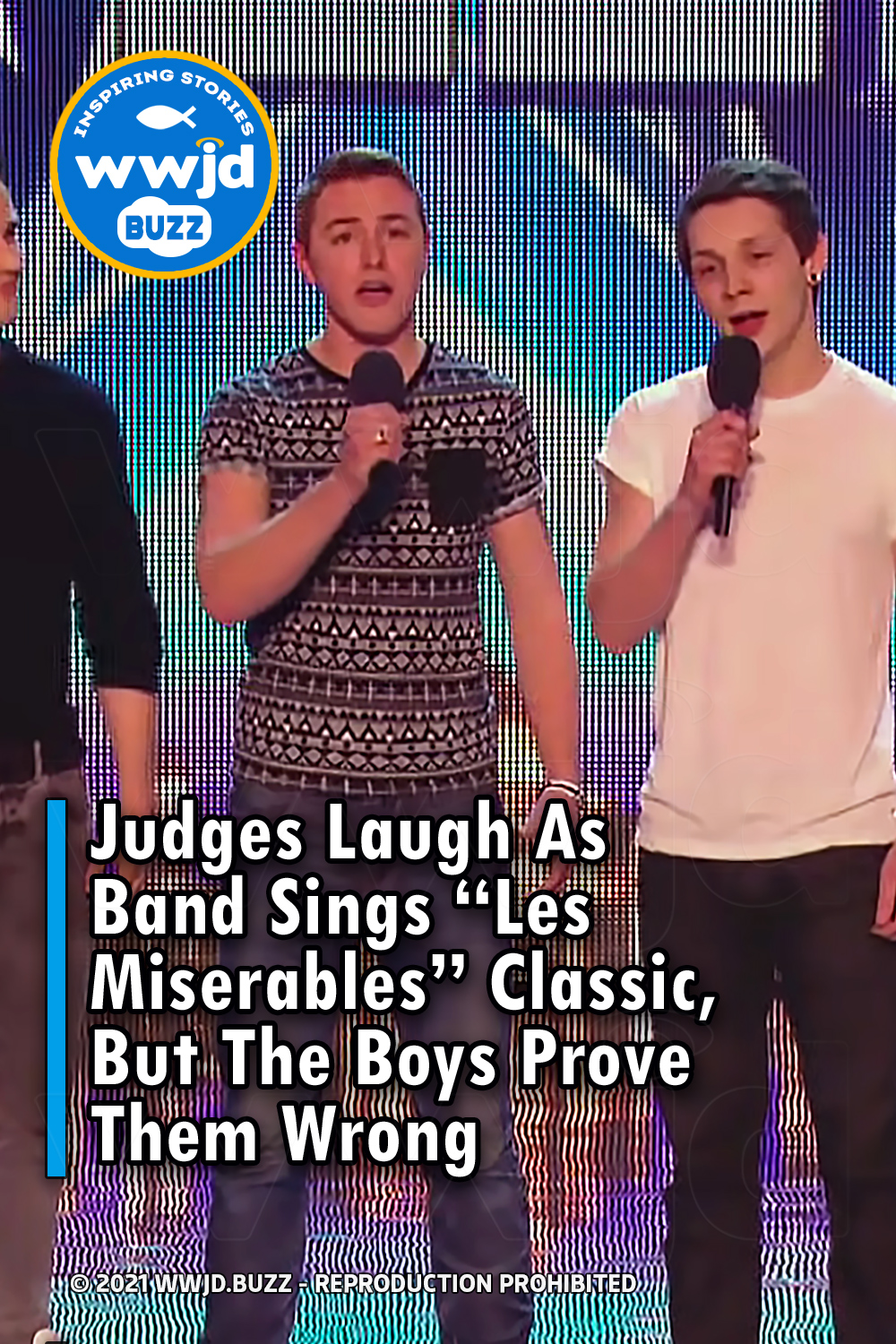