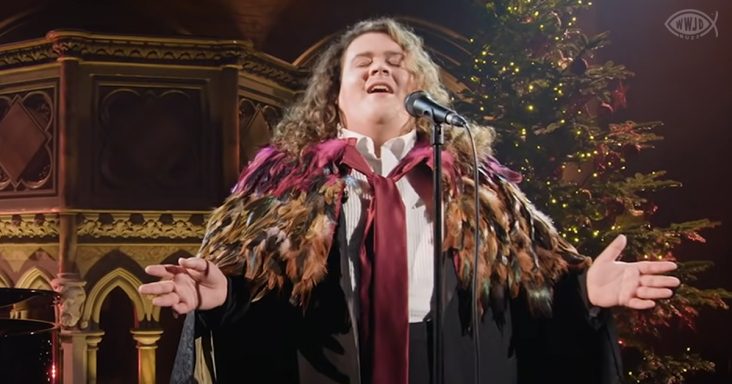 Jonathan Antoine had become a global sensation at a very young age when he performed on Britain’s Got Talent, the world’s most viewed TV show. He had impressed the judges with his powerful operatic voice.

Antoine’s recent performance on the song “Winter Wonderland” was well appreciated by his fans worldwide. Earlier, Antoine got two best-selling albums released with his singing partner Charlotte Jaconelli before starting his career as a solo artist.

He was the one to become the youngest tenor who got his album to the #1 position in the charts. The singer had successfully released two singles off his 1st Holiday collection earlier and had received a stunning response on his songs “Amazing Grace” and “These Are the Special Times.”

The chart-topping tenor will be releasing another Holiday album, “ChristmasLand,” which has 12 beautiful tracks. Many people liked one of the songs, “Winter Wonderland,” after Antoine’s live performance of the song at Union Chapel in London.

The song was initially performed by Richard Himber and his Ritz-Carlton Orchestra in the year 1934. Antoine has done justice to the original piece. He kept the spirit of Christmas alive even when he was on stage.

The stage at Union Chapel London had a Christmas feel to it because of the decor. The audience surely must have heard this song before. Still, Antoine made it their best experience with his powerhouse performance. His voice was full of confidence, and he had a happy face. He knew he could impress the audience with his outstanding performance.

Antoine’s voice has matured and has gotten better with time. He has become a true artist. The song can be considered a beautiful gift to his fans during Christmas. After the stage performance, his fans believe that this is one of the best interpretations of the original.