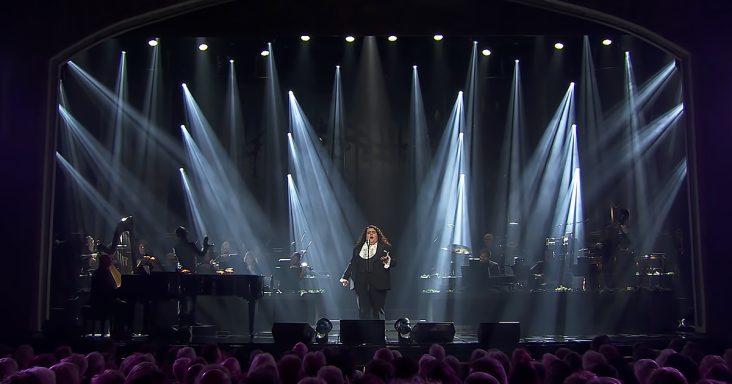 Fedora is a tragic opera written in 1882 by Umberto Giordano. It is based upon a libretto by Arturo Colautti. The narrative tells of two doomed lovers, as most tragedies do.

The lovers are Princess Fedora Romazov and Count Loris Ipanov. In the opening, the princess professes her love for her fiance Count Andrejevich. However, her soon-to-be husband is a scoundrel.

She learns of another Count, Ipanov, who admits to the murder. However, when Ipanov first sees the Princess, he falls madly in love with her beauty.

The aria, “Amor ti Vieta,” explains the moment Count Ipanov is struck by Cupid’s arrow. In Act II of Fedora, the Count realizes he loves Fedora, and she may love him, too, but they would never admit this great feeling to each other.

This aria has been covered by many great opera singers. Now Jonathan Antoine has added this song to his growing repertoire of emotionally moving songs.

In this video, Antoine sings “Amor ti Vieta” with a full orchestra in his Going the Distance concert. Audiences first met Antoine when he competed in Britain’s Got Talent’s sixth season with his then singing partner, Charlotte Jaconelli.

Antoine and Jaconelli earned first runners-up that year, and the duo performed for a bit longer together. However, the pair soon split to follow solo careers. Antoine has been wowing listeners with his broad range of genres, and his Going the Distance album is a great example of how he makes every song his own.