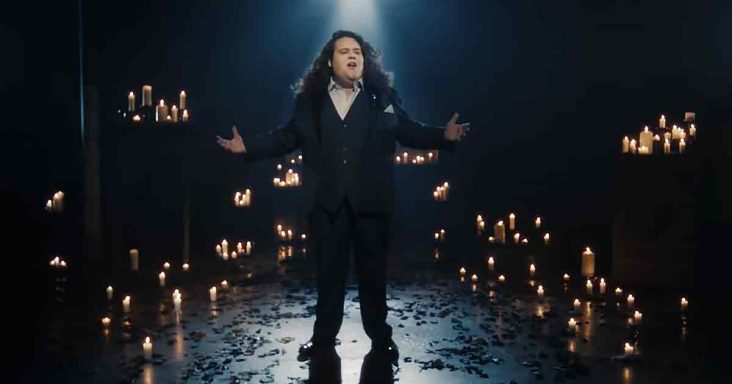 The man who wrote “Amazing Grace” has an incredible life story. John Newton’s history culminated into the hymn of praise and redemption. Though it was written over two hundred years ago, singers continue to perform the song regularly today.

Newton was conscripted (drafted) into the British military in his youth and then was part of the Atlantic slave trade. In a violent storm, Newton cried out to God and begged for mercy.

God spared Newton, but he continued to sail on ships carrying slaves until he gave up his life at sea. Once back on land, Newton studied the Bible and devoted his life to abolitionism.

Newton wrote, “Amazing grace how sweet the sound / that saved a wretch like me! / I once was lost, but now I’m found / Was blind, but now I see.” These lyrics speak to Newton’s conversion and absolute confoundment that a God could forgive him and make him new.

In this music video, opera singer Jonathan Antoine performs the classic hymn. He stands in a dark room tastefully lit by hundreds of candles as a wind gently blows his long curly hair.

A beautiful dancer dressed in blue performs in another room with a spotlight above. She acts out the revelation of grace that Antoine sings.

Antoine and the dancer are so free and grateful by the end of the video. Both have their arms outstretched to God. Both performances come together to give viewers a feeling of hope and assurance that redemption is possible.