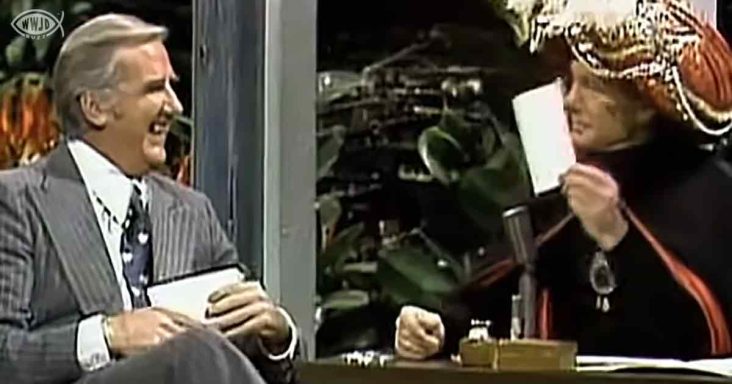 Johnny Carson always delivered big laughs on his late-night show. From time to time, he would play various recurring characters. One of the most memorable characters was ‘Carnac the Magnificent.’ 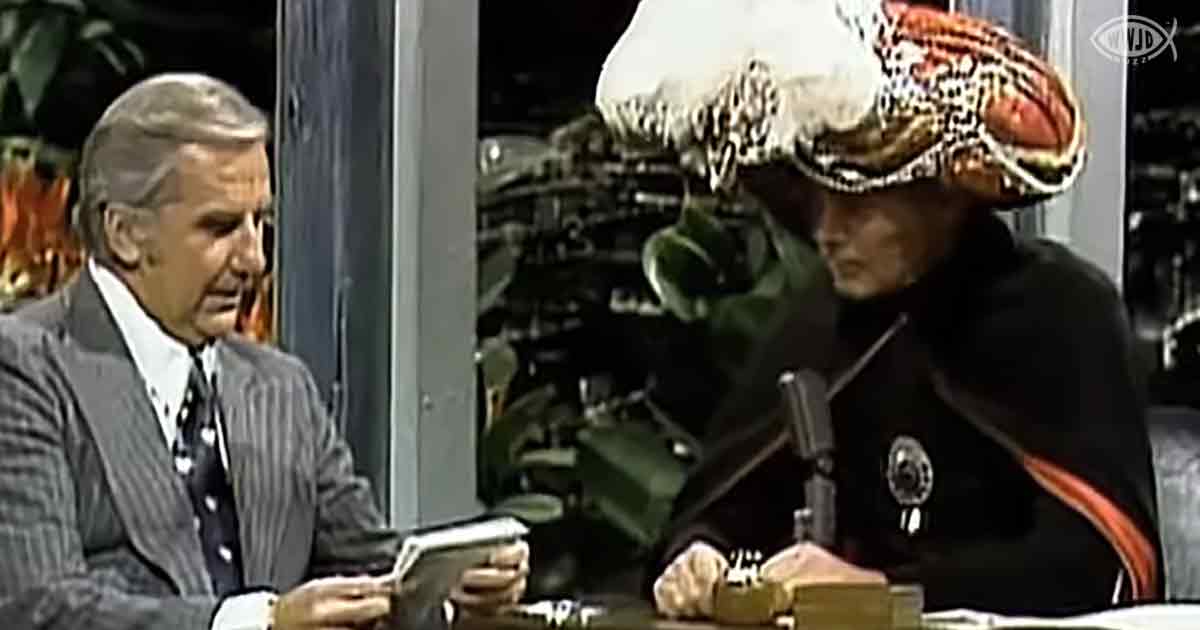 Ed McMahon introduces ‘Carnac,’ played by Johnny Carson. He stumbles across the stage after appearing from the curtain wearing a red turban that is way too big for his head.

After some banter with Ed, Carnac holds up the 1st envelope to reveal what is inside with a prediction. He places the envelope to his forehead and says, ‘A thousand clowns.’ He opens the envelope and says, ‘Who put together the NBC fall schedule.’ The audience immediately laughs! 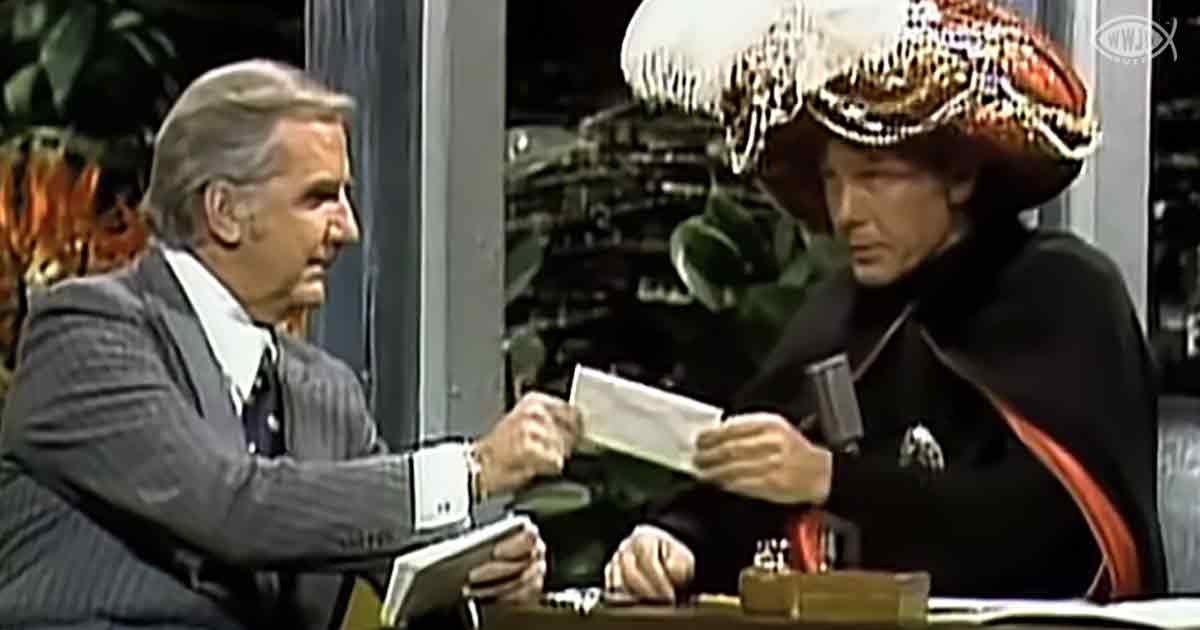 He holds up another envelope to his red turban and says, ‘Mount Baldy.’ He reads the card, and it says, ‘What do you do when you play horsey with Don Rickles?’ This joke was a bit sketchy, so Carnac surveys the room with a funny facial expression.

The next card, he predicts, ‘Three dog night.’ The card reads, ‘What’s a bad night for a tree.’ Johnny laughs at his own joke! Another card is predicted as ‘UCLA,’ Carnac answers, ‘What happens when there isn’t any smog.’ The audience realizes the joke is ‘You see L.A.,’ and laughs right along. 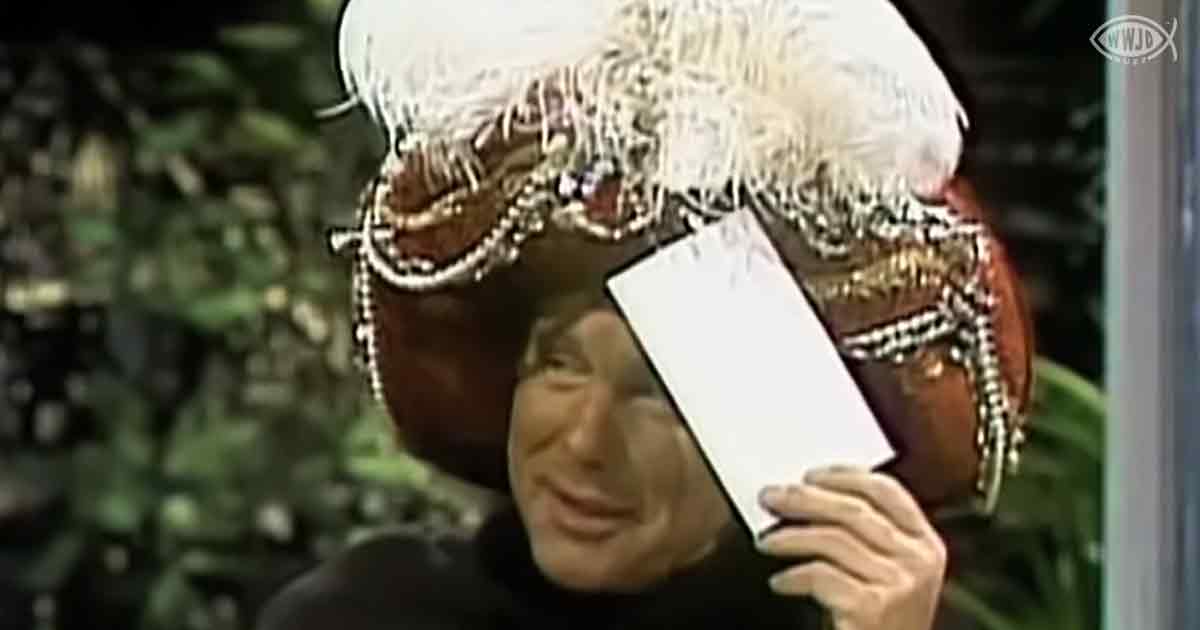 Carson continues his routine as Carnac saying, ‘Ed McMahon and Sanford and Son,’ while holding up the white notecard. He opens it and reads, ‘Name three people who sell a lot of junk!’

Carnac closes with a prediction of ‘Hurry up.’ The card reveal says, ‘Name a drink that’s made with 7up and prune juice.’ The audience loved every minute of this classic Johnny Carson routine!