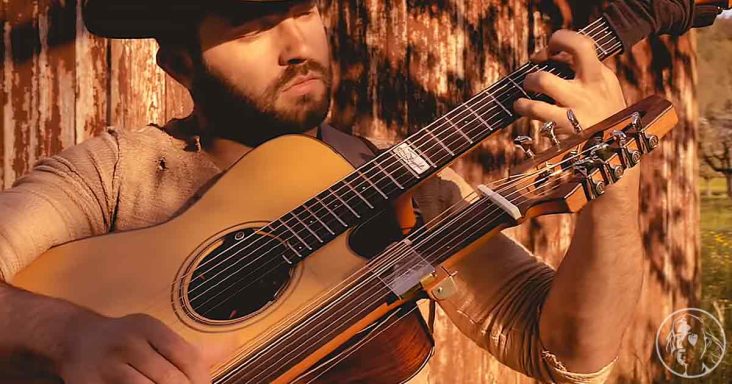 The music video opens with Italian guitarist Luca sitting on a single chair in a field of wildflowers. He wears a cowboy hat, a worn-looking shirt, and ripped jeans. He holds a reversed slide neck and his acoustic guitar. Luca plays both peacefully and masterfully. 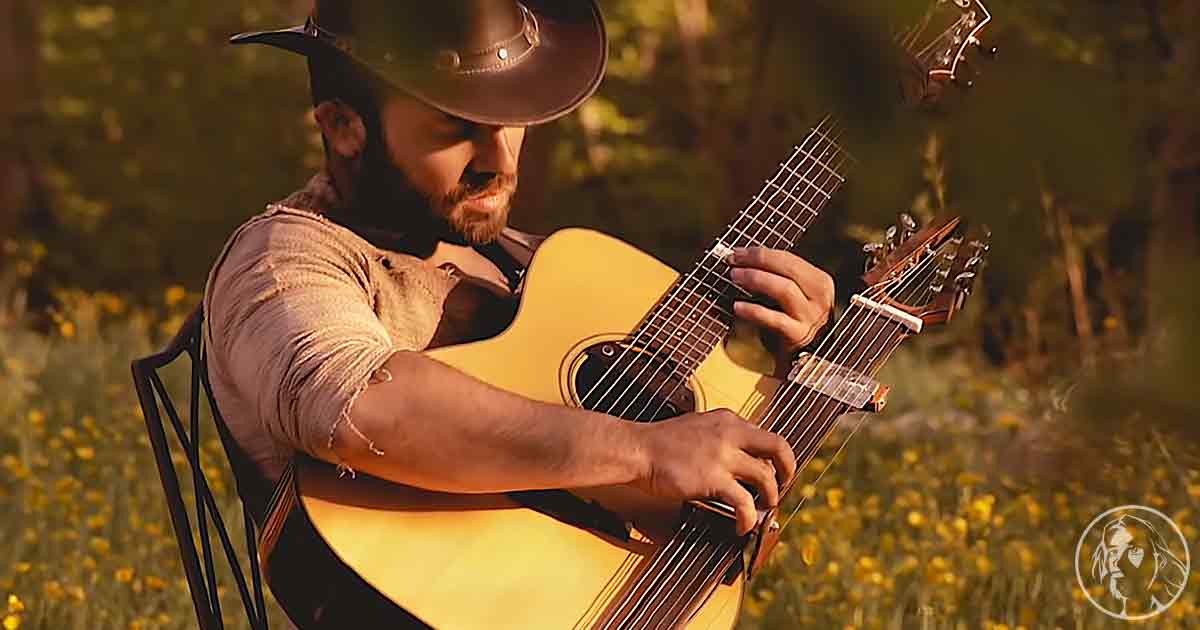 Luca Stricagnoli dedicates this cover of the country classic, “Take Me Home, Country Roads,” to an inspiring little girl he was able to meet on tour. He credits her amazing family and encourages her by saying she is a fighter.

John Denver’s nostalgic melody about going home to the country is a beautiful vocal and instrumental arrangement that’s been covered by many artists. The song was first released in 1971 on Denver’s “Poems, Prayers, & Promises” album. 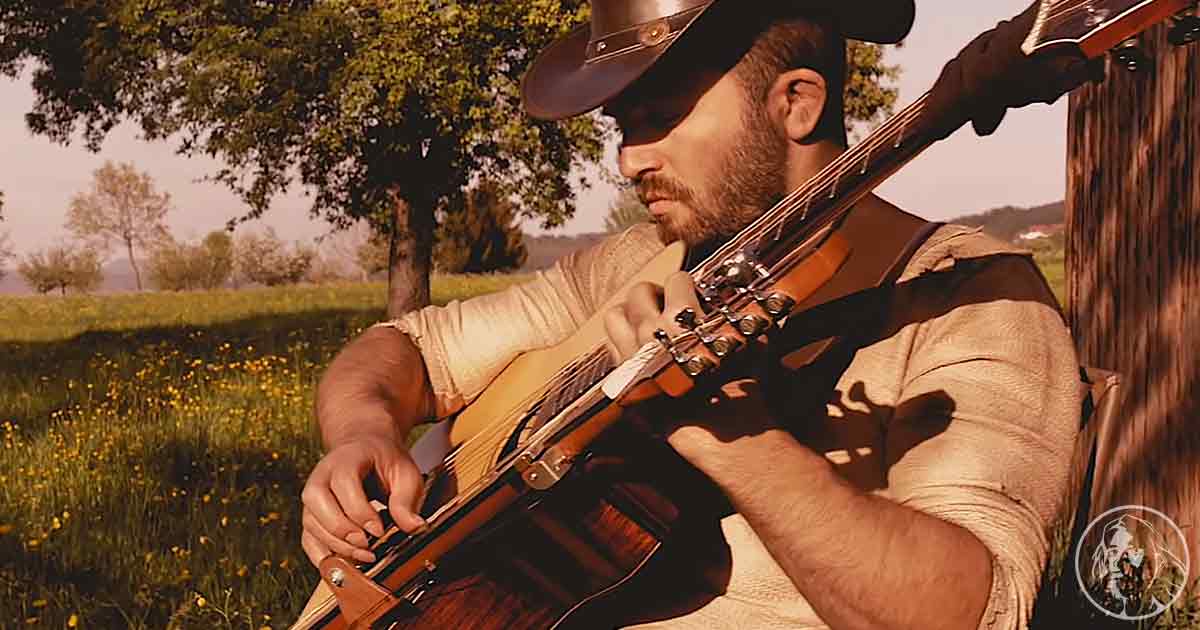 There’s something special about this version, though. Perhaps it’s the way Luca makes the instruments do the singing.

The talented acoustic guitarist uses up to five guitars in the same song, which can be pretty cool to watch live. Luca is also known for bringing a unique energy to his performances. 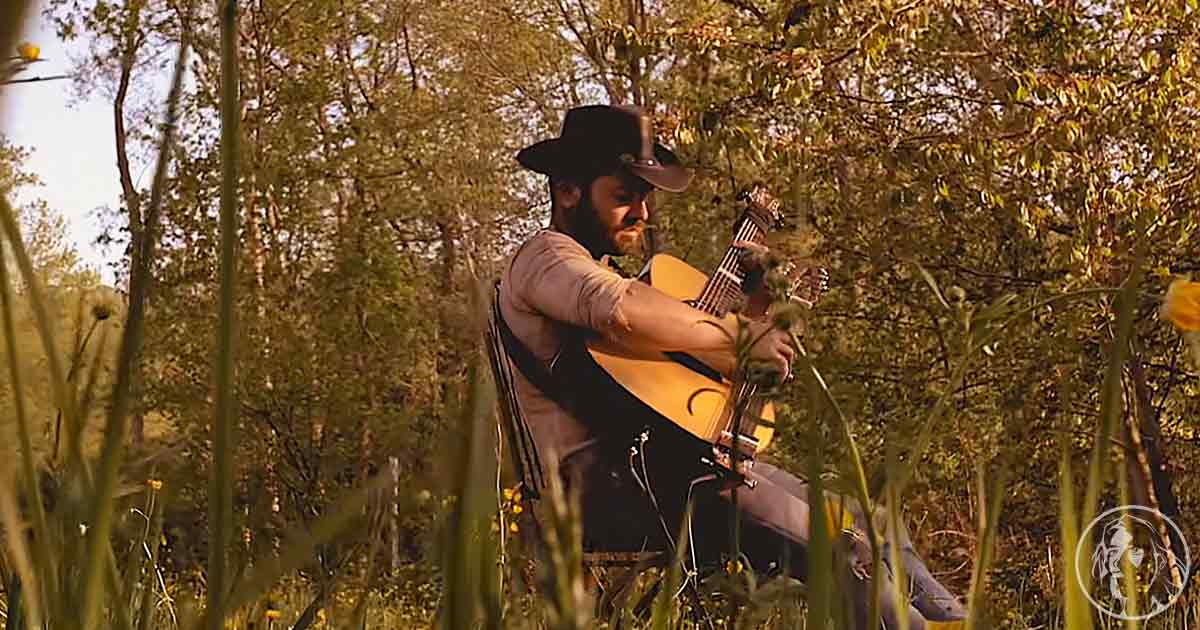 His videos have been viewed over 100 million times, and Stricagnoli credits his wife with this particular video shoot. He also lists his US and European tour dates coming soon.

Luca’s newest album is called Change of the Rules. 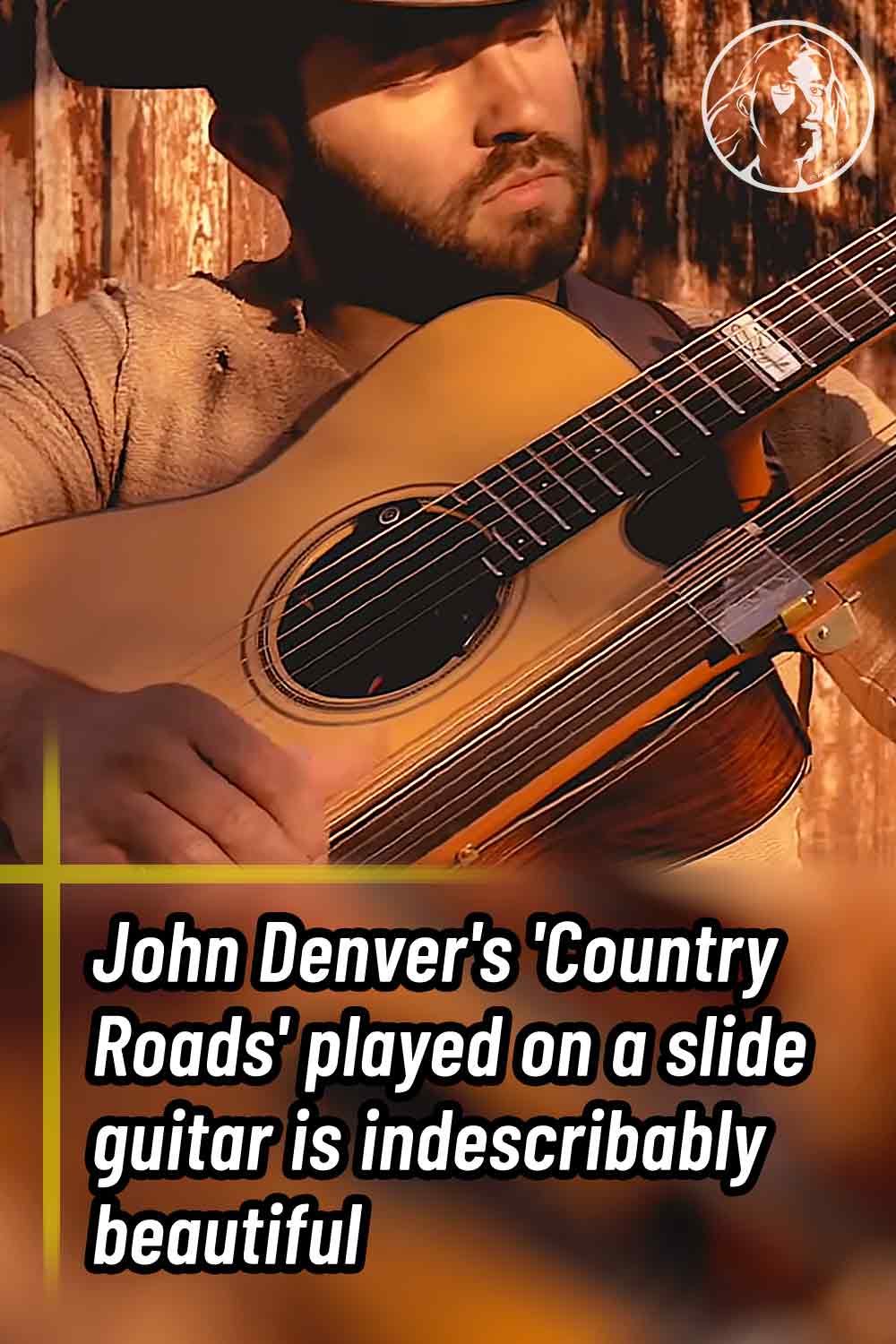