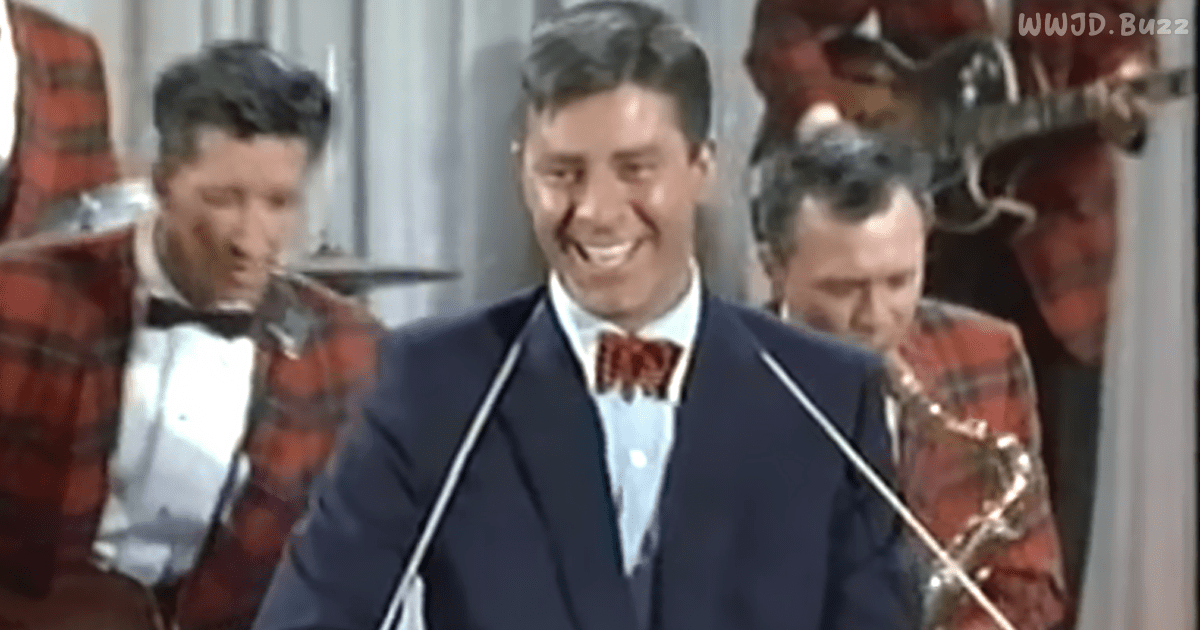 This video here combines two of my favorite things: Great music and comedian Jerry Lewis. Both combine to form a heck of a nostalgia trip… Remember “Bye, Bye Baby”? You’re going to love this then. I remember Lewis from other movies and of course, his Muscular Dystrophy telethon that lasted for decades. Get ready for some great fun.

We see Lewis standing on stage with a big band. He’s got a guitar, with the wire around the back of his neck. Once the song starts, he effortlessly shimmies around with the guitar, bellowing in tune to the music. All quite difficult to do. This shows why he’s considered one of the best physical comedians of all time. His three babies are on the side of the stage, each baby in a basket.

People like to pick on Lewis. I always like to tell them to back off. Yes, he could over-rely on the goofy expressions and some of his roles bordered on racist caricature, but that was a different time. My favorite part of the video was when he finished up with the guitar and the dancing, and went over to the drum set. He’s a good drummer! I mean, this is a guy who held his own with the peerless Buddy Rich! The babies in the video are now wearing adorable earmuffs.

The really ironic thing is that the babies that we see in this movie would be turning 60 in either 2017 or ‘18 depending on when they actually filmed the movie that came out in ’58. Lewis is in his 90’s now. I’m sure he wishes that he could still move like that loose-limbed fellow back in that day. We’re thankful that he could do that for us then. He truly was a gifted comedian and musician.