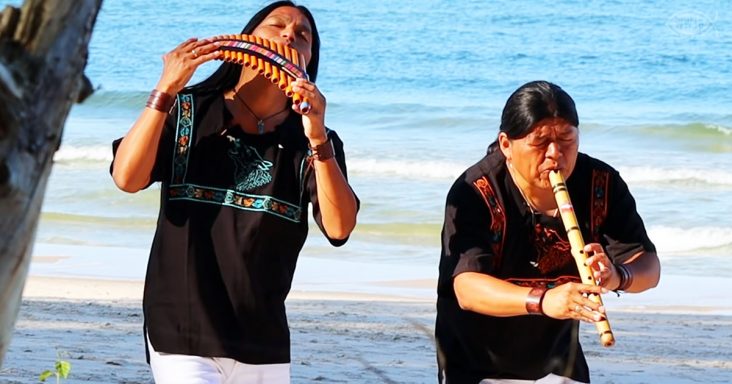 The calming and peaceful sounds of a flute and panflute filled the air of a beach. Luis and Fabian are two Native-American brothers from Ecuador. On a sandy beach, they offered wonderful music to nature itself.

Wuauquikuna is their band name, and their goal is to share their culture with the world. They love to play music and perform in beautiful environments.

For their concert on the shore, they were playing Celine Dion’s ‘The Power of Love.’ You could almost hear the words to the song as the sound of their instruments matched the voice in the original piece. 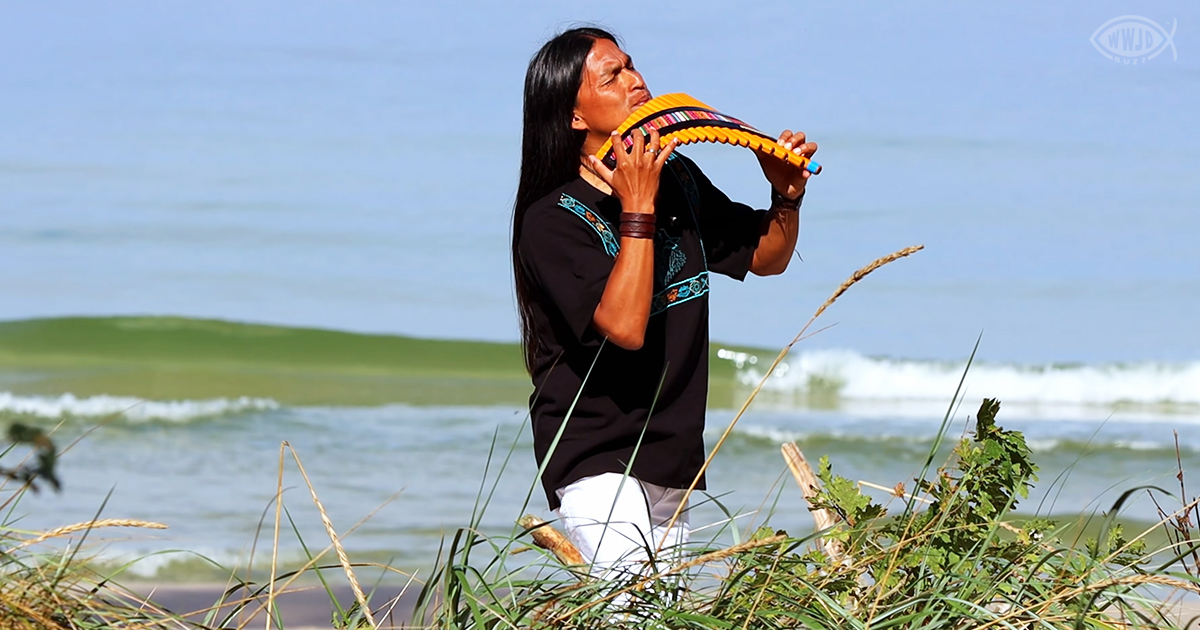 Endless blue waters curled into waves that crashed against the shore, sand stretched down the line of the beach, and all trees stood behind them. The sun hung brightly in the sky as it slowly descended.

The two brothers create music that calms the soul of anyone listening. Panflutes have a distinct sound that they use masterfully in every song.

Nature is something the brothers never take for granted. After each performance, they always take the time to bask in the majesty of their surroundings. Around them, the world seems to slow down to listen to their music.

Dusk marks the end of their performance. Another phenomenal cover by Wuauquikuna. It is unbelievable what they can create between the two of them. They only get better with every new song they play.