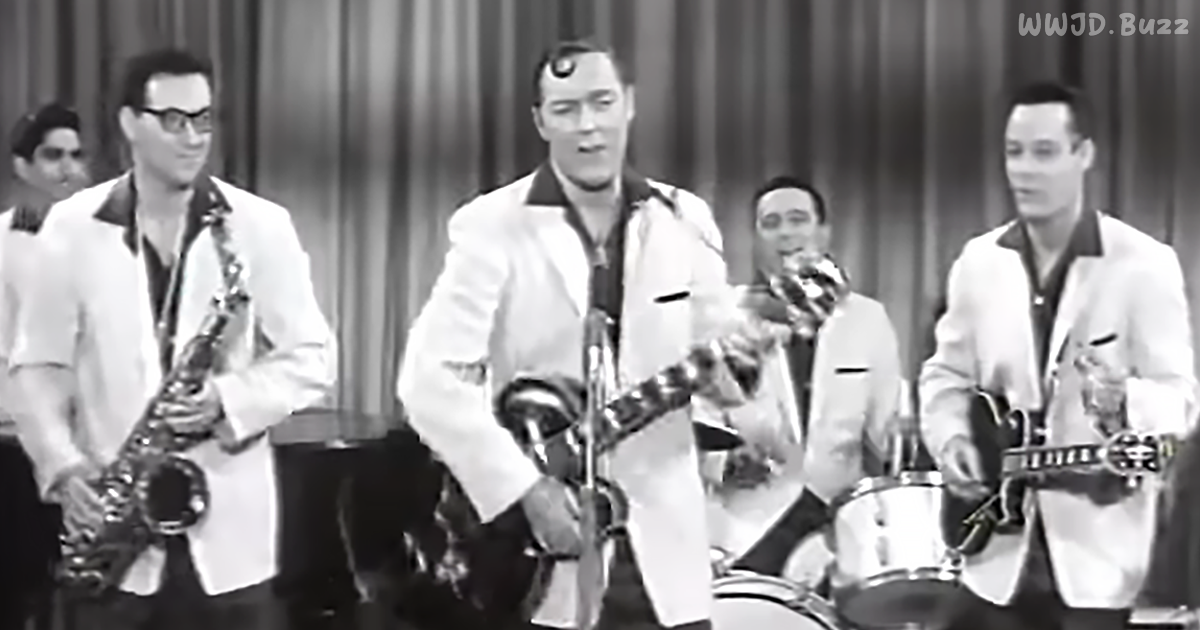 This is proof that 1950’s rock and roll will never go out of style. It’s just as good now as it was back then. Somethings just get better with age. Rock and roll is one of them.

More and more people today are rediscovering the 1950’s and its golden age of music, even the younger generations are getting hooked. And is it any wonder? Rock and roll is the most fun you can have in public without getting arrested!

Let’s go back in time. The year is 1956, Dwight D. Eisenhower is President of the United States, Filling up your tank would cost a whopping 22 cents per gallon, and everybody is dancing to the wonderful music of Bill Haley & His Comets.

“Don’t Knock the Rock” is a 1956 American musical film starring Alan Dale. The title of the film comes from one of Haley’s hit singles of 1956. The Haley recording is played over the opening credits, but it is Alan Dale who performs the number in the film. Indeed, while Haley and his band are the top-billed performers in the movie!

Boy, do they ever take the spotlight! Couple after the couple steps in the middle and make incredible dance moves. I started sweating just watching this, that’s how athletic the dance is. I have to say; this video left me breathless!! The way they move!!

There was so much sheer energy emanating from that set that it could have powered a large city for a year. At one point two couples bonked into each other’s backs… and I was surprised that was the only time that it happened. Sometimes it looked like molecules were whizzing by each other. The people who did this were in good shape, no doubt.

A lot of younger folks think their grandparents were boring, but this video proves them wrong! Let’s face it; we’re all only as old as we feel. In all seriousness, we might have more in common with the younger generation than we might like to admit!

The chances are that this video made a lot of people feel nostalgic. How about you? We’d love to hear your thoughts about what you saw. Tell us in the comments section.