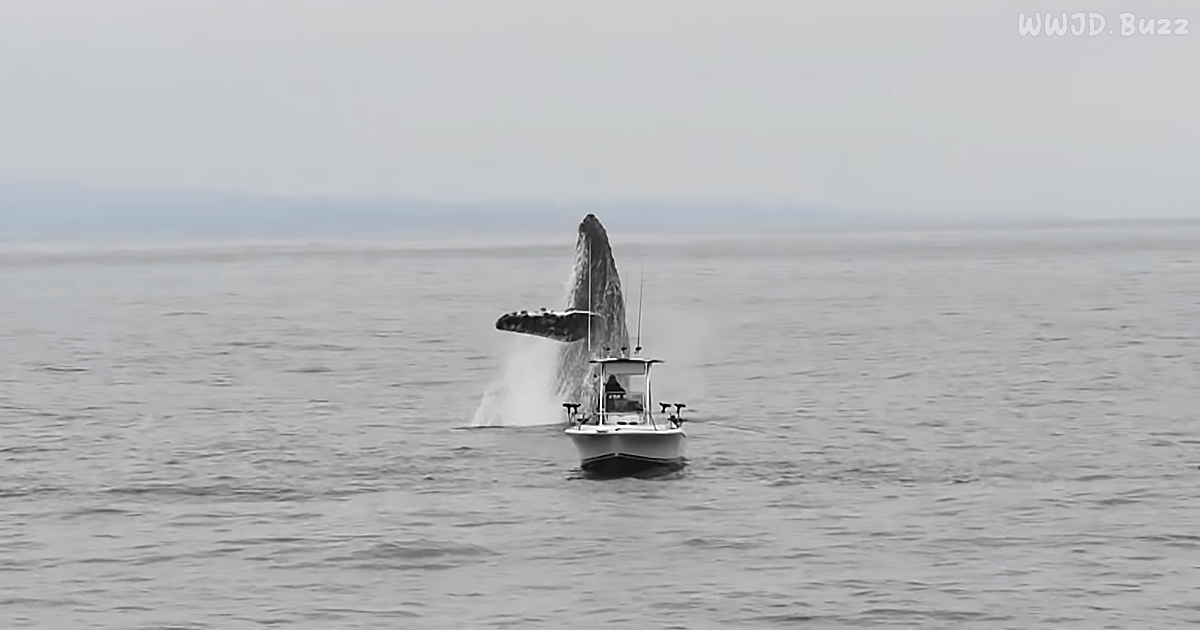 Thousands of people flock to the waters of Monterey Bay in Canada every year for the chance to catch a glimpse of a massive humpback whale. They can be found migrating through that area between January and November as they feed on krill and schooling fish.

At maturity, humpback whales can grow to an average length of 40-60 feet long and weigh as much as 44 tons. That equals up to 88,000 pounds! One thing whale watchers love about the humpback whale is their breaching habits. Breaching is when a whale launches its entire massive body out of the water. You thought a belly flop in a swimming pool created a big splash; image the splash this would make.

Salmon season in Monterey Bay coincides with when humpback whales return to feed for the summer. There are easily hundreds of boats on the bay, between fishermen and whale watchers, so it can get a bit crowded.

This specific whale had already breached a few times before this footage was captured. Quite often, when they breach multiple times, they are headed in a specific direction and are building up speed. Douglas and Kate had noticed this pattern and had a feeling the whale would breach again. This time, they were determined to catch it in the act. They estimated that the whale would breach roughly in the spot where an unsuspecting fisherman was floating in his small boat.

Douglas captured photographs of the exact moment the whale leaped out of the water directly behind the fishing boat, and Kate’s video footage added even more excitement to the special moment. The fishing boat gives a great proportional range and shows how massive this whale truly was.

What awe-inspiring footage of this majestic creature. The fact that it is able to launch its massive body out of the water is just unbelievable. You have to wonder what was going through the fisherman’s mind at this very moment.