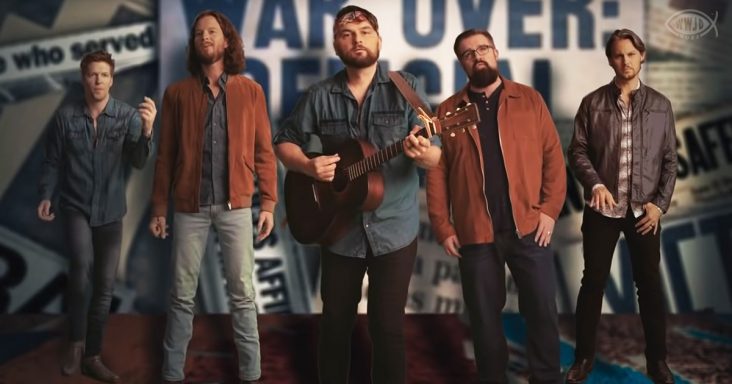 Home Free’s cover of “Born In The USA” by Bruce Springsteen, reminds people what the song is really about. The lyrics and the music video show the powerful message he was trying to convey.

Their performance shows they aren’t afraid to talk and sing about the war. At one point the band members show themselves in line for enlistment.

The band members are also seen singing in different places across the country. There is a farm, a city, and a factory. Famous images of the US are displayed, such as the bald eagle, Statue of Liberty, and Marilyn Monroe. 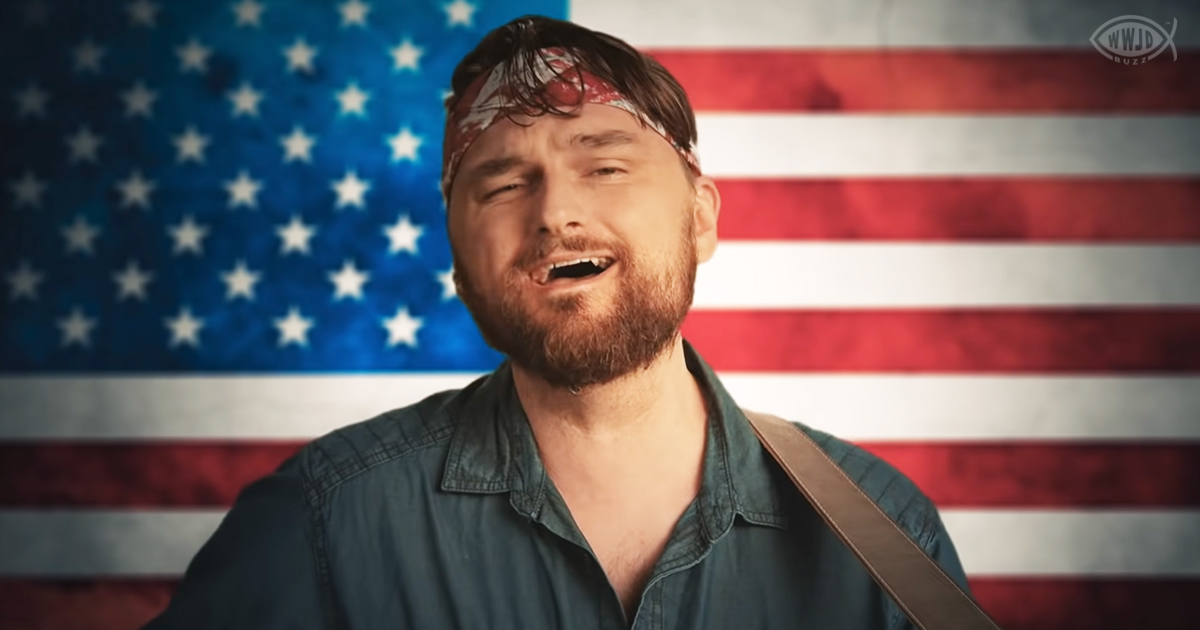 A few times they flash several newspaper headlines in the background and on the face of the guitarist. The headlines pass by quickly but they talk about events that the US was involved in.

On a sidewalk, the five band members of Home Free appear to be busking. Between them lies a guitar case propped open for money to be thrown in.

They have a sign that previously said HOME FREE, but the word FREE is crossed out and it is replaced with the word LESS. It now says HOME LESS.

It is a subtle message, but a powerful one nonetheless. Their performance showed that they understood why Bruce Springsteen made the song in the first place.