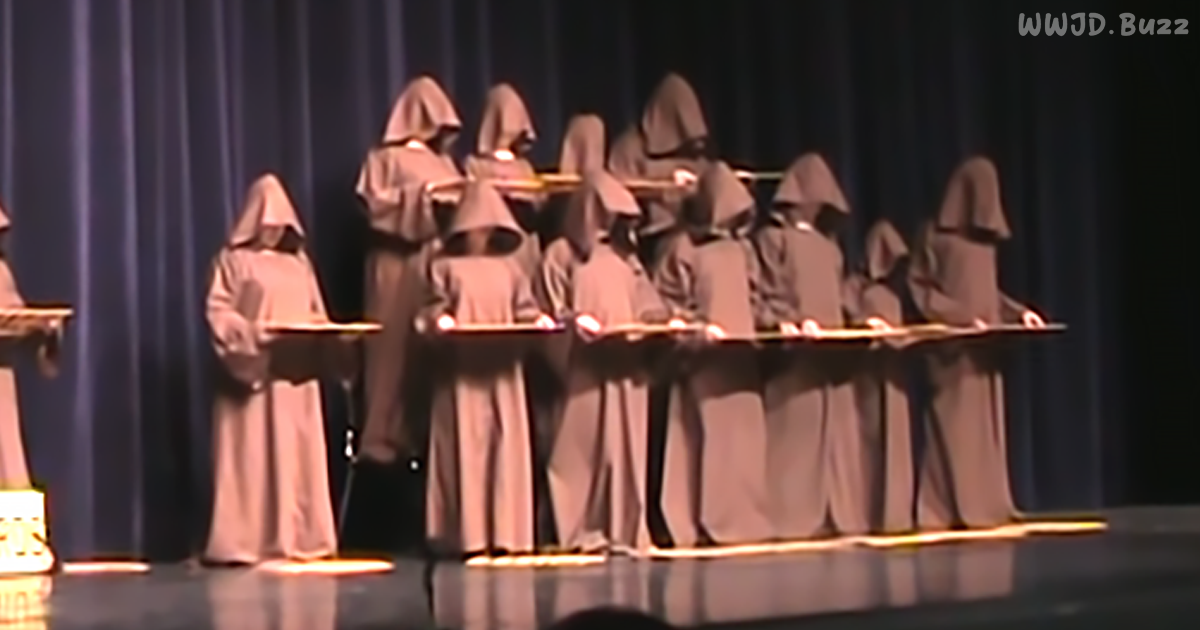 High school seniors have an image of being slackers who are just counting the days until they go to college. The “senioritis” tends to hit hardest during the second half of the school year when they are all but assured of going to college. This group of kids isn’t wasting their time when classes aren’t in. No – they come up with a fantastic skit for the Christmas show.

The students are seniors from South Kitsap High School Vocal Music Club – the school is in Port Orchard, Washington. This is a well-choreographed version of Handel’s “Hallelujah” – not to be confused with the Leonard Cohen version. They are pretending to be monks who have undertaken a vow of silence, so they can’t really sing. Instead, the song is pre-recorded, and each of them has several placards.

They stand in two rows, each of them with brown robes that have enormous hoods that obscure their faces. They lift the placard that has part of each lyric – “Hal” “Le” “Lu” “Jah” when it’s sung. There’s a couple of them who have placards at their feet, and they flip them with their toes, which is quite impressive. They obviously practiced a lot for this segment. It’s not something they threw together in five minutes.

The audience was eating it up, laughing uproariously at some parts. One thing this whole skit reminded me of was from a scene in “Monty Python and the Holy Grail,” where there were monks who were chanting a song. If the kids were imitating this though, they would have been smacking their faces with the placards at various points. OK, that part only made sense if you’ve seen the movie… Still, they earned their standing ovation at the end of the song. I would have done the same if I’d been there.