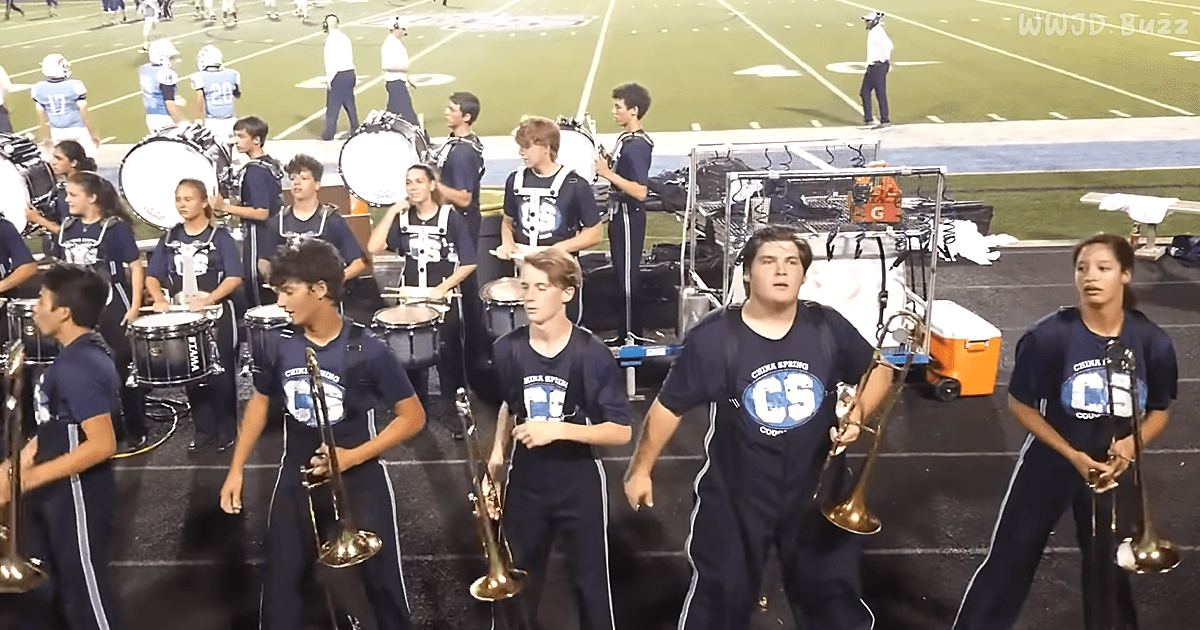 There are some videos that we just mindlessly watch without ever really feeling anything about them. Then there are videos like this, where you can almost feel the emotions of the performers and the crowd! You’ll find yourself smiling at the screen without even noticing.

At a high school football game, the China Spring Cougar Band performed what they call, the trombone section “suicide” routine. Poor choice of the name aside, don’t discount this nail-biting performance.  You’ll be holding your breath while you watch.

This wasn’t just another performance at a game though. The Cougars were playing against a well-known rival, which meant that the stands would be full! The Cougar football team managed to pull a win against the Addison Christian Academy Trojans. The football team wasn’t the only one to pull a win on this night though.

Lined up on the sideline of the field, the band prepared for their show. With a tap from the drums, the trombones began their wild routine. Flowing perfectly together, like a well-oiled machine, these students took their craft to the next level. While being able to play the instruments is very important, without having great presents it becomes just another good performance.

The students move together in a way that we rarely see. They have this performance down pat. As the show went on, the crowd went wild. You can see how happy and focused these students were. Watching this video, you can feel the emotions of the crowd and the band members.

It leaves you feeling excited and proud as if these were your children or your high school classmates.  You can see how happy the band was when they finished this difficult routine and everyone began to cheer for them. Imagine this being your child, who is standing proudly in front of everyone, ready to show their talent. One person who saw the clip said, “I play the trombone, and let me tell ya this takes a lot of concentration and strength to pull this off!” While another jokingly said, “I hope they started off learning this routine with helmets and pool noodles!” I think, after seeing the video, we can all agree with that statement.

Check out the video and leave a comment to let everyone know what you think about this talented group of kids. I believe we will see great things from them in the future!