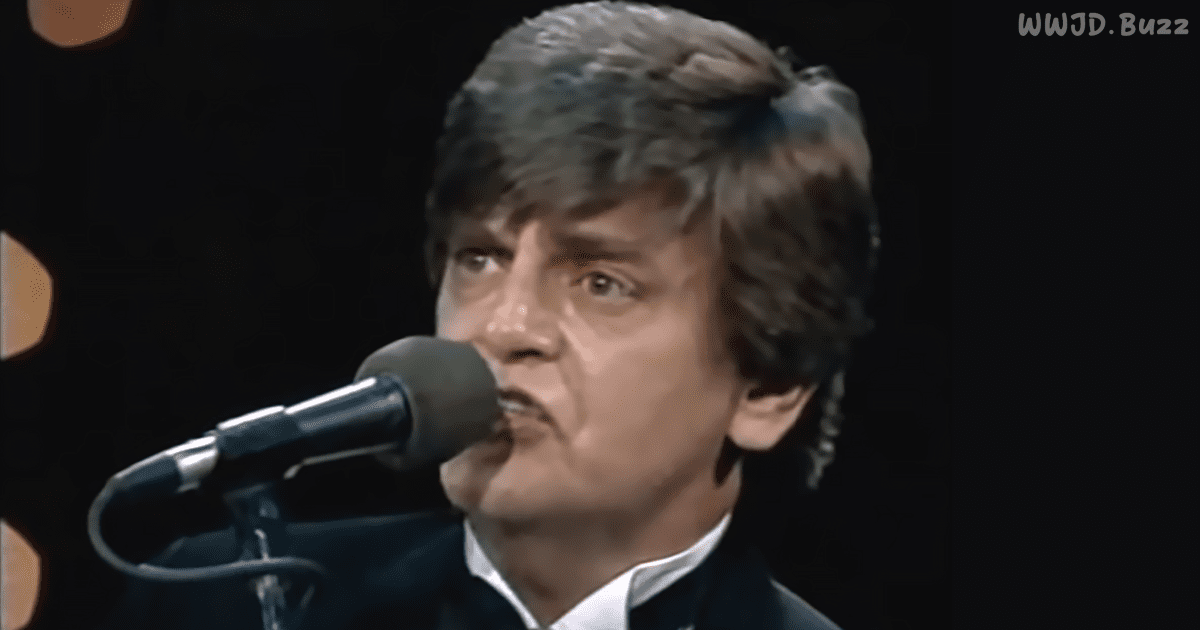 “Let It Be Me” is a song with a fascinating history and French roots that many fans are unaware of.

The Everly Brothers were an American country-influenced rock and roll duo, known for steel-string acoustic guitar playing and close harmony singing. Isaac Donald “Don” Everly (born February 1, 1937) and Phillip “Phil” Everly (January 19, 1939 – January 3, 2014) were inducted to the Rock and Roll Hall of Fame in 1986 and the Country Music Hall of Fame in 2001.

Wait until you see this incredible performance from the Everly Brothers’ 1989 concert in Melbourne, Australia. This harmonic duo entertained fans across the globe for decades and fans are thrilled for the opportunity to enjoy this spectacular concert footage.

“Let It Be Me” is a song with a fascinating history and French roots that many fans are unaware of. “Let It Be Me” is a popular song originally published in French in 1955 as “Je t’appartiens” interpreted by Gilbert Bécaud. It became famous worldwide with an English version by The Everly Brothers and later with the duet by Betty Everett and Jerry Butler.

“Je t’appartiens” was a French hit in 1955. The score was written and first recorded by Gilbert Bécaud. The lyrics were penned in French by Pierre Delanoë. In 1955 it was a hit for Bécaud and in 1956 was re-recorded by Les Compagnons de la chanson.

The English language version used lyrics by Manny Curtis and was performed in 1957 by Jill Corey in the television series Climax!. Corey’s version, with orchestration by Jimmy Carroll, was released as a single and was moderately successful.

The Everly Brothers helped to further popularize the song with their 1960 rendition of “Let It Be Me” which reached the 7th position on the Billboard Hot 100. The harmony arrangement of this version was often emulated in subsequent remakes.

This was the first Everly Brothers single to be recorded in New York, and not in Nashville. The musicians that backed up the brothers on the record included Howard Collins, Barry Galbraith and Mundell Lowe on guitar, Lloyd Trotman on bass, Jerry Allison on drums and Hank Rowland on piano.

The brothers’ musical career began when they were just small children in Shenandoah. Their father Ike and mother Margaret had a radio show that featured the family performing various musical numbers together.

From there the duo relocated to Knoxville, TN where they were discovered by family friend Chet Atkins, manager of RCA Victor’s studio in Nashville. The brothers became a duo and moved to Nashville. Despite affiliation with RCA, Atkins arranged for the Everly Brothers to record for Columbia Records in early 1956.

“Beautiful! They were a gift to the world of music, and to the world. I’ve loved this song since the first time I heard it,” praised one viewer.

Another exuberant fan commented, “I love their music so much, I rank them up there with the likes of Jim Reeves, Marty Robbins, Louis Armstrong, Sister Rosetta Tharpe, Mother Maybelle, and Bob Wills. They broke musical ground and sang in a time where they were in two different genres of music Rock n Roll, and Country. I have heard great harmonies in my life, but I have always put the Everly Brothers at the very top of the list, no one was finer at what they did.”

Check out this fantastic performance and share your thoughts below. We’d love to hear what you think. Let us know if you’d like to see more from the Everly Brothers.