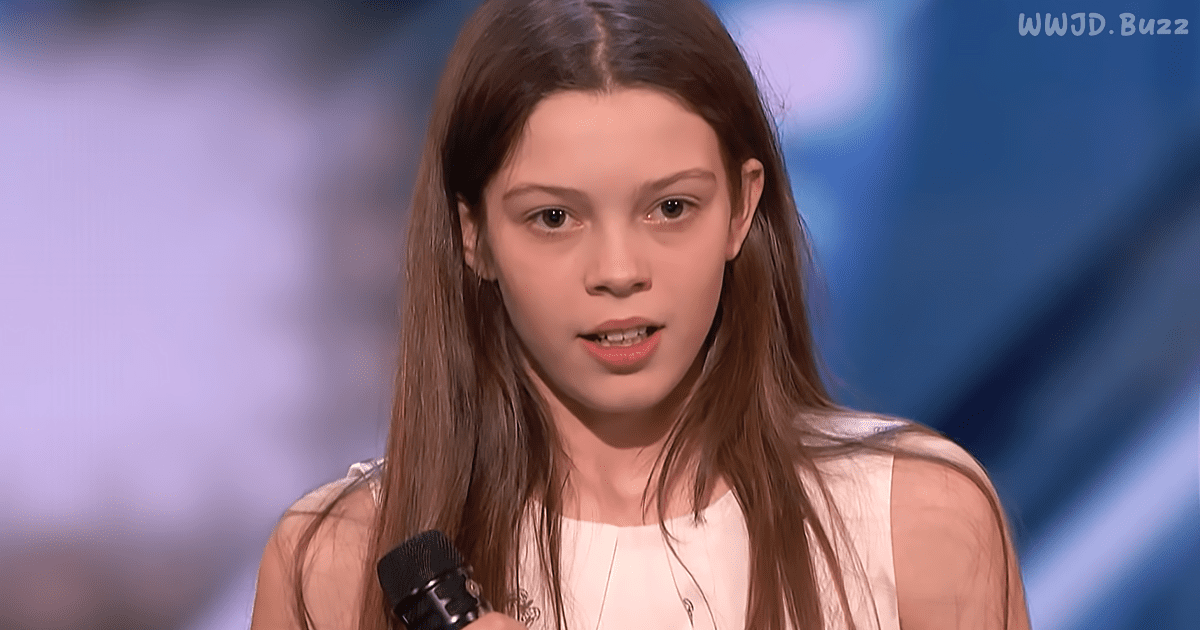 I love this girl because she lives the old saying: Dance and sing like nobody’s watching! Just goes to show: when you do just that and be yourself, you’ll go a long, long way on America’s Got Talent.

Please meet the break-out performance by Courtney Hadwin. You better remember that name because you’re going to be hearing more from this amazingly talented young lady.

This AGT contestant shocked the judges when she delivered an epic performance of this ever=popular, instantly recognizable 1968 classic ‘Hard to Handle’. The amazing teen was brought to tears when Howie Mandel pushed the Golden Buzzer.

In my opinion, this is one of the most notable performances on America’s Got Talent to date because it’s a complete shocker. No one would assume this 13-year-old girl had a set of pipes on her that rivals Janis Joplin.

Yes, I said Janis Joplin. I know that’s a stretch, but let me tell you something: I’m not the only one. Everybody is saying she sounds just like the famous singer. Judge Howie Mandel says the same. The auditory resemblance is beyond remarkable, it’s downright uncanny. Mandel says she Courtney Hadwin is “out of this era”. Quite right.

The 13-year-old singer appeared on millions of TV sets across America on Tuesday night (June 12) and her singing abilities were so great that Howie Mandel hit the golden buzzer after the audition. If you watch closely, Simon Cowell couldn’t help himself either.

Because Courtney Hardwin earned the Golden Buzzer, that means she goes right to the “live” show, bypassing “Vegas Week”. Watch Courtney‘s audition below, THEN show your support for this talented rising star by 1) making a comment below (Facebook likes it when you do that) and 2) share this — because this performance just too good to keep to yourself.