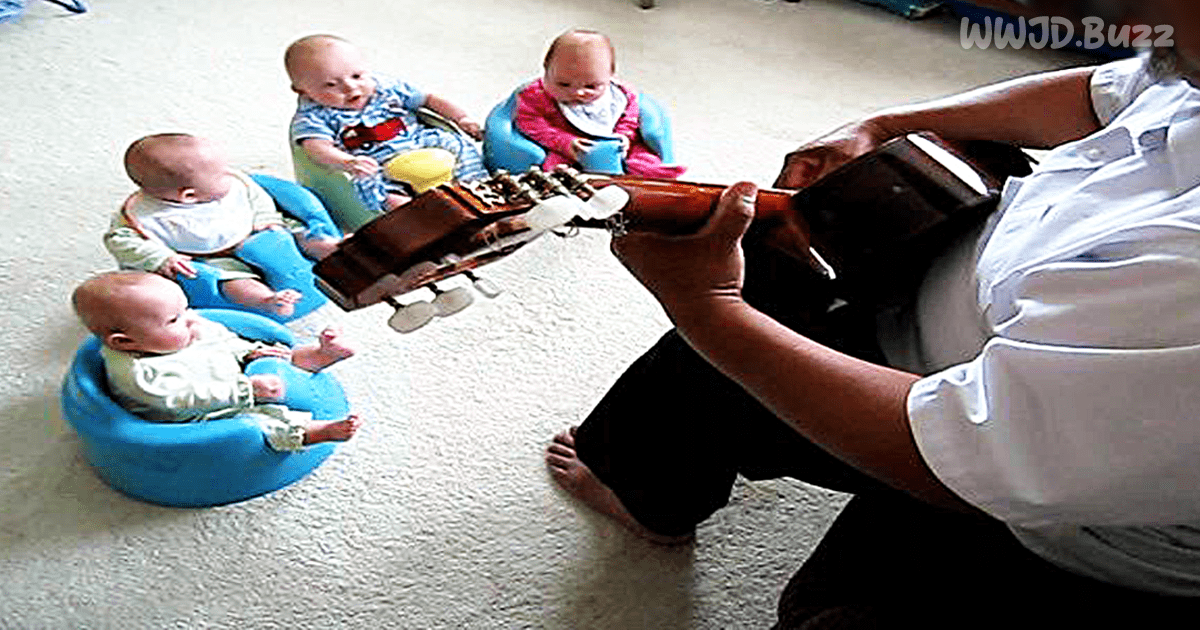 “The only thing more wholesome than watching a baby hear music for the first time is four babies being serenaded by a loving family member.

In this video, a group of five-month-old quadruplets sits on a floor while their uncle plays low, soft acoustic guitar to their delight. The babies nod, bob their heads, and squee with approval throughout the thirty-second video.

The clip has racked up 13 million views since it was posted in 2010. The video appears on a YouTube channel called Four By Two. The parents of the four infants started the channel to chronicle their children’s lives as they grow up.

Though it wasn’t posted until 2010, the video is probably older. The quadruplets were born in December 2008 and would not have had such a fresh look by 2010. They are now all ten years old and, according to the channel, they still keep mommy and daddy busy. Other videos include holiday celebrations and the kids’ milestones like learning to ride a bike.

The children are named Isaac, Lucia, Jude, and Dahlia. Two boys and two girls. They all turned ten on December 24, 2018. Their parents, Suzy and Ted, keep a blog which they regularly update. The blog further tells the story of the kids and their adventure. It is called Four By Two, matching the YouTube channel’s name.

The babies were born prematurely and spent 16 days in the NICU. This must have been a harrowing time for their first-time parents, who are committed Christians. Faith can be a source of strength, and it is easy to see how much this family depends on their faith to deal with adversity. A Bible verse appears on the sidebar of the blog landing page.

The YouTube channel, and especially the blog, really are accurate ongoing accounts explaining the reality of raising those many children. The blog begins shortly after Suzy learned she was pregnant. There are pictures of that initial ultrasound, and the parents were more surprised than anyone to see four images. They would have been happy to see one!

Suzy credits her husband, Ted, with helping her through the pregnancy and reminding her to care for herself. One picture shows them with their doctor after a visit. All three are smiling and at ease for each other. Good medical care, from a familiar doctor, is essential for a healthy pregnancy and delivery.

There are many other such moments in the blog. Suzy thanks God, asks for prayers, and tells stories of her little ones and their daily antics. It is difficult to care for one child, let alone four. Ted and Suzy continue to face challenges every day.

It was a homemade music video that first brought attention to this beautiful family, but reading and following along with their lives keep viewers interested. Who knows–the quadruplets may grow up to form a band of their own. 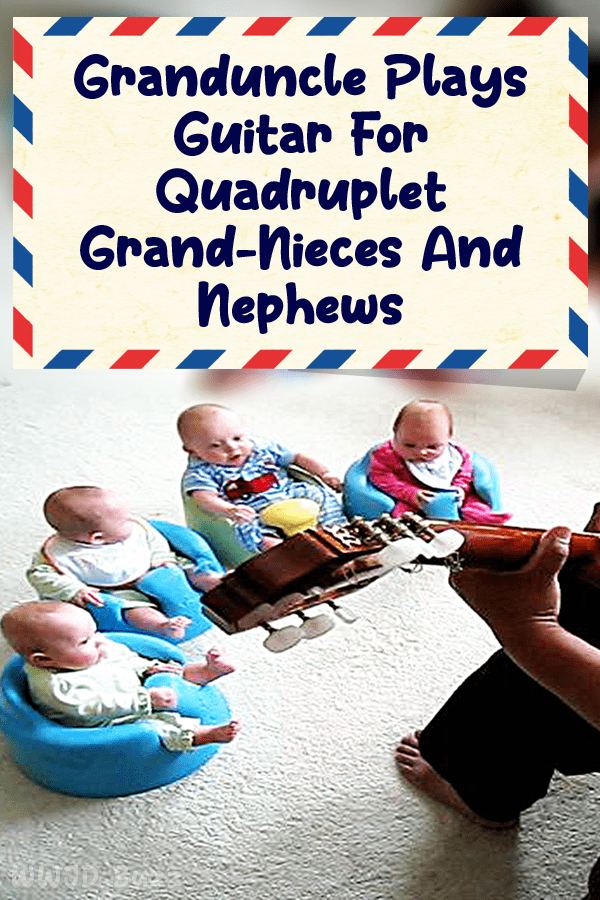