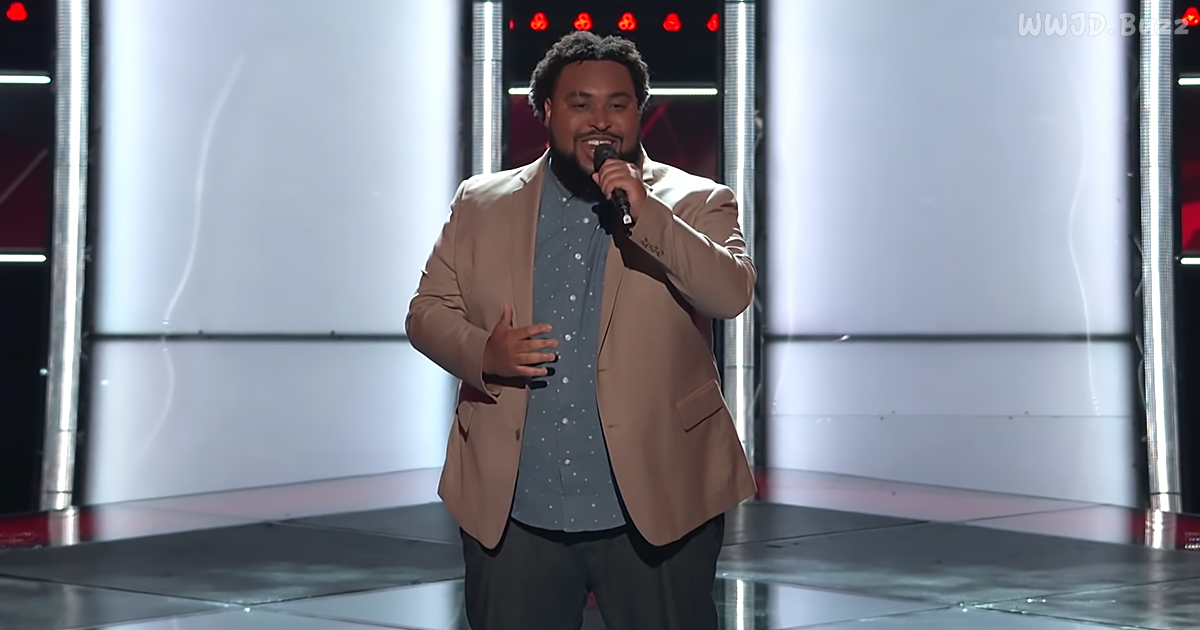 Church Singer Wows ‘The Voice’ With “I Smile”

Sometimes a singer comes along who is just plain refreshing.  Matthew Johnson from Jacksonville, Florida put a smile on everyone’s faces and just blew the judges away with his natural ease and talent.

After high school, Matthew chose to attend Southwestern Christian College in Terrell, Texas.  He’s a member of two a cappella groups and leads singing for his church in Jacksonville when he’s in town.

Matthew chose the Gospel song “I Smile,” released by vocalist Kirk Franklin in 2011.  He confidently took the stage for his blind audition and began his performance.  Before he could even finish his first note, coach Blake Shelton slammed his hand down on his red buzzer and turned his chair towards the huge voice coming from behind him.

The crowd started clapping along almost instantly, too.  Matthew just had a smooth, relaxing voice that made everyone want to smile.  Coach Adam Levine hit his button just seconds later.  Matthew’s soulful, easy vibe makes you want to dance and sing along.  In fact, John Legend did start dancing along from his chair.

Before much longer, the last two coaches, Kelly Clarkson and John Legend, turned their chairs for Matthew as well.  His flawless interpretation of the song and his quick, easy smile impressed every one of the judges.

Country superstar and celebrated ‘Voice’ coach, Blake Shelton complimented Matthew, “I didn’t want to miss one second of it. Big. Powerful.”  Despite Blake’s luck, Matthew took a chance and clicked John Legend as his coach.  It’s going to be interesting to see how far this incredibly talented man will go.

Zack Martin, a friend of Matthew’s and the minister of Cedar Springs Church of Christ in Louisville, KY described Matthew: “What you see is what you get with Matthew…The Matthew that America saw on TV for the first time is the same Matthew they would experience if they met him face to face,” Martin told The Christian Chronicle.” Music is his ministry and his gift and how he connects to people. He’s a really special guy.”

John Legend was the first to talk to Matthew. He told him, “Your voice is big, it’s powerful. You got range. Your energy just lit up the room.  We’re really excited to have you!”