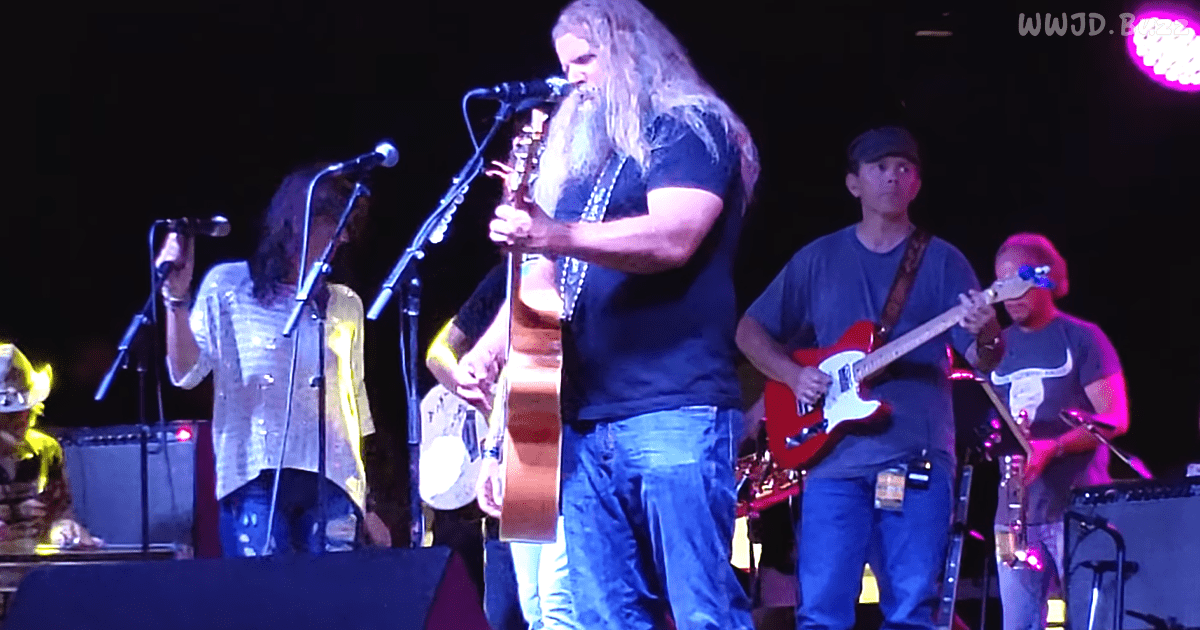 The Dukes of Hazzard hit the airwaves for the first time on January 26, 1979. The series, featuring cousins Bo, Luke, Daisy Duke, and Uncle Jessie ran until February 8, 1985, and was one of the most popular television programs of the time.

The show’s theme song aptly titled “Theme from The Dukes of Hazzard (Good Ol’ Boys)” which was written and recorded by country singer, Waylon Jennings, but another famed country crooner has recently taken a crack at it, Jamey Johnson.

While the country singer-songwriter may be flying under the radar a bit, he’s accomplished some impressive things in his career so far.  He’s released a total of five studio albums, making his single debut back in 2006 with “The Dollar.”  It peaked at #14.  His second album, That Lonesome Song was released in March 2008 and went gold-certified.  Jamey even had a song hit the Top 10 in 2009, the well-known song “In Color.”

Just as impressive as his own personal songs that he’s released is his co-authorship with other big names in the country music genre.  Jamey has co-written singles for chart-topping artists like Willie Nelson, Merle Haggard, Joe Nichols, and Jessie James Decker.

In 2006, Jamey co-wrote a song for the iconic George Strait.  The song, “Give It Away,” reached the #1 spot on the Billboard Hot Country Songs charts.  It impressively was awarded “Song of the Year” by both the CMA and the ACM.

Trace Adkins had tremendous success with songs that Jamey co-wrote for him as well. “Ladies Love Country Boys” hit the #1 spot in 2007, Trace’s first #1 in ten years. The other popular song, “I Got My Game On,” peaked at #34.

While performing in Choctaw, Mississippi with his close friend Cody Jinks, Jamey introduced the next song he was about to sing.  With a chuckle, he said to the crowd, “I don’t even have to ask – I know you know this one.”

He even surprised his band a bit with his choice, but they just went with it and joined in.  Jamey clarified, “I don’t think we’ve ever done this with the band! They’ve never done this…”

Within just a few bars, the crowd knew exactly what Jamey was going to play, and they cheered with enthusiasm.  Jamey and Cody were playing the song “The Good Ol’ Boys” from incredibly popular tv show Dukes Of Hazzard.

This laid-back, relaxed version of “The Good Ol’ Boys” was an enjoyable flashback for this well-known song.  Jamey took the lead on most parts, with Cody picking up harmony in spots.  For never playing the song together before, the band did an excellent job, especially since there were several spots for instrumental solos.

It was so much fun watching Jamey Johnson and Cody Jinks play and sing this piece of nostalgia from the much-loved show The Dukes of Hazzard.  Jamey and Cody were the perfect choices to perform this song.