Barry Darcy got out of bed one day and couldn’t walk. With the help of his wife he went to the doctor and found out that he had a disc in his back that was pinching an important nerve.

There was a good chance he would never walk again, it was fifty-fifty. His wife stepped up to take over the household while also helping him get better.

It was a difficult time in his life that he couldn’t have gone through without his family. He was incredibly thankful for their support. The judges of Ireland’s Got Talent was captivated by his story. 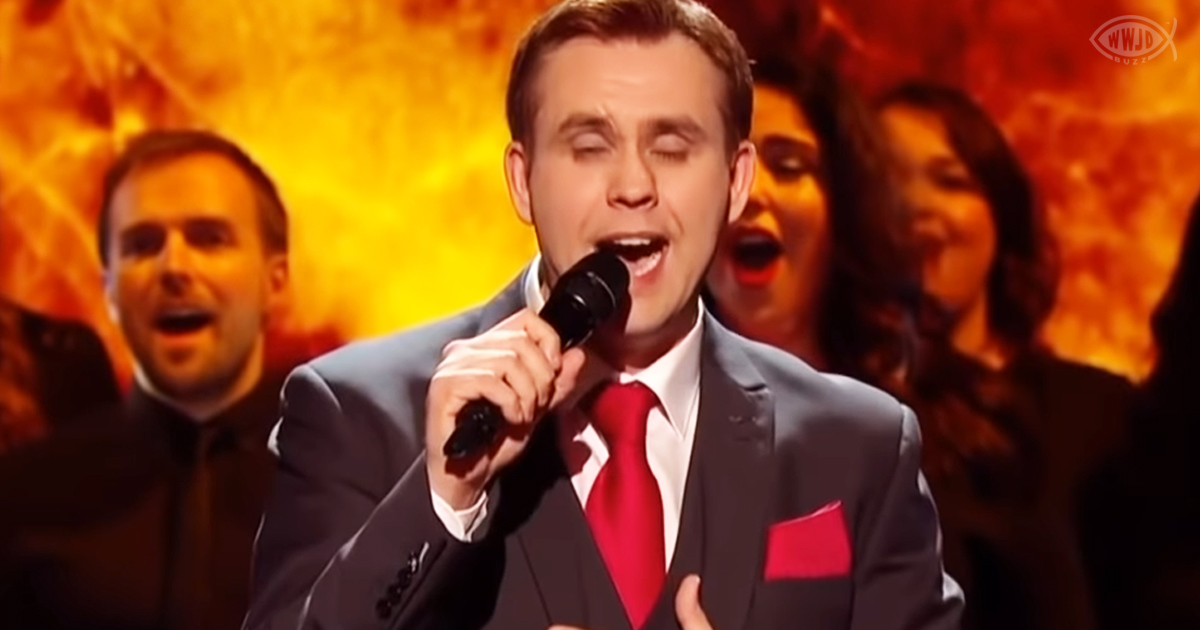 After his audition, he got the Golden Buzzer for his performance of Elvis Presley’s ‘The Wonder of You.’ He was confident, strong, and his voice was mesmerizing.

When he got to the semi-finals he wanted to dedicate his performance to his beloved wife who had been there for him throughout the entire endeavor.

He picked the perfect song, ‘Wind Beneath My Wings’ by Bette Midler. Standing on the stage, looking dapper in a suit, he sang with all his heart. This was a man who was once in a wheelchair.

Barry Darcy sang with all his heart, thinking about his wife and kids. The raw emotion instilled in his voice was enough to capture the attention of everyone listening. This was a man who faced the impossible and won.