The live audience of The Ed Sullivan Show were given the rare opportunity to see composer Irving Berlin sing ‘God Bless America.’

Irving Berlin was already one of the most beloved songwriters and composers in American music and film, which made his performance on The Ed Sullivan Show so special.

The American icon delivered a masterful rendition of the song he wrote, beautifully singing ‘God Bless America’ to a live studio audience. 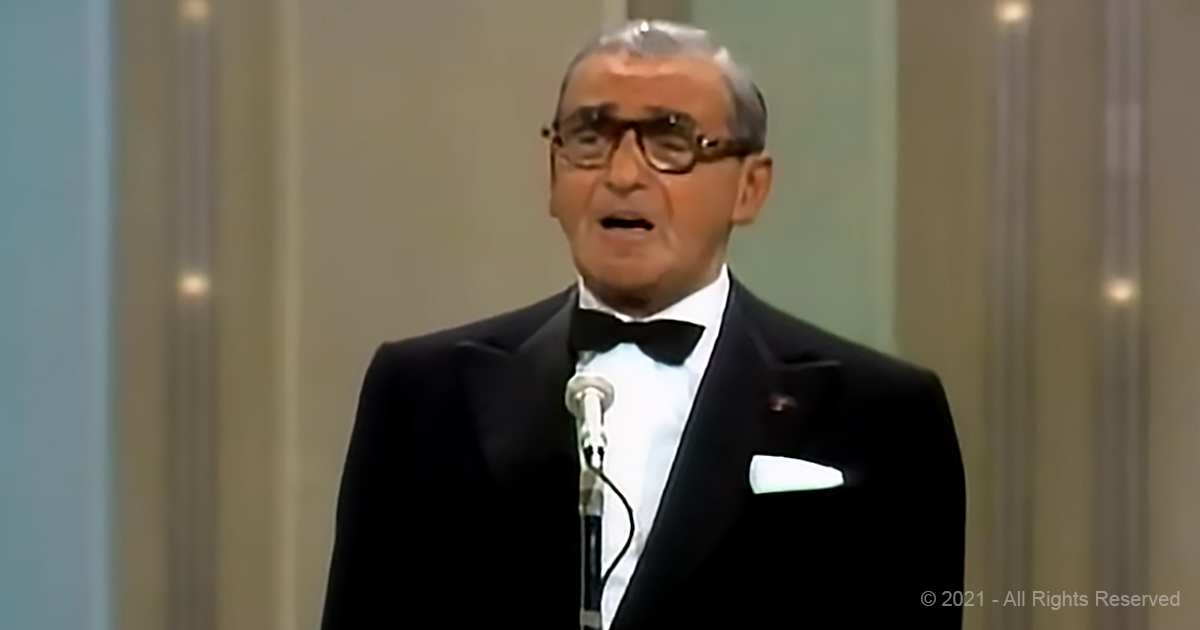 Fans in the audience that night as well as viewers across the country were given the rare opportunity to see the original songwriter perform his own song.

Berlin used the most of his opportunity, singing a heartfelt and touching tribute to America he had grown to respect and love.

This version of ‘God Bless America’ will stand the test of time, a showcase for an exceptional songwriter and gifted performer.