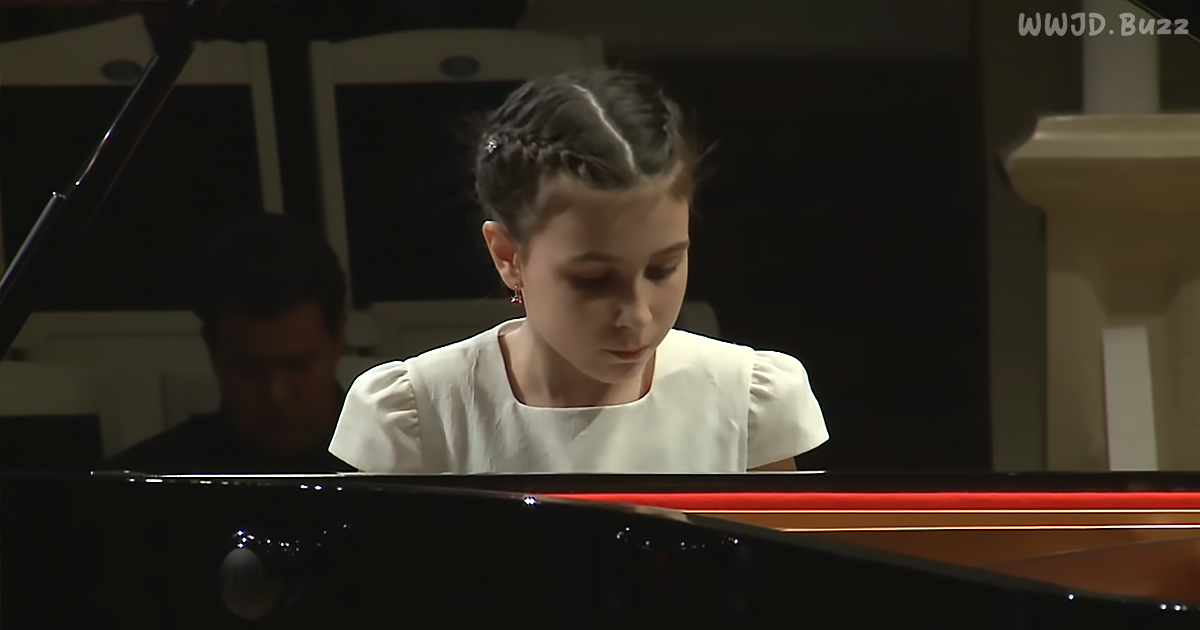 Move over “Flight of the Bumblebee.” There might be a harder song to play, and twelve-year-old child prodigy Alexandra Dovgan is showing us how it’s done. This young piano player has an impressive number of awards under her belt already, and she just started playing at the age of five. She has taken part in various international music festivals and events and has toured Russia and other parts of the world at such a young age.

In this clip, Alexandra is competing in the 2018 Grand Piano Competition. She sits at the piano in a simple, white dress and dives right into “Concerto for Piano No. 1 in G Minor, Op. 25” from Felix Mendelssohn-Bartholdy. Her joy for playing is evident right from the start. She even starts singing along during certain parts of the song.

Alexandra’s fingers effortlessly fly over the keyboard, hitting each note perfectly. It’s hard to believe that it’s her playing. You almost look around to see if there’s someone else playing behind the scenes. She makes it seem as natural as walking.

It’s incredible to watch the expertise Alexandra shows as the song progresses. Despite the sheer volume of notes, she crams into each second; she still manages to incorporate excellent dynamics. The level of difficulty of this piece is mind-blowing.

At one point, the piano and orchestra take turns as if they are holding a conversation – very, very quickly, of course. It takes an entire orchestra to match Alexandra’s performance.  This young girl is larger than life. One more thing to take into consideration: all of this is memorized!

I showed this to my husband who is a piano teacher, and let me tell you what he said: “Most of my 10-year-old students can’t play a complete octave because their hands aren’t big enough. They’d go straight to the hospital with flaming tendons if they tried what she does at 2:44. There are very few pieces that are out of this girl’s reach!”

Alexandra’s performance wowed everyone, including the judges. She won first place in the competition. You’ve got to watch this video; your eyes won’t believe it.