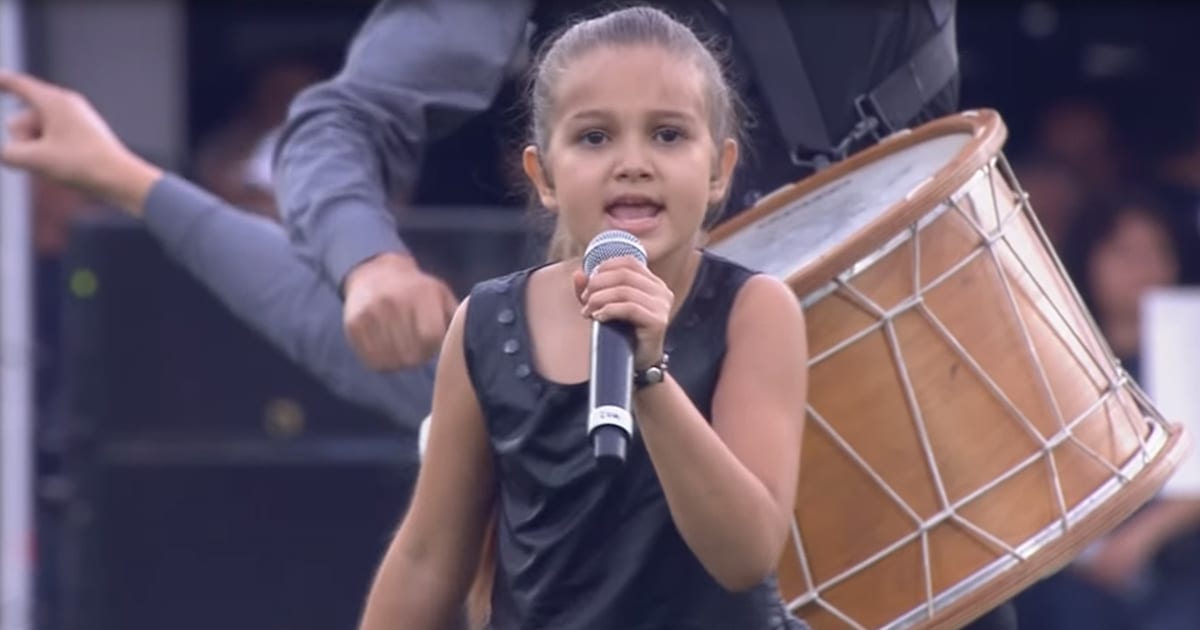 Queen is one of the greatest bands of all time. They’ve released so many number-one hits that it’s hard to keep track. Their songs have been covered by a myriad of artists and often are used as background music for performances.

A young girl from Bulgaria named Polly Ivanova was invited to sing the iconic song “We Will Rock You” at a sporting event. Even though she’s just a kid, that didn’t stop her from putting on one fantastic show.

The video below shows a massive crowd in a sports arena, the event was also being filmed for Youtube. “We Will Rock You” is one of those songs that’s meant to be clapped along with, and the audience doesn’t hold back.

With the drumline hitting every beat flawlessly, Polly starts to belt out the classic lyrics. It’s shocking to see someone so young perform like a professional with years of experience. Since this performance, she’s uploaded several cover songs that garner plenty of attention.