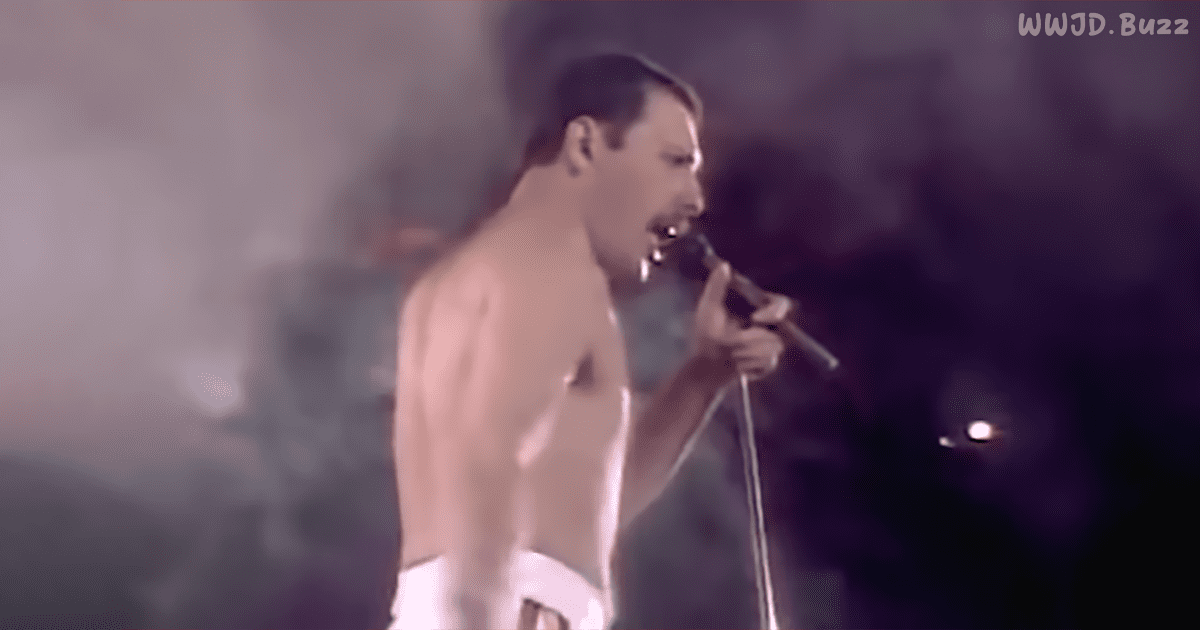 Released by Queen in 1977, “We Are The Champions” is one of the most popular songs in the history of rock, and according to several polls, among the greatest. There’s no question it earned a place in the Grammy Hall Of Fame.

Scientific researchers have even determined that it’s the catchiest song of all time. Appropriately enough, “We Are The Champions” has become a sports anthem, sung by fans of victorious teams. FIFA, the governing body of international soccer, chose it as the official theme song for the 1994 World Cup.

Computer technology has made it possible to identify the waveform of Mercury’s voice and then separate it from the instrumental sound.

Using this high-tech method, Mercury’s voice has been lifted from a recording of “We Are The Champions,” giving the world a whole new way to experience the artist’s extraordinary voice.

In the video posted below, we get to hear him singing acapella over silent clips from a number of concerts and recording sessions. As you can hear, in “We Are The Champions,” Freddie Mercury was truly a beautiful and powerful tenor!

Do you rock to Freddie Mercury? Were you amazed by this video tribute to his extraordinary voice? We’d love to know, so tell all in the Facebook comments. Also, be sure to like and share so your friends don’t miss out on this musical treat.