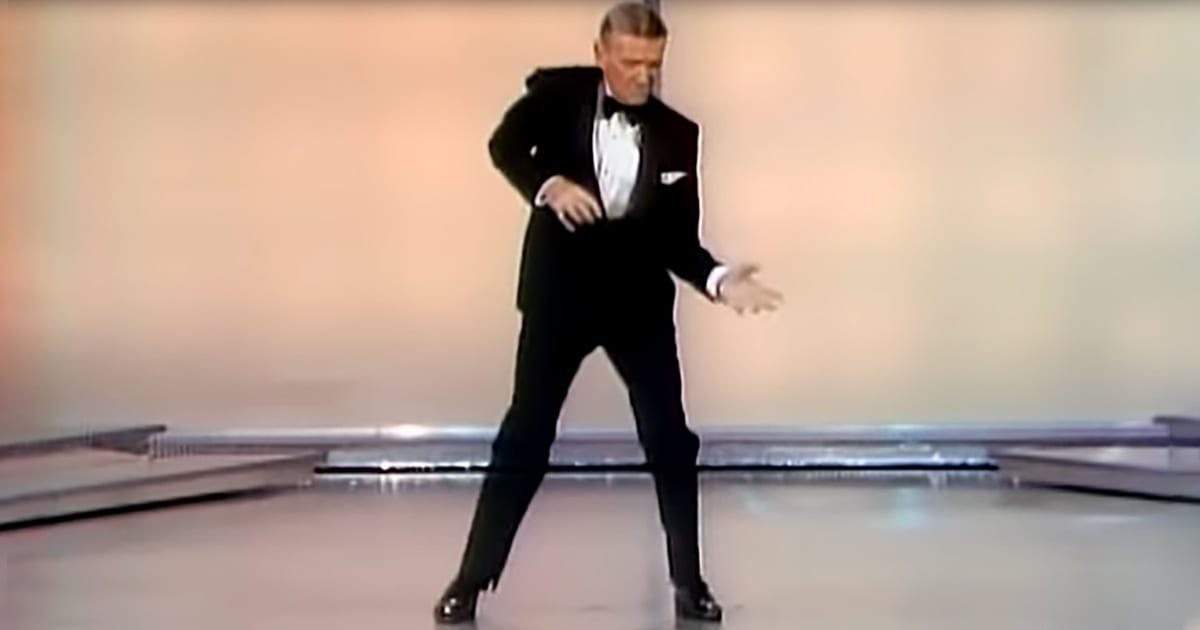 There aren’t many performers who are as talented, charming, and witty as Fred Astaire. It takes a lot of confidence and skill to have a career as he did. The legendary actor and dancer even hosted a segment of the 1970 Oscars.

Astaire was joined on stage by none other than Bob Hope. The two politely introduce an award to Arthur Rubinstein but quickly followed with a wholesome comedy routine. After Rubinstein gave a speech for winning, Astaire let loose.

He tried to do a little jig on stage but mentions that he can’t move as he used to in his prime. Bob Hope then says Fred’s going to dance tonight for the audience and casually walks away. We then watch as Astaire goes after him but breaks into dance along the way.

It’s clear that Fred Astaire still had the incredible ability to move on stage, unlike anyone else in the business. The audience went wild for the electrifying performance, and without missing a beat, Astaire begins a speech for the next award category.